Have you lost your Herndon High School class ring? Have you found someone's class ring? Visit our Hornets lost class ring page to search for your class ring or post information about a found ring.

After serving this country for twenty years, he was not treated or assessed well by VA. He took his life in October 2017–via handgun. He is survived by five daughters and a grandson.

After serving the USA for twenty years, he was denied proper care by his own government. Suicide via handgun, 08 Oct 2017. He is survived by five daughters and a grandson.

Debra Lyn Nolan (Debby Hufford) of Sterling, Virginia passed away after a long battle with cancer.
Debby was born on December 30, 1960 in Columbus, Ohio, and Debby grew up in Reston, Virginia. She received a Bachelor’s degree and a Master’s degree from Old Dominion University in Norfolk, Virginia, and she worked as a writer and editor,
Debby is survived by her husband of 32 years, Christopher C. Nolan (HHS '78); their daughters Lindsay Maureen Nolan of Leesburg, Virginia and Colleen Ann Nolan of Virginia Beach, Virginia; her parents James N. Hufford and Nancy J. Hufford of Reston, Virginia; and her brother J. Stephen Hufford of Atlanta, Georgia.

Fielding Allyn (Skip) Perry, March 17, 1959 - December 4, 2017. Brother of Janelle (Perry) Breiding, Class of 1975, and Jennifer (Perry) Kolbinskie, Class of 1980 (moved away prior to graduation). Stroke. From Jennifer's FB page: "He was one of the most intelligent people I ever knew, his knowledge of history and the Bible never ceased to amaze me. He should have been a teacher, but it was not to be. A combination of poor health and a lack of confidence robbed him of any success he may have achieved. He loved books, music and animals. I loved my brother and want him to be remembered. Rest in Peace Skip."

Suddenly from heart attack, after clean bill of health, he was not only my brother but also my best friend. I will miss him. 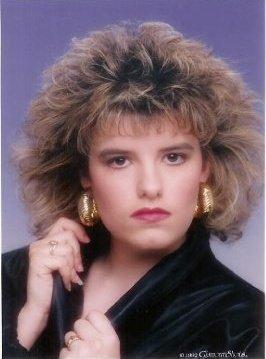 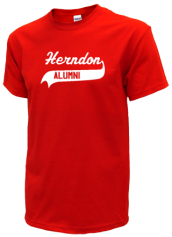 Read and submit stories about our classmates from Herndon High School, post achievements and news about our alumni, and post photos of our fellow Hornets.

Want to find a Home