Melissa Torres
Class of 1998
Army, 6 Years
I was an Ammunition Specialist for 4 years and a Military Intelligent Specialist for 2 years. I was medically discharged in Jan 06. Now I am a disabled veteran.
Report a Problem

Michael Hernandez
Class of 1973
Marine Corps, 20+ Years
My "Tour of Duty" was: 4 Sept 1973 through
30 Sept 1993. I retired @ the Rank of MSgt. (E-8)/ MOS: 0491. I started out in the "Air Wing" working w/ the F-4J's, and then served a tour of "Marine Security Guard Duty" (U.S. Dept of State), assigned to AmEmb-Madrid, Spain. After pulling a tour of Embassy Duty, I had transferred to the Ground Force(s), in the Logistics Occ Field.
I was also deployed w/ the 22nd Marine Expeditionary Unit (MEU) of the Landing Force - U.S. Sixth Fleet (LF6F) while stationed @ Camp Lejeune, NC. I also made four (4) deployments to Korea, during my two (2) tours of duty in Okinawa, Japan. "I, personally, Salute all U.S. Military Veterans" of the NFA Alumni, who had Honorably served! Semper Fi. Hernandez USMC.

Michael Moskowitz
Class of 1973
Navy, 20+ Years
USNR for more than 26 yrs. Currently deployed overseas in the War on Terrorism!
Report a Problem

Richard Sheppard
Class of 1974
Army, 20+ Years
I retired in 2005 as a Lieutenant Colonel after 30 years. I flew Blackhawk helicopters and served in combat in Grenada 1983 and Iraq in 2003. I live in Florida
Report a Problem 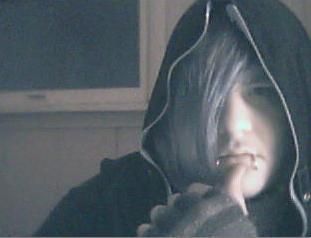