Was elected for best smile in 98 yearbook, played soccer his jersey t-shirt # was 8

After her passing, a memory book was made by and for everyone who was touched by Amanda's life. Copied below are a few thoughts from the people who loved her... (and love her still)...

Dad: "I want to continue eulogizing my lovely daughter, now and forever, using a few words that capture the essence of her:
- Always pretty and often beautiful.
- A pint sized firecracker with a gentle loving heart and soul.
- Boundless energy and a contagious ability to enjoy life.
- A wonderful and enthusiastic hostess, thrilled by any opportunity to share the beauty and peace she found in where she lived.
- A natural cheerleader; I benefitted - benefit still- from her encouragement to be who I am.
- A role model in courage. "

Lauren (sister) : "You're always in my thoughts...
Alive and safe in my heart...
My sister. My friend. What a precious gift.
I love you.
P.S. "Worship the cows"


Pat L - boyfriend : "In just a few short months, Amanda became my life. She was the reason that I wanted to wake early each morning and the last person I wanted to see before I closed my eyes. Each night, I couildn't wait to put my arms around her and tell her how much I missed her that day. Maybe Amanda thought I was being kind to her because she was sick, but that wasn't it at all - I hope she knew me well enough to read between the lines and see that she was the most important person in my life and I wanted it to stay that way.
I know she was not perfect.
But she was perfect for me.
I will always miss the girl who has my heart"

Kathie (sister / me):
""Amanda's sense of humor was truly a gift from which we all benefitted. It was her way of expressing affection, of reaching out and connecting to the people who touched her life.
I feel fortunate to have been the "butt" of many of her jokes because I knew - I KNOW -that it meant she cared.
Amanda's life, her memory and her incredible ability to find humor in any situation will live on in my heart for the rest of my life. I am thankful for the privelege of knowing Amanda, of watching her grow in to the courageous person she became and for the honor of calling her my "little sister". Amanda packed more living in to her 24 years than most of us do in a lifetime..."

Anthony passed unexpectedly in August 2008. He is sadly missed by all those who knew him.

Ms Arlene Lanai Jacobs of Jacksonville, FL. passed away September 2, 2007. She was a native of Newburgh, NY and a graduate of Newburgh Free Academy Class of 1986. She was employed by the Weiser Security Company. Survivors include her mother, Mrs. Gladys Jacobs; daughter, Lybra Jacobs; sons, Jelani Jacobs and Tariq Jacobs; her loving and devoted companion, Warren Roussell; sisters, Mrs. Patricia Stephens (Willie) and Joni Jacobs; aunt, Mrs. Arlene Murphy; special nephews, Michael Townes and G. Derrick Patterson; a number of aunts, neices, nephews, cousins, other relatives and friends.
She was predeceased by her father, John Jacobs; and brother, Francis Williams.

Funeral Service will be held at 2 PM, October 5, 2007 in the Rufus E. Payne Memorial Chapel of the mortuary, Pastor, James Pop Williams, officiating.
Ms Jacobs memoralization will be by cremation.

Bevery "Sisco" Foster died after a long battle with heart diasese of a heart attach. Last 8 years she lived in Crystal River, Florida, before that Middletown NY. Her Husband Connie Foster prdecesed her, she had two children Chris Foster of Middletown and Deb Mintz of Ocala, FL.

Brenda Morrison of Newburgh, NY a longtime resident since 1955, died Saturday August 9th 2008 at home. She was 58.
The daughter of the late Leo & Gladys Greer, she was born August 11, 1949 in Port Jervis, NY.
She is survived by her two daughters Nicole Hayes and Michele Hayes of Newburgh, NY and two sons Cleon and Dion Hayes of Newburgh, NY.
"The Family" "We Miss & Love You Always"

Born in Newburgh, NY on April 11, 1980, he was the son of Kenneth and Marlene V. Colantuono Kilpatrick of Walden.

Family statement reads: "Brian was a loving and devoted son, brother, uncle, nephew and friend. He will always be loved and missed by all who knew him."

Brian was a member of the Newburgh Bowling Association. Brian accomplished the feat of bowling 300 in four separate games as well as bowling an 813 series. Brian was a dedicated fan of the band "Queen" and traveled far and wide to see his favorite band. He loved his New York Mets.

Funeral services will be held on Thursday morning at 10 a.m. at the DiDonato Funeral Home with the Reverend James Kilpatrick officiating.

Famous journalist for NY Post till 1995.Mother of two, Pamela(deceased) and Robert. Died of cancer.

Catherine became one of the renown journalist of the NY Times until her retirement at age 75.
If no one could get the story, Catherine could.
She was married and divorced with two children.
We will miss her sharp tongue and wit.

CATHERINE ROSE GILL WAS BORN FEB 12 1926...SHE LIVED IN NEWBURGH N.Y. SHE MARRIED WALTER SEPTIMUS ROSS FROM THE BRONX ,N.Y IN 1946... THEY HAD SIX CHILDREN......I'M WRITING ON BEHALF OF MY MOTHER.....I DON'T KNOW IF THERE IS ANY ONE THAT MIGHT HAVE A PICTURE OF HER OR REMEMBERS HER....IF THERE IS A YEARBOOK FROM MY ESTIMATE OF THE YEAR SHE GRADUATED PLEASE CONTACT MY E-MAIL ADDRESS.......ROSEMARIEAGUIRRE65@GMAIL.COM I HAD HER WEDDING PICTURE BUT IN MOVING THEY LOST THE ALBUM WHICH I WILL NEVER RECOVER FROM.......I AM SO HEART BROKEN FOR THAT LOSS......IF THERE IS A RELATIVE I FIND THAT HAS A COPY I WILL SEND IT.. GOD WILLING........SHE WAS SO PRETTY.... WE , HER CHILDREN NOW IN OUR 60'S ALL GREW UP IN FOSTER HOMES....BUT WE STILL HAVE SOME MEMORIES OF THEM...... CATHERINE ROSE GILL HAD A YOUNGER BROTHER NAMED ROBERT STANLEY GILL JR. HE DIED IN 1970. MY ADDRESS IS 172-17 GRAND CENTRAL PKWY JAMAICA N.Y. 11432 I HOPE SOMEONE READS THIS......

Christopher Schneider, a former employee at C&S in Newburgh and LaFarge, passed away on Tuesday, January 13, 2009 at St. Luke's Cornwall Hospital, Cornwall Campus. He was 24.

A message from Chris aka CB (chrisy baby): "To my dearest family and friends, some things I'd like to say, but first of all, to let you know that I arrived okay. I am writing this from heaven, here I dwell with God above. When I am gone, release me, let me go, I have so many things to see and do, You must not tie yourself to me with tears, Be happy that I had so many years. I gave you my love, you can only guess, How much you gave me in happiness, I thank you for the love each have shown, But now it is time I traveled on alone. So grieve a while for me, if grieve you must, then let your grief be comforted by trust, It is only for a while that we must part, So bless the memories in your heart. I will not be far away, for life goes on, So if you need me, call and I will come, Though you cannot see or touch me, I will be near. And if you listen with your heart, you will hear, All of my love around you soft and clear, then when you must come this way alone, I will greet you with a smile and welcome you home."

The family will be present to receive friends on Friday, January 16, from 2-4 & 6-9 p.m. at Coloni Funeral Home, 3001 Rt. 9W, New Windsor, NY 12553. A Mass of Christian Burial will be celebrated on Saturday, January 17, at 11 a.m. at Sacred Heart Church in Newburgh. Interment will follow at Calvary Cemetery in New Windsor.

Danny died shortly before our 25th reunion. He and I go all the way back to New Windsor Elementary School. So the news hit me hard at the time (1994).

Darin P. Maher of New Windsor, NY, and an owner of Ascar Viking Construction & Masonary Co., suddenly entered into rest Sunday, July 6, 2008 at home. He was 40.

The son of Dennis and Joan Lee Kurz Maher, he was born August 31, 1967 in Newburgh, NY. Darin was a 1985 Newburgh Free Academy graduate.

Family statement, "Darin loved doing his tattoo's and art. In his heart he was a true Viking. He was an all around good and fun guy. The life of the party, he will be missed by all that knew him. Our hearts are broken for losing our true Viking."

Visitation will be Thursday evening, July 10, from 5-9 p.m. and funeral services will follow at Doulin Newburgh Funeral Home, Inc., 318 N. Montgomery St., Newburgh. Cremation will be at the convenience of the family.

Dawn Marie McCurry-Pryor, 46, of Largo, FL, originally of Newburgh, NY, was called home on November 5, 2008, where she will be met by her loving grandparents, Dominic and Caroline Cortiglia and special aunt, Bernice Stellitano.

Dawn loved life and lived it to the fullest every day, she was the most loving daughter, wife, mother, nana, sister and aunt her family could ask for. She will be greatly missed by all who were honored to know her.

A graveside service for burial of cremains will be held at Calvary Cemetery, New Windsor on Friday, June 19, at 1:30 p.m. in the afternoon with the Reverend William Scafidi officiating.

Dawn's life can be viewed on www.MeM.com where family and friends may leave online condolences.

The daughter of Virginia Wilson, she was born November 2,1964 in West Point.

She was the wife of Bruce Anniballi.

Mrs. Anniballi was a press operator at the West Point Mint and a former employee of Shop Rite in Vails Gate. She was a member of the Cornwall United Methodist Church.

Funeral services will be held on Monday, June 4, at 11 a.m. at the funeral home, with Pastor Robert Milsom officiating. Burial will be in Woodlawn Cemetery, Rt 94, New Windsor.

Special thanks to Debbie's West Point Mint Family for all their love and support. 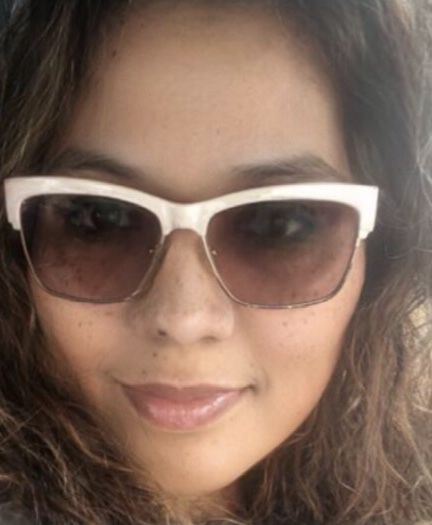