Albert F. Hinton
Class of 1954
Army, 3 Years
Three years in the active army. Two and a half on Okinawa, Chemical Supply Sergeant, Ryukyu Islands and IXth Corps.
Report a Problem

Anthony G. Garcia
Class of 2004
Navy, 4 Years
I am an active duty Navy PS stationed currentley with the seabees in MS
Report a Problem

Brad Hoelscher
Class of 1967
Air Force, 20+ Years
Graduated from West Point in 1971, entered the USAF and finished in the USAF Reserves. Led intelligence operations flights, a detachment, and an autonomous 150 member squadron; staffed at Sec of AF, DIA, 2 MAJCOMs, AF/IN and USTRANSCOM.
Report a Problem

Briana Noble(Bardin)
Class of 1994
Army, 3 Years
Served on active duty as an Ammunition Specialist for 3 years before being medically discharged.
Report a Problem

Catherine Henriksen
Class of 1972
Army, 6 Years
Cathy enlisted into the Army as a Medic in 1977. She was stationed in Kaiserslautern, Germany and Bitburg, Germany during two different tours to Germany.
Report a Problem 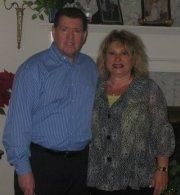