Some of the remaining members of The Royales (Bill Doderer, Ton Hiten, Mike Roscino and myself) are still making music and have posted a video for the upcoming Class of '67 reunion. Check it out if you have the time: https://www.youtube.com/watch?v=tGRjgEM_mQo

They say you can't go home again! I graduated class of 1963. Just published my first book. Author Petite Belle Hammonds, Petite Belle How I got my name. I will begiving a book signing - discussion on August 25 , 2012 at Newburgh Free Library, at 11A.M. love to see you there. For more information about the author visit Authorhouse news press release/ Petite Hammonds. Phone 770-895-5183. email eachonereachone7eachoneteachone7@yahoo.com

I have just celebrated my 88th birthday and am living in Burlington Vt. This year represents my 71st anniversary since HS graduation! How many folks remember my family's candy store and pool room on Renwick Street, Hoffman's? My dad Herman Hoffman ran the store from WWI through his death in 1966. i would love to hear from anyone who remembers me or the store.

Colleen
Colleen and Dave have a daughter, Harlie, 6. The day of the interview, Colleen was trying to schedule around Harlie's class trip, which took place on the same day we were to meet. At that age there are birthday parties to go to, class trips and clothes shopping. You can usually find Harlie at the shop playing video games under the steps with Danny's son, Danny Jr., 9.

Colleen juggles taking care of Harlie, volunteering at her school and working 6 days at the Moto Mall. We arrived at the Moto Mall to take a couple photos for my article and were greeted by none other than Harlie, who had in her hand a phone number written on a piece of paper. She was planning on calling Mom 'cause she wanted a ginger ale. Being a mom never stops.


The Full Story and picture are on this this link:

PARSIPPANY -- Stanley J. Lavine passed away on Thursday, Sept. 27, 2007 at Atlantic Hospice in Care One at Madison Avenue in Morristown. He was 74.

He was born and raised in Newburgh, N.Y. before moving to Parsippany in 1969.

Mr. Lavine served in the Army during the Korean Conflict from 1953 until being honorably discharged in 1955.

He graduated from the University of Miami in Florida in 1959, where he received his bachelor's degree in mathematics.

He worked as a computer systems analyst for 30 years. He later was employed by the state Department of Labor as a senior interviewer for veterans services.

Survivors include his loving children, Bruce and his wife, Zalina of Miramar, Fla., Mark and his wife, Marcia of Pinecrest, Fla., Scott and his wife, Kelly of Newton, and Laurie Jansen and her husband, Rick of Parsippany. He also is survived by his six cherished grandchildren and his treasured great-grandson.

Relatives and friends are invited to attend his Funeral Service on Sunday, Sept. 30, at 10:30 a.m. at the Par-Troy Funeral Home, 95 Parsippany Road, Parsippany, (973) 887-3235 or visit www.partroyfuneralhome.com. The family will receive their friends from 9:30 a.m. until the time of the service.

Race for the Cure!

On June 3, I will be running the San Diego marathon to raise money for the Leukemia & Lymphoma Society.
Please visit my site and make a donation: http://www.active.com/donate/tntnonj/tntnonjJVazque 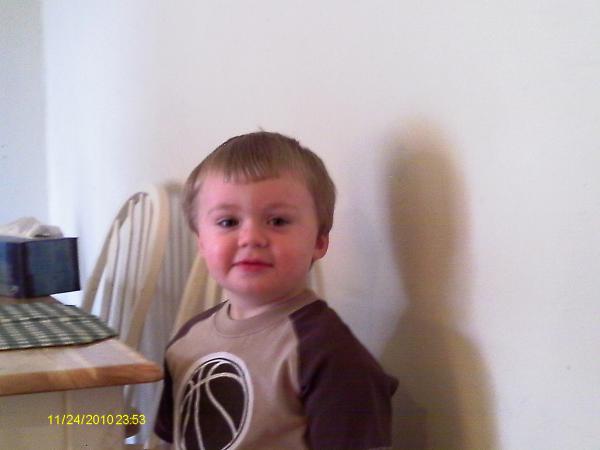 Posting your Newburgh Free Academy High School news is easy! Enter the title for your article and all the details that explain what is happening. Please refrain from posting reunion information on this page.