Have you lost your Concordia High School class ring? Have you found someone's class ring? Visit our Panthers lost class ring page to search for your class ring or post information about a found ring.

My brother Craig passed away after suffering from Myasinia Gravis, a disease that affects the muscles and immune system.

Denise (Rose) is what she wanted to go by after high school. She was diagnosed with cancer in 1998 we thought she licked it but in 2004 it came back with a vengance, she lost her battle Feb. 1st 2005.

Dennis L. Thoman was born on February 3, 1947 in Denver, Colorado to Ted H. and Nettie Jean Carr Thoman. He passed from this life on Friday, January 4, 2008 at Memorial Home in Moundridge, Kansas at the age of 60. He graduated from Concordia High School and attended Cloud County Community College. He was drafted into the Navy and served 2 tours in Vietnam. After returning from the war, he farmed in the Concordia area. He was a Concordia area resident most of his life until illness forced him to move to Moundridge, KS. He was a loyal and avid Optimist Club Member of Concordia where he served as a Lt. Governor for his club’s district. He also was a member of American Legion Post #76, Concordia. He is survived by his daughter, Jannette Petz and hus. Troy, Burrton, KS; father, Ted Thoman, Jamestown, KS; brothers, Lowell Thoman and wife Mary Lisa, Concordia, KS and Greg Thoman and wife Kathy, Jamestown, KS; sisters, Lisa Mosher and hus. Steve, Clyde, KS; grandchilren, Christopher Thoman, Destiny Petz and Eric Petz all of Burrton, KS. He was preceded in death by his mother, Nettie Jean Thoman and his step-mother, Wilma Jean Hopkins Thoman. Funeral services will be held at 1:30 PM on Monday, January 7, 2008 at Chaput-Buoy Funeral Home, Concordia with Rev. Dean R. Frazier officiating. Visitation will be held from 2-9 PM Sunday, January 6, 2008 at Chaput-Buoy Funeral Home where the family will greet friends from 6-8 PM. Burial will follow the services at Danish Lutheran Cemetery, Jamestown, KS with military graveside honors conducted by American Legion Post #76 and VFW Post #588. The family suggests memorials to the Concordia Optimist Club or Harry Hynes Hospice.

Gayle Lynn, beloved wife of James L. Holt, loving mother of Stefan Holt, Jonathan Holt, and Amy Holt Ericson, sister of Wendell Ganstrom, also survived by 13 grandchildren. Passed away on Tuesday, May 7, 2013 at the age of 65. Visitation at the Gwen Mooney Funeral Home, Elden Good Chapel, 2620 Erie Ave., on Friday from 4-7 PM. Funeral Service at Christ Church at Mason, 5165 Western Row Rd., on Saturday at 1 PM. Memorials may be directed to the Child Hope International, PO Box 9367, San Jose, CA 95157 or the American Cancer Society . Condolences may be sent through www.springgrove.org - See more at: http://www.legacy.com/obituaries/cincinnati/obituary.aspx?pid=164695313#sthash.LUcMjuoJ.dpuf

My sister Kathy died after suffering from complications of COPD. She had 3 kids and several grandchildren.

Salina Journal – Jul. 18, 1997
Stephen Mark Sterling, 49, Salina, died Tuesday, July 15, 1997, at his home. Mr. Sterling was born Aug. 22, 1947, at Concordia and was a Salina resident since 1970, moving from Concordia. He owned and operated Steve's Texaco for three years, Steve's Kerr McGee for 10 years and Steve's Coastal for seven years.
Survivors include four sons, Michael of Childress, Texas, Jeffrey of the home, Jeremy and Jonathan, both of Salina; his mother, Rose Sterling of Concordia; three brothers, Kale, Robert and Jason, all of Concordia; and a sister, Rosalie Coash of Texas.
The funeral will be at 10 a.m. Saturday at Geisendorf-Rush Smith Funeral Home, 401 W. Iron, the Rev. Harry Tysen officiating. Burial will be in Pleasant Hill Cemetery, Concordia. Memorials may be made to Stephen Sterling Memorial Fund in care of Nations Bank, Salina. Visitation will be from 6 to 9 p.m. today at the funeral home, Salina 67401

Steve Townsend, 64, passed away at his home in Shawnee, Kansas, on May 30, 2015 following a strong-willed battle with cancer. Born on November 14, 1950 in Concordia, Kansas, the son of Dean and Pearl Townsend, he was the second of three children. Steve grew up in Concordia, graduated from high school, and then attended Kansas State University, majoring in computer science. Following graduation from KSU, he worked as a software programmer before earning his MBA and Juris Doctorate at the University of Kansas. After graduation from law school, he worked for the accounting firm, Deloitte & Touché, as a tax attorney. He then joined the law firm of Dickerson and Andrews. In recent years he specialized in tax services with Rolf Perrin & Associates. Steve’s passion was spending time with his family and friends at their second home on the Lake of the Ozarks. He loved building and fixing things—nothing was too great a challenge for him. Steve is survived by his wife, Rose; step-son Ronnie; step-son Greg and wife Amy; grandsons, Hayden and Dayton; brother, Ron and wife Karen; sister, Nancy and husband Dave; nieces Shelby, Sara, Stephanie, and Susan. He was preceded in death by his parents. 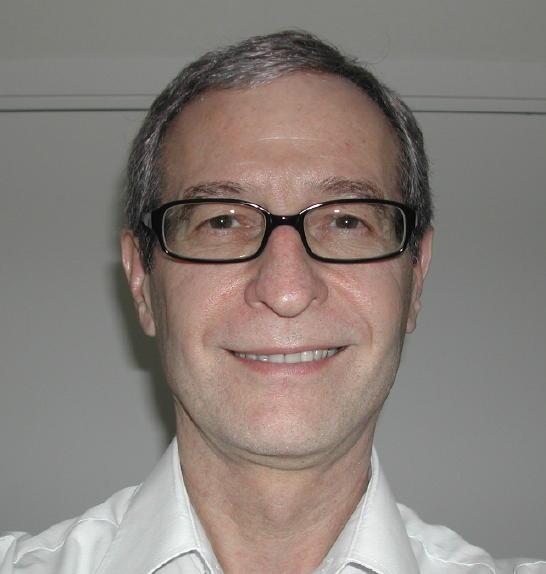 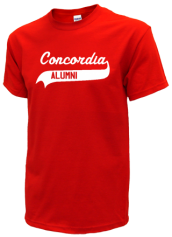 Read and submit stories about our classmates from Concordia High School, post achievements and news about our alumni, and post photos of our fellow Panthers.