Adrienne passes away in Port Charlotte, Florida from a number of diabetic related illnesses.

Barry had an amazing sense of humor and a lightning-fast wit. He loved to make his family and friends laugh, even as he spent the last two years of his life in and out of hospitals and skilled nursing facilities.

Barry’s early life was a moving experience. In fact, he lived in Adelphi, MD, Charleston, WV, Richmond, VA, and Wheaton, MD all before he was seven years old. By the time he was ten, his family settled in Silver Spring, where Barry started his life-long habit of making good friends, some of whom knew Barry for over fifty years.

As a child, Barry had a hammer for a rattle and a nail for a pacifier. His love of woodworking and construction began at a very early age. At the age of twelve, he was the project manager and did most of the construction work to finish his basement for his Bar Mitzvah reception and to build a cedar closet for his mother.

Growing up, Barry was a swimmer on the Forest Knolls Swim Team. While he enjoyed swimming in many different events, he was best remembered for his butterfly. His love of swimming led to working several summers at Daleview Pool as a lifeguard.

After graduating from Northwood, Barry studied Industrial Arts Education at the University of Maryland. Upon receiving his degree, Barry worked as a long-term substitute teacher at several Montgomery County schools, including Northwood.

Barry's career took him in many directions, but kept coming back to his talent for all things do-it-yourself. Early on, he worked independently as The Wood Tailor, crafting cabinetry and other custom-designed projects. He also worked at Home Depot. He developed his talents as a project manager at The Great Indoors and perfected them at Smiley Renovations.

After Barry's father died in 1983, Barry stepped up to help his mother run the family-owned gift shop, The Unendangered Species, first in White Flint Mall, and then in Ballston Common. His talent for befriending customers was as evident as his ability to see the world in sixty-fourths of an inch. Barry could look at a store display, move one or more objects an imperceptible amount, and then pronounce the display was now “Barry perfect.” It would not be surprising to find out that when Barry met G-d at the Pearly Gates, Barry brought his WD-40 so the gates would not squeak when he entered, and then aligned the gates so that they correctly closed together. He then likely told G-d the Gates were now “Barry perfect” as he entered the Kingdom of Heaven.

Barry was a splendid son, bodacious brother, noble nephew, creative cousin, unbelievable uncle, great great-uncle, fantastic friend, and a husband that was second to…his two ex-wives. Barry, his brother and his three sisters were like a starfish—five siblings stretching out in the world in their own ways, while always staying connected in the center. Now, having lost one of their arms, his siblings may forever be off balance, but their love for him and memories of him will keep them always moving forward.

Carole passed away after a very short bout with cancer.

Mr. Kearns was the Vice Principal at Northwood during the early 60's.

As originally published on Saturday, October 16, 2010.

Carroll R. Kearns, 88, of Frederick, died Friday, Oct. 1, 2010, at Frederick Memorial Hospital.
He was born Oct. 4, 1921, in Monongah, W.Va. His life was full and accomplishments were many. Mr. Kearns served in the Army Air Corps, Pacific theater in World War II. After his military service, he attained a master's degree in education in 1949. He continued his career in education as a teacher, football coach, assistant principal, and principal in Montgomery County until his retirement in 1979.
Mr. Kearns was active with the city of Gaithersburg from 1970 to 1998, where he resided for 50 years. He was a city councilman, served on the Planning Commission, Board of Zoning Appeals and Gaithersburg/Washington Grove Fire Board. He was awarded "Outstanding Citizen" in 1998. An active member of Epworth Methodist Church since 1958, he was chairman of the administration board, co-sponsored and created the preschool program. Mr. Kearns was a 50-year member of Masonic Lodge Pentalpha 194 of Gaithersburg and then Germantown.
His kindness, love and generosity will be missed.
He is survived by his wife of 63 years, Jean; son, Bill Kearns and wife Joannie of Allen, Texas; daughter, Janet Foley and husband Mike of Gaithersburg; two grandsons, Gary and Brian Kearns of Texas; and two great-grandchildren; sister, Mary Joanne Colbert of Fairmont, W.Va.; brother, Bruce Davis of Allentown, Pa.; and nieces and nephews.
He is predeceased by brother, Lyndon Kearns.
Memorial services will be held 2 p.m. Saturday, Oct. 30, at Homewood at Crumland Farms, 7407 Willow Road, Frederick, MD 21702.
Contributions may be made in his honor to Gaithersburg/Washington Grove Fire Department Volunteer Fireman's Fund, 801 Russell Ave., Gaithersburg, MD 20879; or Homewood Foundation Benevolent Fund.
Arrangements are by Muriel H. Barber Funeral Home, Laytonsville.

Dale lived and loved in Norfolk, VA. She passed away following complications from surgery. She is survived by her daughter and granddaughter.

1946 - 2017)
Doris Ann lived her life with inimitable style, expressed through her carefully chosen words and pictures, her signature quirky/funky attire, and her ever-present bright red "Lady Danger" lipstick. She painted that sparkle and color everywhere she went… and she wanted to go everywhere! An adventurer from childhood, Doris Ann started out as a young gymnast and diver; she continued her lifelong adventures with her best friend and partner of 49+ years, husband Aaron. Her 2006 metastatic breast cancer diagnosis didn't slow her down; in recent years, she traveled to Portugal with Aaron, attended a Breast Cancer walk in Israel, and was honored with the National Patient Advocate Courage and Dedication Award in 2016. Among her numerous professional achievements, Doris Ann was most proud to be a patient advocate and METAvivor Board Member. A talented writer and artist, Doris Ann seized every opportunity to "let her freak flag fly," encouraging others to embrace and to savor their own individual strengths. Most of all, Doris Ann was a beloved and irreplaceable wife, mother, and friend. She is survived by her devoted husband Aaron and her children, Roger and Sharon. In honor of her work and wishes, the family requests donations in lieu of flowers to METAvivor, the metastatic breast cancer organization she served and cherished. Her funeral is 11am Sunday, May 7, 2017, at Brown-Wynne Funeral Home on Millbrook Road.

Frank was killed in Viet Nam in the Sept. 1967
He is buried in Arlington National Cemetery.

It's been 5 years now but it was just like yesterday that you were here partying with us. Miss you lots - hope you're riding that Harley in Heaven.

Jessica Marie Abate Date of Death: 01/13/2007
Jessica Marie Abate, 23, of Wilmington, NC, died Saturday, January 13, 2007 at New Hanover Regional Medical Center. She was born in Silver Spring, MD, November 2, 1983, daughter of Peter J. Abate and Regina Corvelli Abate of Wilmington, NC.
Surviving in addition to her parents are three sisters, Christa, Elena, and Regina Abate; grandparents, Frank and Rose Abate, Mary Grace Corvelli, and Homer Wade; her fiancÃ©e, Jonathan Hall; her devoted pet, Sam; and many aunts, uncles, and cousins. She was preceded in death by a grandfather, Henry V. Corvelli.
Jessica graduated from UNCW in December 2005 with a Bachelor of Science, Business Administration, with a major in management. Jessica paid her way through college by working numerous jobs, including Manhatten Bagel, Belk-Beery, Enterprise, and the Social Work Department at UNCW. After graduating from UNCW, she was employed by Cooperative Bank in February 2006 as a teller, and after three months was promoted to Commercial Lending Assistant. Cooperative Bank was a special place to Jessica; she loved her job and all the staff. The most important part of Jessicaâ€™s life was her immediate family, mom, dad, three sisters, her loving fiancÃ©e, Jon Hall, and her dog, Sam. She enjoyed spending time with her family. Nothing made Jessica happier than coming to her parentâ€™s home with Jon and Sam to enjoy a good meal, spend time around the pool, and watch movies. Jessica and Jon were engaged and planned to marry in April 2007. Jessica especially loved her three sisters who will miss her dearly. They were always spending time together and had a special loving bond. She was always a great role model for her sisters. Jessica was an honest, loving, courageous, and dedicated woman who will be missed by all who knew her. She was diagnosed with Adenocarcinoma / Lung Cancer in August 2006. Before that she had never been sick a day in her life. She maintained a healthy lifestyle and we have no idea how she got this terrible sickness. During that time, she always maintained a smile and had the heart of a lion and never gave up. We would give everything we own just to hold her once again; just to touch her once again. Love, dad, mom, and sisters.
A Mass of Christian Burial will be held at 11:00 a.m. Wednesday, January 17, 2007, at

Karl W. Sanger, 69, of Hernando, Fla., died Oct. 17, 2013, at the Hospice of Citrus County House in Lecanto. Karl was born July 13, 1944, in Washington, D.C., the son of Charles and Ruth Sanger. He was a senior systems analyst/project manager for the U.S. Department of State and retired after 28 years of service. Karl moved to Hernando in 2000 from Silver Spring, Md. He was a member of Good Shepherd Lutheran Church in Hernando. Karl enjoyed scuba diving, snow skiing, golf, tennis, woodworking and was an avid antique tool collector.
Mr. Sanger was preceded in death by his sister Charlene Ward and brother-in-law Edwin Ward. Survivors include his wife Betty Sanger of Hernando; daughter Cheri Rogers, her husband Scott and their daughter Carly of Rockville, Md.; son Kenneth Sanger, his wife Rachel and their sons Kyle and Tyler of Frederick, Md.; mother-in-law Naomi Domingus of Richmond, Va.; sister-in-law, the Rev. Pattie Sewell of Richmond, Va.; and his many nieces and nephews.
A memorial service for Mr. Sanger will be at 3 p.m. Monday, Oct. 21, 2013, at Good Shepherd Lutheran Church in Hernando. The family will receive friends at the church from 2:30 p.m. until the hour of service. Memorial may be given to ALS Association at webfl.alsa.org or to the Hospice of Citrus County. Heinz Funeral Home & Cremation, Inverness.
Published in Citrus County Chronicle on Oct. 20, 2013

Regret that Larry Logan died on February 15,2012 in Gettysburg PA 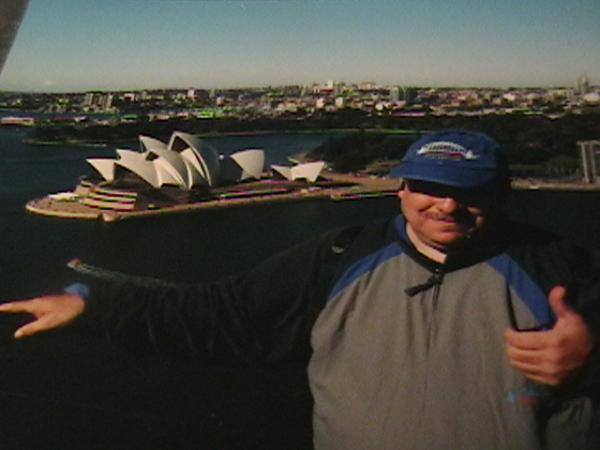 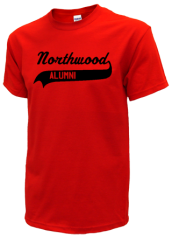