Have you lost your Mt Lebanon High School class ring? Have you found someone's class ring? Visit our Blue Devils lost class ring page to search for your class ring or post information about a found ring.

Alan was living in Connecticut and had recently gone through chemo and radiation treatments for lung cancer. It went into remission only to be told that the cancer was back near his trachea. Before he was to restart treatments, he passed away peacefully while napping. He had hoped to come to the reunion. A memorial service was held in CT. His ashes will be interred at the FIrst Lutheran Church 615 Grant Street in downtown Pittsburgh.

My dearest sister Flynn passed on too early in life. I miss her everyday and remember her best for her sense of humor, warmth and talents. Gosh she was fun to be with. :)

Flynn passed away after a long battle with MS. She was a woman of humor and strength. She is deeply missed.

Fred Schwartz, class of '61 passed away on March 6th, 2016. Information can be found at bradshawcarter.com.

My best friend in High School and my best friend ever since passed away March 20th. As a much loved mother and grandmother, she will be mourned and remembered by many. I will remember and love her always.

Hope died peacefully in her sleep. Hope was loved by everyone who knew her. She was everyone's Ray of Sunshine. The Seneca Kids were her gang. Valentine was her doggie pal.

Julie was my beloved only niece. She graduated from Mt. Lebanon in the Class of 1986. She passed away after a short illness. She lived in Hunt Valley, Maryland, with her husband and twins, Jeffrey and Madelyn. She was one of the best people I've ever known. She was a woman who had it all together. She was taken from us way too soon, and I miss her every single day.

At the 2008 reunion for class of 78...i spoke to Kathys mom. She died of breast cancer...she and i connected on classmates and when it went to a pay service i lost contact ...her mom said she suffered for four years with breast cancer. Was high in management for kentucky fried chicken....area supervisor and had many children left behind. My dear high school friend ...Rest in Peace

Mary E Campbell Drake, a proud member of the January 1939 class, died on May 29, 2009, at the Sherwood Oaks Retirement Community after a series of strokes. Mary was the oldest of five Campbell family members to graduate from Mt Lebanon HIgh School, and the mother of alums Mary Sue Drake Murphy, Class of 1964 and Peggy Drake, Class of 1968. She and husband Hobie Drake, Perry High School, class of January 1939, met at Carnegie Tech (now Carnegie Mellon University) where they took courses while still in high school. They married after Hobie returned from a 5 year stint in the US Army during World War Ii, and moved to Mt Lebanon in 1955. Mary insisted that "her girls" attend Mt Lebanon schools. Mary was an active volunteer at Mt Lebanon UP Church where at the time of her death she was cited as having the longest tenure as a member, and belonged to several other volunteer organizations including the Howe School PTA, the Girl Scouts, Daughters of the Nile, and the Salvation Army Auxillary. She was also a graduate of the Duff Business School, which later became Point Park University, and was on the staff of Fisher Scientific Corporation up to the time of her marriage.
Her husband, daughters and their families, two sisters and a brother survive her. Her youngest sister and fellow Mt Lebanon alum, Clare Campbell O'Donnell, is deceased. Her Memorial Service will be held on Saturday June 13th at the Sherwood Oaks Retirement Community in Cranberry Township PA. Her obituary is posted at the Glenn-Kildoo Funeral Home website and on websites for the Pittsburgh Tribune-Review and the Butler Eagle, where you can leave comments for her family.

Age 27, of Brookline, passed away unexpectedly on February 24, 2013. The beloved daughter of Norman and Wendy (Thieshen) Charlton, Sr. of Brookline. Rose is the loving sister of Norman (Shari Armbruster) Charlton, Jr. of the East End, Heather (Robert, deceased) Battocchi of Bloomfield, Nicole (Andy) Nauroth of Ewing, NJ, Scott (Jill) Charlton of Dormont, and Adria Maxwell of Dormont. Also close to her heart were dozens of beloved aunts, uncles, cousins, nieces, nephews, and hundreds of friends from school, church and beyond. Rose is the granddaughter of the late Russell and Rose Charlton and the late Robert and Elizabeth J. (Wenger) Thieshen, all of Pittsburgh. She was also preceded in death by an infant sister, Rachael Charlton. Rose was filled with love for her family, and one night when watching "The Grammys" as a youngster, questioned her mom if it was an "awards show for grandmothers". She enjoyed spending time with her siblings, watching football and hockey and sharing funny stories about parents. Rose was a dedicated and loving aunt to many nieces and nephews. Her cousins were among her dearest friends whom she would give her own life for in an instant. In addition to her family, Rose was an attentive caretaker to everyone around her, especially children and animals. When living away from home, she was known to "Skype" with feline companions (the late) Ginger, Sidney, Duncan, and Oreo; and was a beloved "animal mom" to her late feline, Sabrina, whom Rose would calm on the way to the veterinarian by singing her sweet songs. "Rosey Posey", as she was affectionately known to many, was known for her quick wit, love of well-intentioned sarcasm and her delightful sense of humor. Her contagious laugh will be sadly missed by her family and friends. Rose was a member of Dormont Presbyterian Church, and had many fond memories of pastors and members of the congregation of all ages whom she loved with all of her heart. She demonstrated her love for music and her vocal gifts when a member of the Junior Choir, and made many treasured memories while participating in Youth Group activities as a teenager. She was selected as a delegate to represent her church and Pittsburgh Presbytery at the Presbyterian Youth Triennium. To share her spiritual side and her love of the Bible, Rose embarked on a 17-day mission trip to Alaska where she joined friends in teaching Vacation Bible School to underprivileged children. Her dream and most passionate goal in life was to one day have a family and children of her own. Rose also enjoyed reading devotionals, crafting handmade jewelry and "creeping" on Facebook, where she joyfully kept in constant touch with family and friends. She was so very proud of her first love, her devoted and loving father, and was a loving best friend and confidant to her adoring mother who will forever hold her in her heart and look forward with hope to the day when they meet again. Funeral arrangements by BEINHAUERS. 412.531.4000. Friends welcome at 2630 W. Liberty Avenue, Pittsburgh 15216 from 5-8 p.m. on Tuesday and from 2-4 and 6-8 p.m. Wednesday. A Funeral Service will begin at 11:00 a.m. on Thursday at Dormont Presbyterian Church, 2865 Espy Ave., Pittsburgh 15216. Interment will follow at Mt. Lebanon Cemetery. Memorial contributions may be made to Angel Ridge Animal Rescue (www.angelridgeanimalrescue.org) 390 Old Hickory Ridge Road, Washington, PA 15301. Please add or view tributes at:
www.beinhauer.com
Send condolences at post-gazette.com/gb

Published in Pittsburgh Post-Gazette from February 26 to February 27, 2013

Sally & Jim attended his 60th class reunion in 2014. It was strange to see how much Mt. Lebanon and the whole of South Hills has changed. May not return for quite some time now that Sally has passed.

Timothy Hauser graduated from Mt. Lebanon High School near Pittsburgh, Pennsylvania in 1966.[2] He then attended Georgetown University, earning a master's degree in international relations in 1972. He did additional postgraduate work at the Johns Hopkins University Paul H. Nitze School of Advanced International Studies, in Washington, D.C. and in Bologna, Italy. He was fluent in both Italian and French.[2]

Hauser served in the United States Army as a Captain in the 1970s.[3] He went to work as an economist with the Bureau of Labor Statistics in 1971. He moved to the United States Department of Commerce on the staff of the assistant secretary for policy before 1980. In 1986, he was detailed to the White House for a year as deputy executive secretary of the Economic Policy Council, after which he returned to the Commerce Department as deputy assistant secretary of planning.

In 1991, he became the first career civil servant to be appointed deputy undersecretary of the Commerce Department.[3] He earned the Presidential Rank Award of Distinguished Executive twice, in 1992 and 2003.[3][4] The International Trade Administration has established the Timothy J. Hauser Award in his honour.[5]

Tom came home to be with family as he fought his last battle with cancer. He was a good friend in high school and I wish I had kept up with him. His family were good people. Becky, Barbara, John, and john. 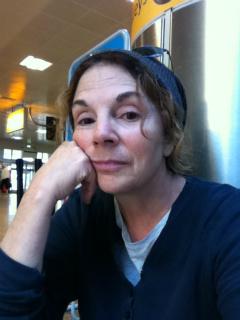 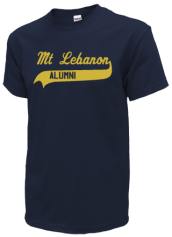 Read and submit stories about our classmates from Mt Lebanon High School, post achievements and news about our alumni, and post photos of our fellow Blue Devils.