Have you lost your Douglas High School class ring? Have you found someone's class ring? Visit our Patriots lost class ring page to search for your class ring or post information about a found ring.

Just wanted to let all who knew Missy Baldwin (class of 1988) and Lisa Baldwin (class of 1989) that their dad Bob passed away May 11, 2007 from cancer. Our dad was an amazing man who never missed a sporting event at DHS during our years of attendance. He umpired countless softball games of ours and continued to do so for his grandchildren. He is greatly missed.

I know a lot of you had reconnected with Brian over the years. I don't know how many of you still look at this site but I wanted to let you know that he died earlier this month.
He was riding his motorcycle in VA when the accident happened.
His humor and thoughfulness will be greatly missed by anyone who ever met him.
He was the best "little" brother a sister could have and we will all miss him.

michelle(mia) and millette williams, tammy, nancy, terri, and tanya hogan ...our family lost clay when he found his way home with our father in heaven...due to a motorcyle accident.in new york state. he was a passenger on the bike and the kid he had just met was high and drinking unfortunately...he was 17 years young and he is missed every day. we will see him again in the big reunion in the sky...his fav song was sister christian and as u knew he was a great laugh! he loved his freinds and im sure hes been watching out for ya thru the years waiting to see ya again! thats all just wanted to let ya guys know who didnt .......

ROTC instructor Bob Livingston passed away on Saturday, Dec. 8th. All those who knew him or had him as a teacher will miss him

My husband Died of Cancer

My sister Debbie passed in her sleep. She was only 15 months younger than I & we did everything together. Miss her more each day, she had far too many friends to count. We both missed actually graduating.at Douglas, but after spending 7 years there, it was always home to us. I was lucky especially graduating on a base outside Madrid Spain, to end up with all 4 of my sisters & our parents in the suburbs of Phoenix. Our kids & for some grandkids grew up together. Just lost the oldest of my 2 sons this March, a parents worst nightmare. Losing Debbie was a harsh blow, coming 5 months after the end of my 30+ year marriage, thanks to alcoholism. The woman I knew vanished. I'd have given my life in a heartbeat, to give my son more than 35 years. His Aunt's like me we're crushed, as was the entire family to lose Debbie. The only bright side was they both passed in their sleep. Take care, Ric Cottrell

We spent 7 years at various Douglas schools & had only 32 days to be in Spain But Debbie & I Ric Cottrell, always considered Douglas highschool was ours in our hearts. She passed away in her sleep the same way I lost my 36 year old son this March. Debbie had a lot of friends & stayed the same loving, giving, genuine gal she always was. Not a day goes by that I don't miss her & now my son Chris, till the day I pray we meet again. Love Ric & Dad

Died from post surgical complications at the VAMC Portland Oregon

We lost my father my hero January 9th 2019 after a 4 year battle with multiple ailments. Dad leaves behind my sister and I, 5 grandchildren and 10 great grandchildren. We love and miss you dad and we will see you in heaven....

Spirit is one word that reminds me of Eric. He approached everything he did with great enthusiasm....from being the mascot for the Patriots and rooting them on during countless games to playing his trumpet in band to working at Hardees. His dedication was a true gift.

Hazel Susan Fashaw, age 62, died at The Denver Hospice in Denver, Colorado, on Monday, March 27, 2017. The cause of death was neuroendocrine carcinoma.

Born March 27, 1955, in Denver, Colorado, to Doris Opal Bronson and Jack Allen Fashaw, Susan graduated in 1973 from Douglas High School on Ellsworth AFB, SD and from the University of Denver in 1978 with a bachelor's degree in Music History. Susan also completed a four-year theology program from the Catholic Biblical School in 2008.

Susan lived in many different places including Salina, KS; Ft. Worth, TX; Ellsworth AFB, SD; Denver, CO; Paris, France; Turin, Italy; and Toronto, Canada, before settling again in Denver. Susan spoke English, French and Italian, and like her mother, she taught English as a second language while she lived in France and Italy. Susan was a world traveler and made several religious pilgrimages to countries such as Israel, Egypt, Greece, France, Italy, and most recently, Spain.

While Susan had many positions in her short lifetime, she was happiest working as an Administrative Assistant at the Cathedral Basilica of the Immaculate Conception. Susan volunteered at Samaritan House and taught many Bible study classes at the Cathedral. One of her greatest joys was singing alto in the Cathedral choir. Susan was a talented artist and musician. She loved to paint and draw, was an accomplished flautist and pianist, knitted beautifully and had an impeccable sense of taste and style.

Susan was a devout Catholic and was baptized while at DU. She was consecrated to Mother Mary on August 14, 2013, and she had a special devotion to St. Therese of Liseaux.

Susan will especially be remembered by her family and many friends as someone who was loving, thoughtful, funny, loyal, adventurous, generous, stylish, spirited and outgoing.

Survivors include siblings Michael Antonio Hodge, Mark Bronson Fashaw, Karen Cynthia Fashaw, Brian Keith Fashaw and Jann Marie Hodge. Susan is preceded in death by her parents and by siblings Cheryl Ann Hodge and Vincent Alexander Hodge, II. Many thanks to the clergy, choir members, friends and family who kept vigil, sang, prayed with, prayed over, and prayed for Susan.

Rest in Peace my friend

"I regret to inform you that Kenneth Jack Morgan Jr Passed away March 26 2016 due to Diabetes complications Class of 1965 after 50 years of Marriage I will miss him
. His last act in this life was to Bless our first Great Grandson. just thought someone might want to know, Sharon Morgan "

Our mom passed away of lung cancer in May 2006. We miss her so much. She is always in our thoughts.

Matt was one of the most caring guys I have known. He would always help anyone at anytime. I miss his goofiness all the time. Anyone who knew him liked him. He is severely missed by us all. Anyone who can call him my brother was very lucky. I am proud to say I was!
He died of a disease called Arnold Chairi Malformation. It is a brain disorder. 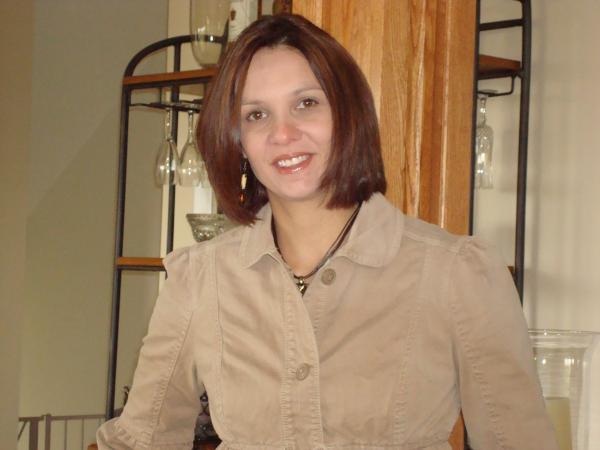 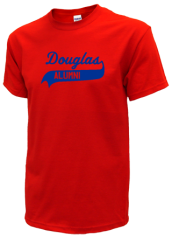 Read and submit stories about our classmates from Douglas High School, post achievements and news about our alumni, and post photos of our fellow Patriots.