Have you lost your Woodside High School class ring? Have you found someone's class ring? Visit our Wildcats lost class ring page to search for your class ring or post information about a found ring.

Alan died peacefully at home July 13, 2011. He was 53 years old. He suffered for three years from Systemic Sclerosis. He resided in Bend, Oregon with his wife of fifteen years.

Barbara Lynn Davis of Clayton, North Carolina, who grew up in Portola Valley, died Dec. 26 of breast cancer. Ms. Davis died in Olympia, Washington, where she was visiting her daughters. She was 53.

Born in Palo Alto, the daughter of the late John and Betty Grass, Ms. Davis graduated from Woodside High School in 1975. She graduated from UC Santa Barbara in 1978, the same year she married Wesley Thomas Davis.

She taught mathematics in California's community college system, and worked as office manager at the Laramie Country Club in Laramie, Wyoming, where she lived from 1978 to 2005.

A memorial service will be held June 4 at a family home in Menlo Park.

Barb started at Woodside then transferred to MA. Barb lost her battle with Squamous Cell Carcinoma.

Bill passed away just a few days after joining us for the 20 year reunion. He was killed in a plane crash in Las Vegas-- doing what he loved, piloting. Services are Friday, 9/5/08 in Foster City. Check www.wildcats88.com for details.

Dan served in Viet Nam as a Field Medic, Top Sargeant, for the USAF, and upon separation had a career as a nurse. He left behind wife, Ruthann & two sons, Christopher and Charles, of Phoenix, and son Jason Daniel Kambic in Chico, CA. He's also missed by his father, Officer Clay Kambic of Redwood City and sister, Chris Kambic Neary of NM.

Remember Doug Bouret, a 4.0 student throuout all 4 years at Woodside. End of Senior year he got into a shouting match with the P.E. Coach and said Eff You! The coach made sure he didn't graduate - and he spent the rest of his life working in a gas station! Wonderful, right?

Gary died in a plane crash yesterday. Details can be read on the internet.

Our prayers are with his family and friends.

A memorial service will be held at 11:00 a.m. Tuesday December 22, 09 at Menlo Circus Club 190 Park Lane Atherton.
In lieu of flowers the family has asked that donations be made to Famiy Service Agency of San Mateo County 24 2nd Ave San Mateo, CA 94401
published SF Chronicle on 11/29/09.

On February 4, 2010, George was diagnosed with Epithelioid Angiosarcoma and immediately began chemo and radiation therapy. After a tough battle, which he handled with amazing grace and strength, George passed on Monday, May 17, 2010 at 1:00 a.m. 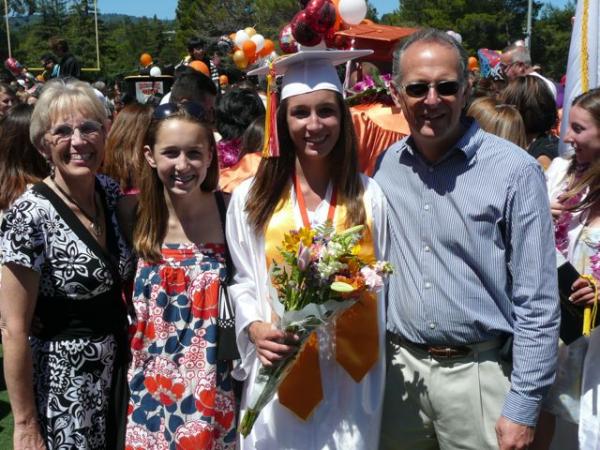 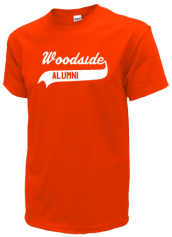 Read and submit stories about our classmates from Woodside High School, post achievements and news about our alumni, and post photos of our fellow Wildcats.

Instead of continuing to post the 50th Anniversary of the school being built, how about we celebrate the fact that June ...
Read More »