Have you lost your Vestal High School class ring? Have you found someone's class ring? Visit our Golden Bears lost class ring page to search for your class ring or post information about a found ring.

Anthony battled 44 years with epilepsy and passed into the loving arms of our Savior Jesus Christ at Cooper Medical Center in Camden, New Jersey. In 1990, he relocated with his parents to Del Haven, New Jersey. In May 1996, he graduated from Cumberland Community College with an Associates degree in Computer Science. He was an active member of his church Grace Gospel Chapel and with the youth ministry in Rio Grande NJ. His faith, testimony and impact on the community were demonostrated when over 300 people attended his memorial service in Nov 2010. He is missed daily by his brother and father. Donations to the American Epilepsy Foundation are welcomed.

Charles "Chuck" Barnum of Little Meadows, Pennsylvania | 1946 - 2019 | Obituary
Charles "Chuck" Barnum
Visitation
Sunday, Mar 24, 2019
3:00 PM-6:00 PM
Funeral Service
Monday, Mar 25, 2019
11:00 AM
Charles "Chuck" Barnum
August 31, 1946 - March 21, 2019
View/Sign Guest Book|
Send Private Condolences|
Send Sympathy Card
U.S. Veteran
Charles W. Barnum, 72, of Little Meadows, PA, passed away unexpectedly on Thursday, March 21, 2019 in Wilson Hospital, Johnson City, NY. He was born on August 31, 1946 in Endicott, NY, to the late Paul C. and Helen “Libby” (LaRue) Barnum. His son, Chip Barnum predeceased him.
Surviving is his loving wife of 50 years, Joyce (Shaughnessy) Barnum, three daughters, Jan (Jim) Krupinski, Lori (Jim) Denniston, Jessica Barnum (Chip), four grandchildren, Brandt Denniston, Hayleigh and Makenzie Krupinski, Brandon Lee, brother, Kenneth (Jackie) Barnum, many nieces and nephews.
Chuck graduated from Vestal High School, served in the Army during Viet Nam, and retired from IBM and Lockheed Martin. He was a life-long member of the Little Meadows Volunteer Fire Dept., and served as Mayor of Little Meadows and councilman for many years. Chuck enjoyed fishing in Canada, hunting in PA and Wyoming, and doing all of that with his son Chip. He was known for his quick wit and contagious grin. The front door was always open for friends to stop in for a drink and laughter. He truly enjoyed the whole Canada clan and all the shenanigans that took place through the years. He had life-long friends in Little Meadows, and built many friendships at the Howdy Jones ball park. Charles adored his grandkids enough to even share his chocolates with them.
A Funeral Service will be held at 11 a.m. Monday, March 25, 2019 at the Daniel K. Regan Funeral Home, with Rev. Casimir Stanis officiating. Interment will be in St. Thomas Cemetery, Little Meadows at a later date. Visitations will be on Sunday from 3-6 p.m. at the funeral home.
In lieu of flowers, donations in Chuck’s name can be made to: LMVFD, P.O. Box 345, Little Meadows, PA 18830, or the Juvenile Diabetes Fund at: www.jdrf.org/donate.
SERVICES
Visitation
Sunday, March 24, 2019
3:00 PM - 6:00 PM
Daniel K. Regan Funeral Home
232 South Main St.
Montrose, Pennsylvania 18801
Get Directions on Google Maps
Funeral Service
Monday, March 25, 2019
11:00 AM
Daniel K. Regan Funeral Home
232 South Main St.
Montrose, Pennsylvania 18801
Get Directions on Google Maps

John Edward Crotty, born November 19, 1946 in Boston, MA, died November 21, 2013 in Johnson City. He is survived by two children and two grandchildren. He is also survived by the love of his life, Bonnie Adams, her two children and five grandchildren. He is also survived by one sister. We wish to thank the staff of Wilson ICU for their professional care and extraordinary caring for John and all who loved him. Funeral services will be held Monday, November 25, 2013 at 1:00 p.m. at the Fischer-Scholder Funeral Home, Inc., 269 Chenango St. with the Rev. Ernest Steffensen officiating. The family will receive friends at the funeral home Monday from noon until the time of service. To be absent from the body is to be present with the Lord.

In Ormond Beach Florida where he resided. Survived by his wife, Winnie Corcoran Epley,class of 1958 and sister-in-law, Alby Corcoran Mennell, class of 1963.

This summer is 25th anniversary of my brother's Dave's accident.

On Sunday, June 22nd, a mass is being said for Dave at 11:30am at St John's Church on Vestal Ave on the south side of Binghamton.

A Brunch follows the Mass at 1:00PM, venue TBD, but liikely at a Golf Course with an outside venue if nice day.

Details to follow but any friend of Dave's and their families more than welcome.

Would like to make this a Celebration of his life and a happy event..

Please email me at bmonigan@aol.com if you can come, a general headcount would be helpful.

Notified by his wife Paula.

Confirmed by his wife Stella.

Vestal - Douglas V. Ellis Jr., age 72, passed away on March 5, 2019 in Rochester, N.Y. He was born March 6, 1946 in Endicott, N.Y., a son of the late Douglas and Betty (Hayes) Ellis Sr.; predeceased by his brother, Richard Ellis (Joyce) and sister-in-law, Colleen. He is survived by Bill Ellis, Gloria Gow (William), mother of his children, Lorraine Stickane.

Doug will be remembered as a very caring father, grandfather, brother and friend, who loved the outdoors. He was a proud U.S. Army veteran, having served two tours of duty in Vietnam. He then followed in his father's footsteps, becoming a well respected businessman, operating his own masonry business. Doug was a member of the American Legion and Eagle's Club in Endicott and he was always very open to political discussions.

Family and friends are invited to celebrate his life on Friday, March 15 at 3:00 P.M. at the Vestal Hills Seventh Day Adventist Church, 834 Bunn Hill Road, Vestal, N.Y. Refreshments will follow after the service. 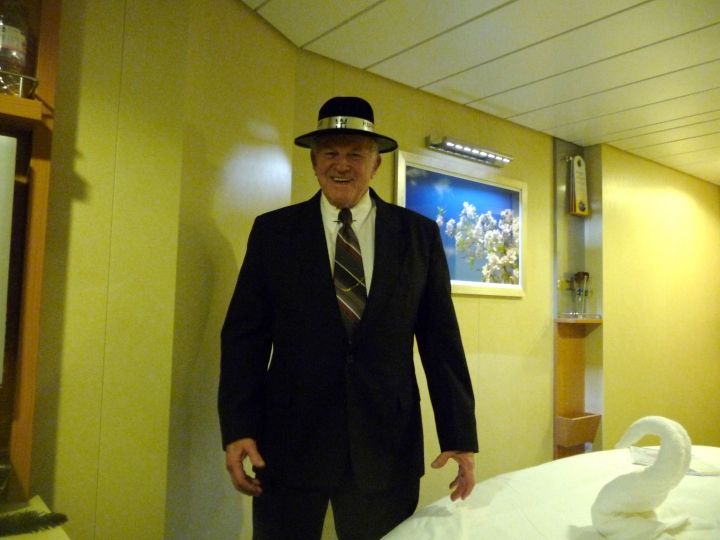 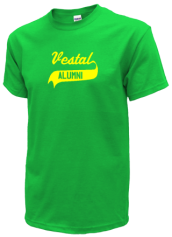 Read and submit stories about our classmates from Vestal High School, post achievements and news about our alumni, and post photos of our fellow Golden Bears.