Have you lost your Tipton High School class ring? Have you found someone's class ring? Visit our Blue Devils lost class ring page to search for your class ring or post information about a found ring.

Andrew J. Michel
Class of 1979
Navy, 16 Years
Began career in 1982 as a F-4N Phantom, Weapons Control Radar Technician, assigned to Fighter Squadron 154 (VF-154), stationed at Fighter Town USA and Home of Topgun, Naval Air Station Miramar, also deploying on the USS Coral Sea (CV-43). VF-154 and sister squadron VF-21 were the USNâ€™s last two active duty F-4 Squadrons and transitioned to new F-14A Tomcats in mid 1984. (Feeling kinda old now, the Navy retired the F-14 two and a half years ago!) Continued as a Radar tech working Intermediate Level Maintenance on the F-14's AWG-9 Radar,(troubleshooting/repair of individual Radar Sub-assemblies to circuit board or component level). Deployed onboard USS Constellation (CV-64) in 1985. Reported to NATTC Millington (TN) in 1987 for advanced electronic/avionic training and remained as an Instructor until 1991. Returned to NAS Miramar as member of VF-24 this time working directly on aircraft again and making two deployments on the USS Nimitz (CVN-68) in 1991 and 1993. Made many stateside detachments across this great country and when deployed shipboard had the opportunity to visit Hawaii, Philippines, Singapore, Korea, Mombassa (Kenya), Perth (Australia), Hong Kong, Thailand, Bahrain and Dubai (UAE). Remember this, no matter how bad we think it is here, you can never truly appreciate what we have until you've seen how people live in those third world countries. GOD TRULY BLESSED THE USA!
Report a Problem

Andrew London
Class of 1992
Air Force, 13 Years
Enlisted in November of 1994. I am an F-16 avionics system craftsman, my rank is SSgt/E5. My official duty position is midshift expeditor.
Report a Problem

Grant Peters
Class of 1995
Army, 4 Years
After graduating from Ball State in 2001 with a degree in Telecommunications (TV/Radio Production)... I decided to enlist in the U.S. Army to get my college loans paid off. Went through training to become a military broadcast journalist/public affairs specialist... jumped out of a few high performance military aircraft (Airborne!) During my Military Career, II've been to Kuwait, Iraq and South Korea. I was in the 22MPAD (Mobile Public Affairs Detachement) out of Ft Bragg. During Operation Iraqi Freedom our unit was assigned to the 101st in Mosel for 10 months. Our unit was responsible for the official video for the 101st tour in Iraq, Iraqi Freedom News and other print and television information. I'm out of the Army and working in Vicenza, Italy for American Forces Network radio/television.
Report a Problem

Jerry Pace
Class of 1980
Air Force, 20+ Years
I served as an Avionics and Guidance Control Systems Technician starting in 1985. I served four years on active duty. In 1990, I joined the Air Force Reserves at Grissom retiring as a Master Sergeant in 2007. In my career I worked on several aircraft including T-37, T-38, A-10, and KC-135.
Report a Problem

Sonar Maintenace "C" School Instructor - taught all aspects of repairing and maintaining an ITASS Sonar System (AN/SQQ-89(V) Integrated), which was comprised of the AN/SQR-19 (Towed array) & AN/SQQ-28 (Lamps MarkIII Sonobouy System) that were integrated together onto the same display units.

Thomas A Hobbs (Tony)
Class of 1982
Army, 20+ Years
4 yrs US Navy.resently a Captain in the US Army Res.
Report a Problem 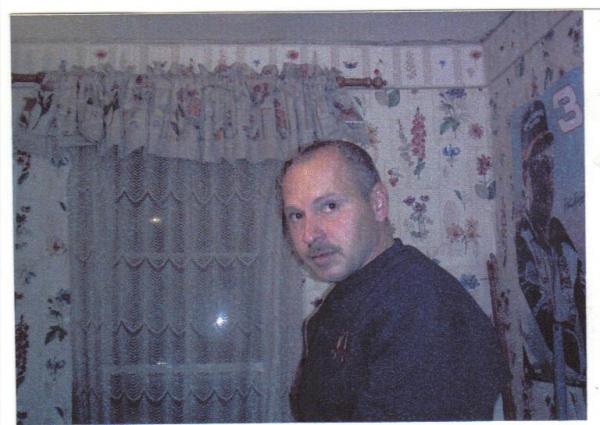 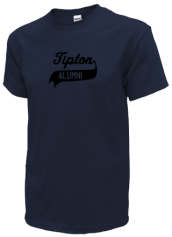 Read and submit stories about our classmates from Tipton High School, post achievements and news about our alumni, and post photos of our fellow Blue Devils.

View More or Post
In Memory Of
Our Tipton High School military alumni are some of the most outstanding people we know and this page recognizes them and everything they have done! Not everyone gets to come home for the holidays and we want our Tipton High School Military to know that they are loved and appreciated. All of us in Tipton are proud of our military alumni and want to thank them for risking their lives to protect our country!