Have you lost your Richland High School class ring? Have you found someone's class ring? Visit our Rebels lost class ring page to search for your class ring or post information about a found ring.

I'm Bill's sister Vicky (Helen Ferguson.) Bill was injured in a car crash on 12-30-97, and died in the trauma ICU at Harris on 1-15-98. My mother and I held his hands when he passed. Bill is survived by his daughter Jackie, who graduated from Tarleton in May of 2010, and his son James, who will finish the aircraft mechanics program at TCC in May of 2011.

She passed away peacefully in Centennial, Colorado.

Cathy passed away after a short battle with cancer. Her funeral will be Tuesday, May 13th, 2008 at the White's Azle Chapel.

Darryl left us too early due to colon cancer- His friends included: Dennis Haney, Damon Hall, Greg Evans, and Mark Karlis. We miss you Darryl!

My brother Grady passed away after a very long and courageous fight against cancer. He was the most amazing and strongest person I have ever known my entire life.
Pam

Gwen went to Richland for 3 years, but graduated from another school. She was my sister (I graduated in 1969, my brother, Terry, in 1970). She passed away Oct 1, 2003, just laying down to rest after work and never woke up. She was a wonderful, sweet, and caring person who loved life, her daughter and grandson. She is missed every day. Almost all of my memories at Richland are tied with her.

Jean Ann Boyd, age 67 of Canyon Lake, Texas passed away Wednesday, August 23, 2017 at her residence. She was born on May 22, 1950 in Dallas, Texas to William Boyd and Sybil Harris Boyd. She was a medical assistant in Home Healthcare Care. She is survived by her daughter Rachel Norman; brothers Christopher Boyd and his wife Bobbie Jo, Michael Boyd and his wife Kim; sisters Jayne Bolz and her husband Larry, Barbara Miller and her husband Bruce; she is also survived by her grandchildren.

John was supposed to graduate with this class, but did not. John is the 3rd from the left.

She lived next door. She showed me hospitality when we moved to TX. She was happy go lucky. She lived in the fast lane. She was encouraging. She smacked me for being negative about my looks and size. It's such a shame her life was cut short. She lost control of the car on I-820 the old Decatur Rd. on a rainy day. A 19 yr. passenger also lost his life. Another Richland class
mate got out w/ only minor injuries.

Pam is still remebered to this day. We loved to dance and we were both in gym at Richland. We liked making up dances together and went to this teen dance place (can't remember the name), but I think it was in Collyville. We would dance there, and have so much fun! She was so energetic and always positive. It was so shocking to here of the accident.

Von lost his battle to Cystic Fibrosis and was proud to be a Richland Rebel and member of the baseball team. Von loved you guys and will be forever missed.

Fort Worth, Texas-
Funeral services will be held here Saturday for Robert Bruce Barron, a 21-year-old Navy machine gunner killed when an explosion shattered a river boat in Vietnam.

The sailor was the son of Mr. and Mrs. Del Barron. His father is a Fort Worth real estate man and a former county Republican Chairman.


Barron, a naval gunner's mate, was killed November 11 when his patrol boat either was shelled or struck a mine near the Demilitarized Zone in Vietnam. He had been in Vietnam since June.

A native of Fort Worth, Barron was a graduate of Richland Hills High School. He had been in the Navy about two years. 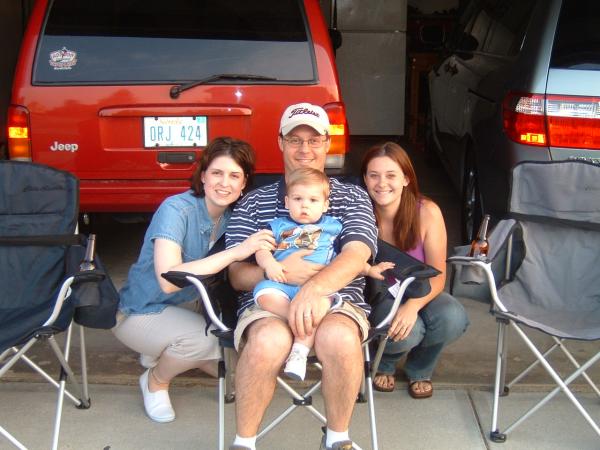 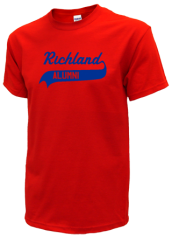 Read and submit stories about our classmates from Richland High School, post achievements and news about our alumni, and post photos of our fellow Rebels.

Purchase a nameplate on a chair in the Wiley G Thomas Coliseum for $100. Your name, your high school and the year you gr...
Read More »