Alesia A. Lopez Senatra, 48 of Moline died Saturday, April 19, 2008 at Trinity Pathway Hospice, Bettendorf. Alesia was daughter of Richard and Connie Lopez. She married Greg Senatra on 5/5/87. She has a daughter and a son. Alesia enjoyed running and loved spending time with her children and family. She will be missed.

He will always be remembered and missed!

Ashton A. Scott, 61, passed away on Sunday, Sept. 11, 2011, at his home in Colona. In his last days, he was in the gentle care of his devoted daughter, Asia Scott. He was in the company of his loving wife, Debra von Maur at the time of his passing.

Funeral arrangements are being made through Schroder Funeral Home in Colona. A memorial to celebrate his life will be held at the Veterans Memorial Pavillion located along Hennepin Canal and Route 84 in Colona between 2 and 6 p.m. on Saturday, Sept. 17.

Ashton was born on Nov. 29, 1949, in Munich, Germany, the son of Major Harold R. Scott "Scotty" and Helen M. McGurn Scott. He lived much of his adult life in Northern California, where he enjoyed fishing, camping, and sailing. He had an amazing zest for life and a brilliant sense of humor. He was especially passionate about music; he wrote songs and played drums and harmonica to entertain family and friends. He had a great passion for philosophy and loved to quote Socrates. A lover of nature, traveling and history, he always had a great story to tell and you'd always walk away from him knowing you'd learned something new and interesting.

Visitation will be 4-7 p.m. Wednesday, Sept. 21, with closing prayer at 7 p.m., at Sullivan-Phillips Mortuary, East Moline. Cremation rites will be accorded.

Becky was born Sept. 16, 1964, in Moline, to Robert and Dorothy Ritch Conner. She married Scott Donis in 1984, in Rock Island County, and later divorced.

Becky delivered mail for the U.S. Postal Service. She enjoyed word games and computer games, and was lucky at winning. When she was able, she loved to play 8-ball pool. Becky was a dedicated mother who loved her children very much.

She is survived by her son, Michael Donis, East Moline; daughter, Sara Donis, Moline; sisters, Debra (Bud) Hennel, East Moline, Cathy Armstrong, and brother, James Conner, both of Davenport; she was excited and anticipating her first grandchild; nieces, Jamie, Erica, Abbi; nephews, Rob, Jake, Jayson, Shaemus; and her very best friend, Missy and her daughter, Jamie Coffenberry, Niceville, Fla. She was preceded in death by her parents and Grandma Conner.

Condolences may be left for the family at www.sullivanphillipsltd.com.

Bruce David Wyant died on July 7, 1973 from injuries due to a motorcycle accident. He was a dock manager for Target Stores in Moline, Il.
Bruce was a musician and played the drums as well as guitar and some piano. While at John Deere Junior High he played in a band called the Leftovers. Other band members were Pete McDermott and Dick Johnson. When he was at Moline Senior High School he was in another band called the Regions of Darkness.
Bruce was survived by his parents- Donald & Melba Wyant, A son Craig Alan Wyant, & a sister Patricia Billings, and 2 brothers- Tony Wyant & Michael Wyant all of Moline.

MOLINE -- Calvin E. Hays, Moline, died Thursday, January 6, 2005, at a friend's home in East Moline, after many years of health problems. Against Cal's wishes a memorial visitation will be 4-6 p.m. Monday, January 10, at Bethel Wesley United Methodist Activity Center, 1201 13th St., Moline. A brief service will start the visitation. In lieu of flowers, a memorial fund has been established. His body has been cremated and private inurnment will be held at a later date. Calvin was born November 29, 1964, in Moline to Fred and Betty J. Hays. He graduated from Moline High School in 1982 and most recently was self-employed. Survivors include his mother, Betty J. Hays, Port Orange, Fla.; siblings and spouses, Sandra and Mark Tooley, Moline, Steve and Kathy Fischer, Port Orange, and Roger and Jan Fischer, Moline; 10 nieces and nephews, one great niece and additional survivors, Margie and John Karwath and Sterling and Bill Hays, Geneseo, Ill. His father preceded him in death, May 26, 2002.

Christopher Zamora, Age 43 of Dayton passed away on July 1, 2007. He graduated March 11, 2007 from ITT Tech. He is survived by his mother Carolyn LaPierre of Dayton Ohio and his father and stepmother Alejo (vic) and Glenda Zamora of Moline IL., brother Greg (Kelly) Moseley of Farmersville Ohio, sisters Melissa (Steve) Morgan of Beavercreek Ohio, Virginia (Michael) Gray, Lisa (Alan) Pierce, and Jessica (Francisco) Del Toro Rios all of Florida, grandparents Glenn and Alpha Betts, grandmother Mavis Hopson, numerous aunts, uncles, nieces, nephews, and cousins. He will be missed by all.

Christine R. Carlson, 45, of Moline, died Tuesday, March 16, 2010 in Bettendorf.
Visitation will be 2:00 -5:00 p.m. Saturday, March 20, 2010 at Esterdahl Mortuary & Crematory, Ltd., 6601-38 Avenue, Moline. There will be no funeral. Cremation Rites will follow visitation. Memorials may be made to American Diabetes Association.
Christine was born June 16, 1964 in Moline, the daughter of Dale L. and Maxine Needham Carlson.

She was preceded in death by her father Dale and step-father John Barker.
Online condolences may be expressed to Christine’s family by visiting her obituary at www.esterdahl.com

Chris was born on Dec. 30, 1971, in Moline; he was a 1990 Moline High School graduate. He then graduated with honors from the University of Illinois at Chicago. Chris was employed as a teacher at Skip-a-Long Day Care Center, Moline. He also hosted a radio request show on 106.5 FM on Saturday nights.

Chris's passions were working with kids, reading, music, and computers.

OUR CLASSMATE CRYSTAL (McDONALD) SOSEMAN HAS LOST HER BATTLE WITH CANCER
Obituary from the Quad City Times
ROCK ISLAND â€” Crystal K. Soseman, 49, of Rock Island, active Rock Island community leader, died Thursday, October 8, 2009, in Clarissa C. Cook Hospice House, Bettendorf.
Memorial services are 6 p.m. Monday, October 12, 2009, at St. Johnâ€™s Lutheran Church, Rock Island, with the Reverend Stacie Fidlar officiating. Her family will greet friends at a gathering at the church following the service. Memorials may be made to an educational fund for her son, Travis. Trimble Funeral and Cremation Center, Moline, is entrusted with arrangements.
The former Crystal Kay McDonald was born December 17, 1959, in Moline, the daughter of William Ralph Jr. and Sharon Kay Stanley McDonald. She married Donald Soseman on May 16, 1987, in Rock Island. She was employed in accounting at Bi-State Regional Planning Commission for eight years, last working in July due to illness. She previously worked at Montgomery Elevator Company. She was a Longaberger Basket Consultant since 1995.
Crystal was a volunteer with many community projects over the years. She was instrumental in resurrecting the Longfellow Parentâ€™s Booster Club and a strong advocate for keeping Longfellow School open. She was an active member of the KeyStone Neighborhood Association and Friends of Longfellow, and was the Longfellow Parent Representative on the Rock Island-Milan School District Parent Advisory Council. She enjoyed scrapbooking, crocheting, and gardening, and her greatest joy was spending time with her son.
Crystal is survived by her husband, Donald; her son, Travis, at home; her mother, Sharon McDonald, of Moline; her sister and brother-in-law, Anna and Mark McKay, of Moline; and four nieces and nephews. She was preceded in death by her father.

Danielle Page Durbin Franks Orton, 51, of Phoenix, Ariz., departed this life on May 14, 2011, at PCU, Hospice of the Valley, Surprise, Ariz.

She was born in Moline on May 22, 1964, and she had one son, Alexander Richard Franks, of Crawfordsville, Ind.

Danielle entered this world with a level of imagination unparalleled, filled with a gypsy soul. Her outlook on life was far-reaching and beyond boundaries. She lived an adventurous journey on this earth with a fearless and powerful spirit. Through her amazing artistry, one could get a glimpse into her beautiful soul -- like a piece of tie-dye, the defined lines fade; undefined, colorfully free. Her finest work of art was her son, Alex, who meant the world to her and was a source of endless love in her heart. Throughout her journey in this life, Danielle inspired everyone she touched during her travels with her humor and ability to love vigorously. She made friends wherever life took her and reveled in the beauty of nature and all its creatures. The final mosaic of her life was cemented with the unconditional love of her family and many friends which comprised all of the intimate pieces that created the masterpiece of her life.

"You've always had the power, my dear, you just had to learn it for yourself." - Glinda, Wizard of Oz, a message realized from her favorite movie.

Danielle's favorite mountain will welcome her earthly remains at a later time in the presence of loved ones.

Darryle E. Sigsworth was born the son of John and Sandra Boxman Sigsworth. He married Lori Murrell May 30, 1992.

Survivors include the widow; his parents; three sisters; one brother; a grandmother, Marion Boxman; a great-grandfather, Frank Heimann; three brothers-in-law and his mother-in-law, Ama Murrell; and several aunts, uncles, nieces, nephews and cousins.

A memorial service will be held at a later date. Schroder Mortuary in Silvis is assisting the family with arrangements.

David was born Feb. 9, 1963, in Galesburg, the son of David L. Helms and Terry Hunter. He graduated from Moline High School in 1980. David loved NASCAR and was a Dale Earnhardt fan. He was also a computer genius.

Online condolences may be sent to the family at schrodermortuary.com.

CEDAR PARK, Texas -- Dayna Fisher Lawson, of 1700 Timber Park Drive, died Sept. 13, 2000, after a two-year battle with breast cancer. She was born July 9, 1964, in Los Angeles. Dayna Patricia Fisher was born to William. H. and Carol (Grafton) Fisher and moved to Moline when she was 5 years old. She graduated from Moline High School and Black Hawk College and received her bachelor's and master's degrees in speech and language pathology from Illinois State University, Normal. After graduation, she was employed by the Springfield School District, the School of the Deaf, Jacksonville, and Glancy Rehabilitation Hospital, Atlanta. She married Jack Hampton Lawson of Lubbock, on Oct. 7, 1995, in Atlanta. They have two sons, Blake Hampton Lawson, 2 2 years old, and Brett Hampton Lawson, 15 months old. Survivors, in addition to her husband and sons, include parents, William H. and Marie Fisher, Rockville, Md., and Carol Cunningham, Cedar Park, formerly of Moline; brothers and spouses, Gregory and Nancy Fisher, Lilburn, Ga., Douglas and Marilyn Fisher, Cedar Park, and Tim McColligan, Dallas, Ga.; and a sister and spouse, Cindy and Mark Eldridge, Gaithersburg, Md.

It is with great saddness that I send this message to you...the Angels came for Dean today and he is now resting peacefully in God's hands. His pain and suffering has ended. A mass celebrating Dean's life will be held in Whittier, CA later this week..more info on this to come. Dean treasured the unique friendship he had with each and eveyone of you not only in helping him deal with his illiness but also in helping him celebrate the things he loved most in his life....his children, his family, his friends and lets not forget the Phillies, the Vikings, the Flyers and 76ers....we can't express our thanks enought but thank you....hugs to all ...Carol Styx
1234 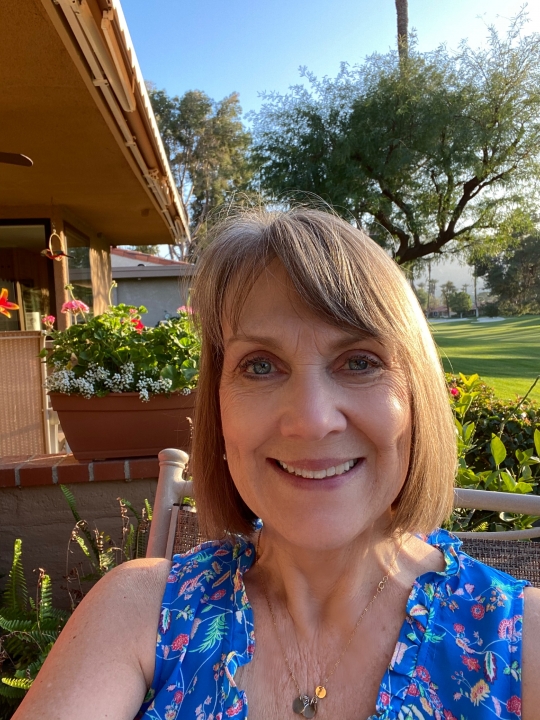 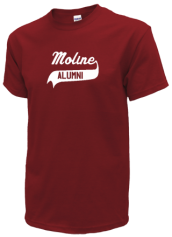