Have you lost your East Union High School class ring? Have you found someone's class ring? Visit our Eagles lost class ring page to search for your class ring or post information about a found ring.

Died in a car accident 1 to 2 years after graduating High School.

Darin passed away in a truck accident in March in Higginsville, MO. Darin was married to a wonderful lady named Edith. They both had 2 children. Darin will be missed by his family and his close friends. Darins father and his wife are living in Cameron, MO. His brother Kyler/ wife Teri live in Chillocothe, MO.
Written by Darin's Aunt, Marta Parrott

Don lost his battle against lung cancer. He was survived by his wife, Patricia (Trish), two sons, Jeramia (fiancee Tonya Carlo) and Joseph, 3 grandchildren Zac, Marcus and Kenni, and another grandchild on the way. He also left behind his parents, Bob and Charlotte as well as 4 brothers Ron (wife Sandy), Jim (wife Debbie), Mike (wife Sherri) and Jeff (wife Cindy), and many nieces and nephews. He lived life to the fullest. He was a seasoned musician, playing with many talented people. He will be missed by all who knew him and loved him. His music will live on in our hearts.

Born January 30, 1954 to Edsel & Irene Claiser Had three brothers and two sisters. Died in truck accident by Mt Ayr the summer of 1969

Edward Paul "Ted" Roeder, 36, of Platte City, Missouri, formerly of the Afton area, passed away at his home Sunday, August 8, 1999. Mr. Roeder, the son of Paul L. and Dorothy (Blair) Roeder was born April 13, 1963, near Afton in Union County, Iowa. He graduated from East Union High School in 1981. He worked for several plumbing and heating businesses, including Holt Plumbing and Heating in Afton. He most recently was employed with Platte-Clay Electric as a lineman. He was a member of The Knights of Columbus, active with the Platte County Fair and many community affairs in Platte County. Services will be held Friday, August 13, 1999 at the Holy Spirit Catholic Church of Creston, with the Fr. Leonard Kenkel and Fr.Emeka Akabueze officiating. Visitation is Thursday, August 12, from 12:00 to 8:00 p.m. at the powers Funeral Home, 610 New York Avenue, Creston. Family time is 7:00 p.m. to 8:00 p.m. Thursday. Burial will be in Calvary Cemetery, Creston.

Gary passed away after a 3 year brave battle with Sarcoma Cancer. He loved life and was a terrific husband, father and grandpa. We all miss him.

Isaac Michael James, born July 3, 1978 passed away on June 1, 2009. Isaac was a confident and pleasant member of the class of 1997. While it is not clear that he actually graduated from hs...he was a strong member of the class and is missed greatly. He will forever be remembered in our minds, fondly.

Jim passed in 1968, exact date unknown. It's believed he was killed in an auto accident.

Jan was born March 2, 1963 in Des Moines, the daughter of Michael and Nancy (Werner) Kelly. Jan grew up in Afton and graduated from the East Union High School in 1981. She later attended college in Maryville, Missouri and received a nursing degree from Southwestern Community College in Creston. During her working career she primarily worked as a pool nurse for various hospitals and doctorâ€™s offices.
She enjoyed attending the Mid Day Connection Bible study group and volunteering at her sonâ€™s school.
Survivors include her son, Race Kelly of Winterset; her parents, Michael and Nancy Kelly of Winterset; her sister, Julie Ingram and husband, Dwight of Winterset; a grandmother, Maxine Werner of Shannon City; a niece, Ashley Molyneux and husband, Aaron; four nephews, Matthew, Drew and wife, Natalie, Jonathan and Jordan Ingram; a great nephew, Braden Molyneux; two aunts and uncles, Steve and Marilyn Werner of Shannon City and Ron and Loretta Kelly of Afton.
Interment is in Greenlawn Cemetery, Afton, Iowa

Kyler passed away May 7, 2011 at the Hearland Long Term Acute Care Hospital in St. Joseph, MO. He was a current resident of Chillicothe, MO. He was a carpenter and cabinet maker and he also worked at Lowe's. He was married to Teri White. Kyler was a avid bowler. He was awarded a 300 ring for a 300 point game. He loved playing golf, the Chicago Bears and El Camino's. He enoyed attending Flea Markets. Survivors included his wife, Teri, 2 sons and one daughter, 5 grandchildren and his father and stepmother. Kyler was laid to rest at Resthaven Memorial Gardens in Chillicothe, MO. Love and miss ya Kyler, Aunt Marta

Larry passed away from cancer, while a junior in high school, in the spring of 1961 (April?)

Leona A. (Walters) Carney passed away on March 14, 2008. She is survived by her husband, Andrew, daughter Andrea (6 years old), and son Marcus (4 years old), along with two step-daughters Lakisha and Angie. Her family resides in Creston.

Born March 22, 1950 to Edsel and Irene Claiser. Nick passed away at his home in Skicmore, MO from heart disease. Nick was survived by his father, two brothers, two sisters and son, Jody and one grandson.

I PLAYED FOOTBALL WITH "BLO", AMONG OTHER THINGS. WE WERE ALSO TOGETHER AT IOWA STATE. HE WAS ONE OF THE MOST CURIOUS MINDS I'VE EVER ENCOUNTERED-ALWAYS INTERESTED IN ANYTHING. A TRAGEDY OF CONTRACTING DISEASE WHILE IN THE PEACE CORPS IN THAILAND, WHICH LIMITED HIS LIFE IN SO MANY WAYS. I MAINTAINED CONTACT WITH HIM FROM AFAR, UNTIL HE DIED. THE MOST I CAN SAY IS THAT HE WAS "MY FRIEND" UNTIL THE END. FROM A GOOD FAMILY.

Robert grew up on a farm near Shannon City, where he attended grade school. He was active in and enjoyed playing in the band. The music department actually had to place a large box under his feet in order for Robert to play the tuba. Another interest of his was the 4-H Club. His diligent work in that organization even awarded him a trip to Washington, D.C. Robert was person who followed his dreams in life. After graduation from East Union in 1968, Robert attended Central College in Pella, majoring in social work. Part of his training included a semester of social work in an inner city slum in Chicago. In 1972, Robert married but later divorced. That union produced a son, Jeffery. In 1981, Robert graduated from New Brunswick Seminary in New Jersey with a MDIV. He interned at the Presbyterian Hospital in Philadelphia, as a clinical pastor and was a parish assistant at the Pathway School. On November 21, 1982, Robert was ordained as a minister in the UCC. His first call was at St. Paul's United Church of Christ. After serving a couple of churches as pastor, Robert entered a new phase of ministry, as a supply pastor to over 20 churches. Having fulfilled his dream of living in urban areas, Robert continued in his love of song and music. In addition, Robert was an avid reader. In his home, Robert had stacks, and shelves, and boxes, and piles of books. His thirst for knowledge directed him back to school. In May 1999, he received a dual master's degree in Social Work, and Law and Social Policy from Bryn Mawr College. He had been employed at Bryn Mawr and was also working toward his Doctorate degree. Robert was attending a conference in Washington, D.C. on September 11, 2001, when the terrorist bombing on the Pentagon occurred. Just a few weeks later, he became ill with a respiratory infection and entered the hospital on October 20. He lost his battle with Guillian Barre Syndrome and left this life on November 10, 2001. A service of Celebration for the life of Robert John Long was held on November 17, 2001 at St. Paul's Episcopal Church in Philadelphia. Robert has a host of Professional and Research experience to his name.
12 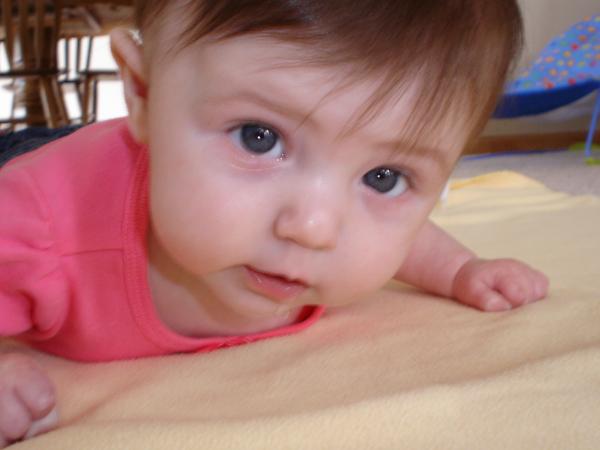 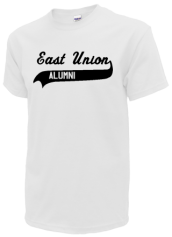 Read and submit stories about our classmates from East Union High School, post achievements and news about our alumni, and post photos of our fellow Eagles.