Have you lost your Clarence High School class ring? Have you found someone's class ring? Visit our lost class ring page to search for your class ring or post information about a found ring.

Jim had a wonderful life, we were married for over 46 years. Six grandchildren he was very proud of and since his passing we now have a great- granddaughter that is beautiful.

Carol passed peacefully of natural causes at age 75 in Englewood, FL. Details to come at www.facebook.com/carol.maslanka

My brother Kip, enlisted in the Military, right out of high school, served 20 years until he retired as tech sergeant in 1995. He made his home Tucson , Arizona but was planning to come back home to Clarence when he was shot to death in the parking lot of a convenience store that he worked part time at. He was trying to stop a robbery.

Gail passed due to cancer. We moved to Florida in 1963. She and I ,her sister, were born in Buffalo and raised in Clarence Center NY. Have cousins still in the area of Clarence and other surrounding areas. Thought there might be alumni who might recall her.

Born in Port Jervis, the Elma resident came to Buffalo with his family in the late 1920s. He attended School 54 and Fosdick- Masten Park High School.

Before retiring in 1984, he taught for 31 years, starting at Cattaraugus and Amherst Central high schools. His last 25 years as a full-time teacher were at Clarence High, where he was known for singing “The Night Before Christmas” before the annual holiday break and once narrating a school band performance of “Peter and the Wolf” in Kleinhans Music Hall.

After retiring, he was a substitute teacher at Iroquois Central High School for many years. A lover of history and nature, he volunteered at Tifft and Beaver Meadow nature preserves and was president of the Elma Library board.

Jim was my older brother. He died while he was in the Marine. He was just married in May. He is really missed.

John was a saxaphone player and very active in the band. He joined the Army in 1971 and soon was promoted to a position in the band in Washington, DC.

Clarence wrestling coach dies at home
By Mary Jo Monnin
Updated: 04/02/07 4:18 AM
Jon Vesper, one of Western New York’s bright, young wrestling coaches, died Friday in his Clarence home. He was 40.
The cause of death was not immediately known. Paramedics tried unsuccessfully to revive him, and he was rushed to Millard Fillmore Suburban Hospital, where he was pronounced dead around 7 p.m. Vesper had some of his former wrestlers over earlier in the day and appeared fine.
Vesper had just completed his 14th season with the Red Devils as a varsity head coach and assistant. Vesper was attending Erie Community College full time with the goal of becoming a physical education teacher. Vesper, a Clarence graduate, was a Section VI wrestling champion in 1983-1984.
Vesper and his wife, Jan, were married seven years. Their children were Brittany, 15, Nathan 6, Grace, 4, with a fourth child expected in October.
Vesper had built Clarence into one of the best programs in Western New York. The Red Devils were in constant contention for the ECIC I title, and they were always well-represented at sectionals.
Dan Audy wrestled four years for Vesper before graduating last year. He said he was heartbroken by the news. “I lost my father when I was 3, and mostly recently my grandfather during the wrestling season. Jon was always there for me,” said Audy. “He was the father figure in my life since all that happened. Jon made everything fun.”
Dennis Beck of Lancaster coached against Vesper. He was impressed with how prepared Vesper’s teams were.
“He worked hard at it. He and his kids were doing the extra things that are required to get to the top of the game,” said Beck. “His kids were always about wrestling at a high level and being competitive.”
The viewing is Monday and Tuesday, 2-4 p.m. and 6-8 p.m., at Urban Brothers Funeral Home, 6685 Transit Road, East Amherst. The funeral is 11 a.m. Wednesday at Zion Lutheran Church, 9535 Clarence Center Road, Clarence Center.

KAREN (ULRICH) JASINSKI Karen Lynn Jasinski, 50, of Las Vegas, passed away Tuesday, Jan. 6, 2009. She was born in Buffalo, N.Y. and was a resident of Nevada for the past 28 years. Karen worked as an administrative assistant. She was preceded in death by her mother, Norma E. Ulrich. Karen is survived by her children, Brittany Jasinski and Shawn Jasinski; her father, John Ulrich; sisters, Karla Schrantz and Kristin Ulrich. A service was held Friday, Jan. 9. Donations can be made to the Multiple Sclerosis Society.

My brother would be considered "the life of the party." He was very outgoing, funny, and talented. He played basketball and softball as well as performed in the senior musical of 1974. In Aug of 2002, he commited suicide and we are not totally sure why. Please remember Mikey as "the life of the party" when you think of him. He is dearly missed by his family.

Mike died of pancreatic cancer. He will be missed by family and many friends.

Pam died of ovarian cancer and is deeply missed by her many friends and family.

Becky passed away very suddenly this July 4, 2208 at the young age of 47 from lung cancer. She was the youngest of 5 siblings. Becky had her Bachelors degree in Psychology, and worked at UB in the Economics Dept for 22 years. She never married, but was survived by her Australian Cattle dog, Bailey. She is terribly missed by her family, friends and puppy. 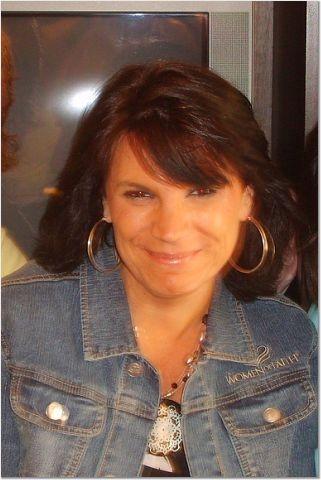 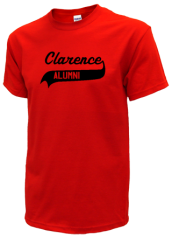