Have you lost your West Springfield High School class ring? Have you found someone's class ring? Visit our Terriers lost class ring page to search for your class ring or post information about a found ring.

Debra J. (Lempke) Morrissey, 41, of 81 Savoy Ave. died on Friday at Mercy Hospital. She was a dispatcher and office worker for several trucking firms in the area, including St. Johnsbury Trucking Co. Born here, she was a West Springfield High School graduate, and a longtime West Side resident. She leaves her husband, W. Bryan Morrissey Jr.; her father and stepmother, Ernest and Paula Lempke of Summerfield, Fla.; her mother and stepfather, Norma (Kingsbury) and Frank Hanzel of West Springfield,
Author: STAFF UNION-NEWS (Springfield, Mass.) Date: December 14, 1996 Publication: Union-News (Springfield, MA)

Diane J. Mundt 1955 - 2013 HULL - Diane J. Mundt, PhD was tragically killed along with her niece, Amanda Mundt, and Meagan Bell who were all returning to the airport in Port au Prince, Haiti, after completing a work project for the people of Haiti. Her brother, Kenneth Mundt, Meagan's parents Dave and Beverly Bell and two Haitian coworkers were injured in the accident. Diane was a resident of Hull, MA, formerly from West Springfield. Her husband, Alan Soudakoff, passed away November 1, 2010. Diane was born in Springfield on Dec. 29, 1955 to Arthur and Jean (Symancyk) Mundt. She was a graduate of West Springfield High School. Diane attended Concordia College in Bronxville, NY and was a graduate of Valparaiso University in Indiana. She earned a Masters degree from the Harvard School of Public Health and a Doctoral degree from the University of Massachusetts at Amherst. She has worked in the field of epidemiology and public health policy in Washington DC, Chicago and Massachusetts and was a Principal Consultant at ENVIRON International Corporation. Diane served as a member of the Board of Directors of MEDICHEM, the international scientific association for occupational and environmental health in the production and use of chemicals. Besides her parents who reside in Hadley, formerly of West Springfield, she leaves her brother and sister-in-law Kenneth and Elizabeth Mundt of Amherst. Also, her niece Sarah Mundt of Boulder, Colorado and nephew Zachary Mundt of Amherst and extended family of aunts, uncles and cousins.
Publication: The Republican (Springfield, MA) July 19, 2013.

WEST SPRINGFIELD - Donna J. (Calvanese) Sheil, 31, of 3 Valley View Road, Lincoln, RI., formerly of West Springfield, a licensed practical nurse, died yesterday while vacationing in Fort Myers, Fla., after a long illness. Born in Ludlow, she lived in West Springfield most of her life before moving to Rhode Island six years ago. She graduated from West Springfield High School in 1973 and from Western Massachusetts School of Nursing in Westfield. She was a nurse at Providence Hospital, Holyoke, and at the Western Massachusetts Kidney Dialysis Center in Springfield, before becoming a private duty nurse in Lincoln. She leaves her husband, of six years, James A. Sheil; her father, Anthony Calvanese of Chicopee; her mother, Carol Calvanese Berg of West Springfield; a brother, Joseph A. of Fort Myers; a sister, Kathy Calvanese of West Springfield; three stepbrothers, Skip, Bill and James Berg; three stepsisters, Sharon Burns, Jane Provencher and Sally Holcomb, all of East Hartland, Conn., and her maternal grandmother, Vera Welch of Springfield.
[Published in The Springfield Union-News, Tuesday, December 2, 1986]

Douglas A. Wood, 40, of 131 Federal St. Extension, the owner and operator of Woodcomm Enterprises, died Saturday at home. He had worked for Continental Cablevision Corp. for 17 years. Born in Springfield, he lived in West Springfield most of his life before moving here four years ago. He was a 1973 graduate of West Springfield High School. He belonged to the West Springfield-Agawam Elks Club, and was active in the Westfield Men's Softball League. He leaves his parents, Ralph K. and Jean Wood
STAFF UNION-NEWS (Springfield, Mass.) Date: June 5, 1996 Publication: Union-News (Springfield, MA) Page Number: D5

Ellen passed away at the age of 67 on October 24, 2017. Ellen had lived in Deltona, FL with her husband Gary (Cooper). She is survived by him and her son Matt (Parnell) and his wife Crystal and their children

Gary C. Philbrick, 60, died peacefully Wednesday July 8th at Baystate Medical Center. Gary was born in Springfield the son of Beverly (Case) Philbrick and the late Clarence H. Philbrick. He was a 1973 graduate of West Springfield High School and went to work for several plumbing companies, the last being Springfield Plumbing Company. He then started his own business, New England Window Cleaning, where he had many wonderful customers.

Gary J. Dzubek, 39, of 272 Morgan Road, a self-employed designer, died Thursday at home. He was previously a designer for Tressard Co. for 10 years. Born in Springfield, he lived in New York City before moving here a year ago. He was a graduate of West Springfield High School, the Franklin Institute in Boston, and the Parsons School of Design in New York City. He leaves his parent, John and Bertha (Mayotte) Dzubek of West Springfield, and a brother, Paul E. of Monterey, Calif.
STAFF UNION-NEWS (Springfield, Mass.) Date: November 19, 1994 Publication: Union-News (Springfield, MA) Page Number: 16

Kathy A. (Martin) Buckley, of Springfield, passed away peacefully on Monday, June 20, 2016. She was born in Springfield on July 26, 1955, a daughter of the late Terrance and Marguerite (Doan) Martin. She was a graduate of West Springfield High School, Class of 1973. Kathy had a love for animals and enjoyed reading. She is survived by her husband Joseph Buckley of Springfield, her Aunt Leora and her husband Daniel.

Lynda Lee Hildreth 1955 - 2008 BURLINGTON, VT - Lynda Lee (Guevin- Chartier) Hildreth, 53, formerly of West Spring-field, passed away at home of natural causes. She was born in Springfield the daughter of R. Lee Hildreth and the late Aida (Pisano) Hildreth. Lynda worked and resided in the Whitingham-Dover Vermont area. She was a graduate of West Springfield High School and Springfield Technical Community College. Lynda was known for her upbeat view of life and for her ability to spread joy and wisdom to those with whom she was in contact. The highlight of Lynda's life was seeing her daughter graduate from the University of Vermont and her daughter's wedding. Lynda is survived by her beloved daughter Deja Lea (Guevin) Murray and her husband Patrick; her loving father R. Lee Hildreth and many aunts, uncles, cousins and friends. She is buried in Paucatuck Cemetery in West Springfield.
Published in The Republican on Nov. 18, 2008.

Mark E. Sheridan, 42, of 92 Bairdcrest Road died Thursday in Indian Orchard. He was a maintenance engineer at the Postal Service Bulk Mail Center in Indian Orchard for 14 years. Born here, he lived in West Springfield before moving back 20 years ago. He was a 1973 graduate of West Springfield High School, a Coast Guard veteran, and a member of the American Postal Workers Union, AFL-CIO. He was a varsity swimmer at WSHS, and coached in the Springfield Girls Softball League. Publication: Union-News (Springfield, MA) Date: February 14, 1998 Page Number: A9

Mark Thomas Claffey 1955 - 2011 SCARBOROUGH, ME - Mark Thomas Claffey, 55, of Scarborough, ME, died August 25, 2011 at Maine Medical Center with his loving family by his side. He was born August 26, 1955 in Hartford, CT, the son of Francis John and Stella Messina Claffey. Mark was a 1973 graduate of West Springfield High School, West Springfield, MA. Mark married Julie Ann Ringuette, his best friend and life partner, on May 15, 1976 in Westfield, MA and began raising a family. Mark was a diesel fuel specialist who was well known in the community for his expertise in his field. He began work following high school for American Bosch and United Technologies. In 1987, Mark went to work for Connell Diesel, Inc. and in 2001 he purchased the company which he operated until his death. He played bass guitar and played in several bands in the Springfield, MA area. He enjoyed tinkering with electronics and spending summers camping and fishing throughout New England with his family. He always the life of the party and enjoyed a good political debate. Mark's family was most important to him and he cherished the time he spent with his wife, daughter and grandchildren. Mark was predeceased by his parents and survived by his wife Julie Claffey of Scarborough, ME; his daughter, Danielle M. Scott and her husband Benjamin of Gorham, ME; his sisters, Debra Claffey and her husband Art Matthews of New Boston, NH, Kathleen Barbaglia and her husband John of Indianapolis, IN, Eileen Claffey and her partner Mark Adams of West Brookfield, MA, Maureen Feinstein and her husband Scott of Longmeadow, MA, Rebecca Neveu and her husband Brian of Russell, MA; and his brothers, Stephen Claffey and his wife Sheila of Uncasville, CT, David Claffey and his wife Julie of Somerville, MA; his grandchildren, Neila Cairnduff and Ellis Scott of Gorham, ME, and 25 nieces' and nephews. A memorial service will be held at a later date. Arrangements are under the direction of Conroy-Tully Crawford Funeral Home, 172 State Street, Portland, ME. In lieu of flowers, donations may be made to "Grandchildren's College Fund", c/o Julie Claffey, 249 Black Point Road, Scarborough, ME 04074.
12 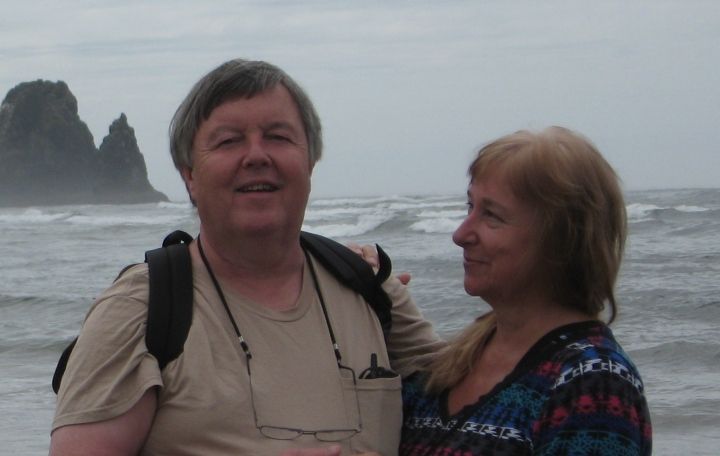 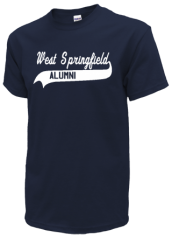 Read and submit stories about our classmates from West Springfield High School, post achievements and news about our alumni, and post photos of our fellow Terriers.

been here in SW FL for the past 30 years. Who knew that one day on Facebook i would see friend John Flaskamper living r...
Read More »