Have you lost your West Fargo High School class ring? Have you found someone's class ring? Visit our Packers lost class ring page to search for your class ring or post information about a found ring.

Kelly J. Speaks
Class of 1997
Air Force, 10 Years
I am weapons instructor on rifle, handgun and machineguns; was also a law enforcement patrolman; have been deployed to the Middle East and to South America.
Report a Problem

Linda (Halvorson) Hayden
Class of 1975
National Guard, 20+ Years
Enlisted in the ND ANG Nov 1974. Retired 30 April 2010, from the CA ANG, 163 RW, March ARB CA. Served the men and women of the Force Support Squadron as their "Chief" - Had a great military career.
Report a Problem

Monica Heise (Anderson)
Class of 1987
National Guard, 20+ Years
Retired from the NDANG ("Happy Hooligans") as a MSGT
Report a Problem

Monte DeBoer
Class of 1983
Navy Reserves, 20+ Years
Joined the Army after high school (2 years, Military Police) and then joined the Navy Reserves while in law school (Navy JAG Corps) and have remained in the reserves far too long :>)
Report a Problem

Nathan Lynnes
Class of 2006
National Guard, 9 Years
Started with the 2-136th CAB out of Detroit Lakes, MN. I am now currently with the 1-188th ADA out of Grand Forks, ND.
Report a Problem

Randall Griffeth
Class of 2001
Army, 3 Years
Has been in Iraq serving since Nov 07 and will be home Feb 09!!!
Report a Problem

Randy L. Marquart
Class of 1990
Air Force, 15 Years
I am currently the Assistant Dining Facility Manager at Osan AB, Republic of Korea. I will be assigned to Offutt AFB, NE and will move there in March 2007.
Report a Problem

Richard Grossman
Class of 1985
Army, 13 Years
My first tour in the army was from 1985-1992. Re-enlisted in 2002. The army has taken me to Germany, Texas, Kuwait, Iraq and now Washington DC. It is true what they say "join the army see the world".
Report a Problem

Shauntaza Knox
Class of 2001
Army, 8 Years
Served eight years as Active military in the medical field and continues to serve for the military as a GS employee.
Report a Problem
123 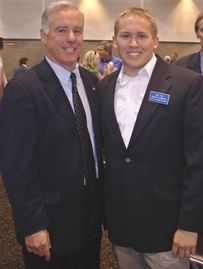 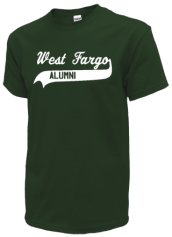 Read and submit stories about our classmates from West Fargo High School, post achievements and news about our alumni, and post photos of our fellow Packers.

View More or Post
In Memory Of
Our West Fargo High School military alumni are some of the most outstanding people we know and this page recognizes them and everything they have done! Not everyone gets to come home for the holidays and we want our West Fargo High School Military to know that they are loved and appreciated. All of us in West Fargo are proud of our military alumni and want to thank them for risking their lives to protect our country!