Have you lost your Washington Park High School class ring? Have you found someone's class ring? Visit our Panthers lost class ring page to search for your class ring or post information about a found ring.

Ann Terese Peterson, 52, passed away at the Aurora Medical Center in Kenosha on Sunday, August 13, 2017. She was born in Racine on June 7, 1965, daughter of the late Edward and Gaynell (nee: Rutherford) Dyess. Ann earned her bachelor degree from Trinity college in Deerfield, Illinois, and went on to enjoy a successful career at Abbott Laboratories where she was a Program Coordinator.
She is survived by her children: Armani Peterson and Tiara Langston; grandchildren: Jeremiah, Josiah, and Jerelle Smith; siblings: Randie Dyess, Grant Dyess, Bobbie Dyess, Aprill Dyess, and Chris Dyess; as well as many other relatives and friends.

Barbara Pierangeli Grabow died peacefully at Pleasant View Nursing Home on March 7th in Monroe at the age of 76, after a brief but brave journey with cancer. Barbara was born on June 21st, 1943 in Racine to Philip Pierangeli and Yolanda Marie (nee: Aiello) Pierangeli, first generation Italian-Americans. She graduated from Washington Park High School, Racine, in 1961 where she had already decided that she would become a teacher. Barbara married Edward Walter Grabow in 1964, during her years at University of Wisconsin – Whitewater. After her graduation in 1965 with a degree in Elementary Education, she and her husband and son moved to Monroe where she began her long career in education. Over the next 45 years she would change the lives of countless children through her dedication and hard work in teaching. Her love of education continued during summers, where she earned a Master's degree in elementary education from UW–Platteville, taught science in Camp Invention, and tutored summer students. Her commitment to education also extended outside the classroom to her involvement in Wisconsin Education Association Council and the National Education Association. Among her many accomplishments are her teaching awards, including the Kohl Teacher of the Year, Kiwanis Teacher of the Year, two Teacher World awards, and the Environmental Scholarship award. After her retirement in 2011, she impacted the community in other ways by her involvement with the Monroe Theater Guild, the Green County Historical Society and the Behring Senior Center.

SADLY MISSED BY ALL HER CLASSMATES. MOTORCYCLE ACCIDENT OUR SENIOR YEAR 1981

Brian was a good man grow up in Lake Park and live in Adam friendship. He was my x wife aunt husband. He was survived his wife Mary, his daughter Alyssa and Son Josh. I spend every labor day and memorial day at his house in
Adam Friendship WI

Charles "Charlie" Nash
NEW ORLEANS, LA- Charles P. Nash, 42, died as a result of a household fire on Thursday, June 28. He was born in Racine on July 26, 1969 the son of Patrick and Marilyn (Nee: Lindberg) Charlie Nash had been a resident of New Orleans for the past 15 years. Charlie was a 1987 graduate of Washington Park High School. He served his country with the United State Marine Corps. Charlie was presently employed as the manager of The Oak Street Ace Hardware in New Orleans. He was an avid Cubs and Bears fan. Charlie was an accomplished musician and still enjoyed playing his trombone with friends in the New Orleans Area. - See more at: http://www.legacy.com/obituaries/journaltimes/obituary.aspx?pid=158294010#sthash.vL50wEvm.dpuf

You may remember Cindy as an honors student who played the bassoon in the orchestra. More importantly, she was a dear, lifelong friend to all three of us Shepherd sisters. She passed far too soon and we miss her dearly.

NOT SURE OF THE INFORMATION WAS JUST RECENTLY TOLD HE PASSED AWAY.HE WAS CRAZY AND CAREFREE AND COULD MAKE YOU LAUGH..REST IN PEACE1

Frances was and will always be my dearest friend. She passed suddenly from a surgery. She has been missed deeply ever since.
Frances is on the left. She and I were always together since 1965, such good friends. I will see you again soon Frances.

Gilbert (Gilster) Coles, spent most of his life in the military. He joined the Marines right after high school. Was stationed in Hawaii and CA and served 9 yrs. Returning to Racine he joined the Army Reserves and served another 11 yrs and retired after 20 yrs of service to his country. He never married, and did not have any children. He was in security at SC Johnson when died of prostate cancer at the young age of 47.

Jim is in the Park High School Hall of Fame, was President of Mt. Pleasant at time of death and was RUSB Treasurer for several years. Jim served two of his four years in the Navy in Vietnam and was a graduate of UW-Parkside. Wife Sharman was 69 graduate of Park HS.

I remember Joe as a dark haired, lively, friendly kid who was so full of life. He was sort of a goof ball in a good way. I couldn't believe it when he died. I don't recall when he died but I do remember he was in our class. RIP classmate......

John was a butcher and I was told that he died from some form of blood infection.

Died in Aurora CO from Cancer. Kathy was the first girl I ever dated.

Died in Madison, WI after a car accident.

RACINE - Ms. Stephanie Ann (nee: Morgan) Luten, 47, went home to be with her Lord and Savior on Friday, March 20, 2009. Stephanie was born in St. Louis, Mo. on May 4, 1961, the daughter of James and Pinkie (nee: Russell) Morgan. She was a 1979 graduate of Washington Park High School. After graduation, she attended the University of Wisconsin - Platteville and the University of Wisconsin - Parkside. Stephanie worked many years as a Bus Driver. Her first position was with the Unified School District and then with the Belle Urban System. She also worked as a Support Coordinator at the Dr. John Bryant Community Center. Stephanie accepted Christ at an early age and loved to talk about her Lord. Stephanie loved life, to smile, dance, and tell jokes. Her laughter was contagious! She could break out in a roaring laugh and get everyone to join in. She was completely dedicated to her family and friends and was always willing to lend a helping hand to others. All she asked in return was respect and kindness. She was an excellent homemaker and loved to cook. Her parents were her joy and she spent many hours helping them with their business at the Seven Mile Fair. Left to cherish her memories are her children, Sheteaka Morgan, Ronald Luten Jr., and Raven Luten; and her parents, James and Pinkie Morgan, all of Racine; five sisters, Portia (Nadah) Bailey of Walden, N.Y., Lydia (Gregory) Nelson of Milwaukee, Briannie Morgan, Ciara Morgan, and Kiara Morgan, all of Racine; her grandparents, Flaura Russell, Luke (Dee) Morgan, and Annie B. Jackson, all of East St. Louis, Ill.; as well as a host of other relatives and friends. She was preceded in death by her maternal grandfather, Luke James Russell; and paternal grandfather, Lacy Jackson. Homegoing services will be held at 11 a.m. on Friday, March 27, 2009, at St. Paul Missionary Baptist Church with Pastor John D. Russell and Pastor T.L. Howell officiating. Committal services will be private. -

RACINE - Terry Lee Kammien, Sr., age 44, passed away peacefully at home on Sunday morning, May 5, 2013 following a brave struggle with Amyotrophic Lateral Sclerosis - also known as Lou Gehrig's Disease. Terry was employed as a machinist at In-Sink-Erator, until his battle with ALS forced him to retire in 2012. He was a devoted member of St. Lucy Catholic Church. As a sports enthusiast, he played City of Racine League softball and was an avid bowler. Terry was also a dedicated coach for RASA, Racine Youth Sports and Old Timers Football League. Above all, his number one priority was being involved in anything to do with his treasured family. - See more at: http://www.legacy.com/obituaries/journaltimes/obituary.aspx?pid=164670192#sthash.Gufz6ohg.dpuf
12 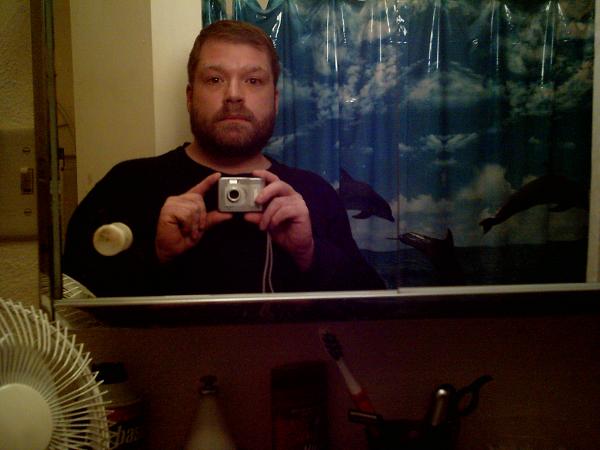 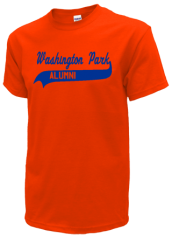 Read and submit stories about our classmates from Washington Park High School, post achievements and news about our alumni, and post photos of our fellow Panthers.

To benefit the Atonement Our Savior’s Youth Program going to the National Youth Gathering in Detroit, Michigan thi...
Read More »