Have you lost your Warren Easton High School class ring? Have you found someone's class ring? Visit our Eagles lost class ring page to search for your class ring or post information about a found ring.

Command Chief Master Sergeant Chalma Lee Sexton, Jr., was born on August 9, 1950, in New Orleans LA. He retired on 1 February 1999, following almost 29 years of outstanding military service. His diverse career included service as a Security Forces Manager, Master Instructor and Command Chief Master Sergeant. His tactical leadership of the Air Force Special Emergency Service Flight (AFSESF) and protection of the deposed Shah of Iran, during the 1979 US Embassy hostage crisis, contributed immeasurably to the American captives’ safe repatriation. The Secretary of State, the Air Force Chief of Security Police, and the Director of the US Secret Service personally commended him. Chief Sexton assisted the Headquarters United States Air Force Judge Advocate General’s office in preparing for the landmark US Supreme Court case, Albertini versus the United States. He also led the response to more than 100 anti-nuclear protests, resulting in over 1,200 apprehensions. Chief Sexton developed and coordinated protective service plans and actions supporting the Chairman of the Joint Chiefs of Staff, the Director of the Central Intelligence Agency, the President of the Republic of South Korea, the Queen of England, and, the President of the United States. He was commended and cited for actions incident to protecting the President of the United States.

He is the author of, USAF Chief Master Sergeant Former Prisoners of War and Missing in Action, published by The Airmen Memorial Museum.

His military career includes numerous permanent assignments and deployments around the globe. He was promoted to Chief Master Sergeant – the top one percent of the military enlisted force - on November 1, 1987.

Chief Sexton is a graduate of all levels of Air Force Professional Military Education (PME). He is a Distinguished Graduate from the 15th Air Force NCO Leadership School and Class Speaker Award winner. He is a graduate of the FBI National Academy – “THE WEST POINT OF LAW ENFORCEMENT.” He holds two Masters Degrees in Management and Administration of Justice. He holds a Bachelors Degree in Administration of Justice and three Community College of the Air Force (CCAF) Associate Degrees in Police Science, Industrial Security and Instructional Technology.

In March 2012, Chief Sexton was selected for induction into the Warren Easton High School Hall of Fame.

Helen Petrie
Class of 1970
Army, 7 Years
I served in the Army from September 1972 until November 1979. I was trained as a medic and was stationed in Bad Constatt, Germany from March 1973 until September 1975. I returned to the States and was stationed at Madigan Army Medical Center in Tacoma, Washington from September 1975 until May 1977. While in Tacoma, I completed advanced training and also received my LPN license. After completing training, I was transferred in May of 1977 to William Beaumont Army Medical Center in El Paso, Texas where I served as Assistant Ward Master on an Orthopedic Unit. I left the military in November of 1979 to begin Nursing school, While in the Military, I received the National Defense Service Medal for serving during the Viet Nam era. I also received the Good Conduct medal twice, I left the Military as a Spec 6 (Staff Sargent). I loved my Military Service and enjoyed my tours and the opportunities to travel and see places I dreamed about. I Fly my American Flag proudly and with honor and respect for all those who have served,fallen and those who are serving now to protect the freedom we have. Gold Bless America.
Report a Problem

James K. "Jim" Conley
Class of 1962
Army, 20+ Years
Jim Conley of the class of 1962 retired as a lieutenant colonel from the U.S. Army in 2004 with 35 years of active and reserve service.
He began his career in 1962 with the Air Force and was a Russian linguist in Air Force Security Service. He served in Japan during the early days of the Vietnam War as an intercept operator targeting Soviet activities in the Far East. In that role, he directly supported the National Security Agency (NSA) and the CIA.
He was honorably discharged in 1967.
After earning his bachelor's degree from the U of Texas (1970), then a Master of Science from Abilene Christian University (1975), he joined the US Army Reserve in 1975, and earned his commission as a 2nd LT from Officer Candidate School in 1977.
In the subsequent 27 years, he did combat tours in Panama (1990) as a captain attached to the 7th Special Forces Group, and then in 1991 as a special operations captain/operations officer attached to 1st Infantry Division in Iraq, and then post combat as a Kurdish refugee camp assistant ops officer in northern Iraq.
Othe tours of active duty included two stints at Guantanamo, Cuba in the 1990s; military planning for Bosnia in Naples, Italy and Bad Kreuznach, Germany; and several assignments with German Territorial Forces; and then in 1997 to Ghana, Africa as part of a 30-man team teaching the role of the military in a democracy to Ghana's parliament and general staff.
His awards included the Meritorious Service Medal, Joint Service Commendation Medal; Army Commendation Medal with three Oak Leaf Cluster and others. He received the Coast Guard Special Operations ribbon for Guantanamo operations while he was an Army major in 1995.
He was an expert marksman in rifles and pistols and was a member of a command rifle competition team.
He was a graduate of the JFK Special Warfare School at Fort Bragg, NC, and the Army Command and General Staff College at Fort Leavenworth, KS; as well as Russian Language School; Air Force Intelligence School; and German Language training.
In retirement, he actively retains membership in the Special Forces Association; the American Legion; Veterans of Foreign Wars; Disabled Veterans; and the USO.

Jules Reimonenq
Class of 1985
Air Force, 20+ Years
Joined Air Force in 1985 to current. I was first assigned to Barksdale AFB in Bossier City LA until May 1998. May 98 I was staioned to SHAPE located in MONS Belgium. until I returned to Louisiana in May of 2000 until present.
Report a Problem

Kendrick Nelson
Class of 1989
Army, 20+ Years
Served as a petroleum supply specalist for 20 years and retired as a Sergeant First Class. Currently living in Virginia working as a contractor with the military on Fort Lee.
Report a Problem

Michael Sanders
Class of 1983
Army, 20+ Years
21 years in the Army with duty stations in Colorado, two tours in Germany, Virginia, Pentagon in Washington DC, Korea, Hawaii, and two tours at Ft. Huachuca in Arizona. Retired in 2004 as a SFC/E-7.
Report a Problem
12 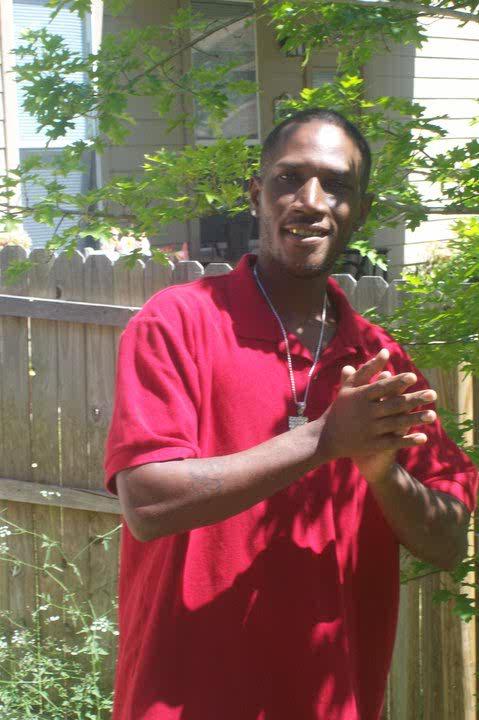 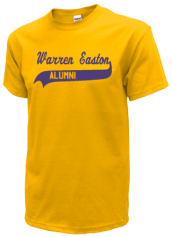 Read and submit stories about our classmates from Warren Easton High School, post achievements and news about our alumni, and post photos of our fellow Eagles.

Committees are being formed and suggestions are being sought for ideas to celebrate our 50th year reunion next year. Ad...
Read More »

View More or Post
Our Warren Easton High School military alumni are some of the most outstanding people we know and this page recognizes them and everything they have done! Not everyone gets to come home for the holidays and we want our Warren Easton High School Military to know that they are loved and appreciated. All of us in New Orleans are proud of our military alumni and want to thank them for risking their lives to protect our country!