Have you lost your Walled Lake Central High School class ring? Have you found someone's class ring? Visit our Vikings lost class ring page to search for your class ring or post information about a found ring.

Darwin Bragg passed from this life, at his home, to the arms of our heavenly father on November 4, 2019.

Darwin was born in Pontiac, MI, on March 10, 1961. He graduated from Walled Lake Central High School in 1979. He ended up in Oklahoma City, OK, where he lived until his passing.

He was a talented graphic artist working as an independent contractor doing work for the OKC Civic Center. His other gift was singing. He had an amazing voice that was a joy to hear. He was a giving and loving person who made an impression on those he met. He cherished time with his family and took every opportunity he could to be with them.

He was preceded in death by his parents Norman and Wanda Bragg and his life partner Oliver Douberly. He is survived by his daughter, Tiffany McClain, granddaughter Charleston, sisters Pamela Walters, Winona Cone, Melody Bragg, niece, nephews, grandniece & grandnephews.

In lieu of flowers donations can be made to the Diabetes Foundation in Darwin's memory or a charity of your choice.
http://www.smithandkernke.com/memorialpage_new.asp?id=2346&fbclid=IwAR0WsBTz4gXAVz8c3AZNjCHwZaS49ZqhdjCjOv53PpV6f_qJruAwkXw_f08

Dave died suddenly near his home while walking his dog (Meg). He and I shared many memories of Walled Lake High School. He was 65 years old.

We all remember Dave as the most popular guy from back in the day . He was the lead Singer w the Local Midwest Tree Company . From there he did a brief stint with the Amboy Dukes . He really made his mark in the Ann Arbor area as alead singer with the Rockets . His younger brother was Mark Gilbert . They lived off Keith Road . I rememeber giving Dave my dog Arlo when I left for the Army . In spite of being so popular , Dave was never stuck up . I was glad to see him again when I got of the Army in 1976 and moved to Ann Arbor . Rip Bro . You were a Hell of a good singer

Car Accident. Remembered fondly by her friends and classmates.

Passed away from metastic breast cancer.

The class of 1979 remembers Ernie as a nice guy.

A real friend who will be missed by many.

Harry was approximately 57 or 60 years old when he was treated for cancer at the Gaylord, MI. Veterans Hospital. He worked as a bar tender in Roscommons MI. for many years. His date of death was October of 2000 or 2001

Herb is remembered by his friends and classmates as a great guy. Passed at age 48. Herb graduated from Michigan State University. He attended Officer Candidate School and was commissioned as a 2nd Lieutenant in United States Army in October of 1986. Herb was an Infantry Officer and was part of the Panama Invasion in 1989. He was honorably discharged from the U.S Army as a Captain. He is survived by his cousin, Mary Kirk of Ohio. Interment Service with full Military Honors 10:30 a.m., Monday, February 8, 2010 at Great Lakes National Cemetery, Holly. Arrangements entrusted to the Lewis E. Wint & Son Funeral Home, Clarkston

Joe my twin brother graduated in 1964 and joined the Navy after he graduated, he was sent to Danang, Viet Nam from 1965-1966. He finished and came home. He did Marry and was very happy. He worked for Oakland County Road Crew. He finally retired at the age of 59. He passed away a few months later of Manastatic Cancer cancer. A wonderful brother a great son, husband and father to his wive' children. We love and miss him. He was a friend to everyone.
12 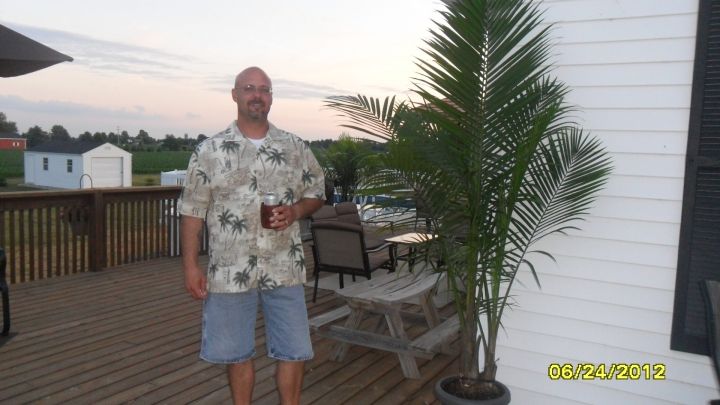 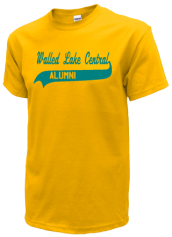 Read and submit stories about our classmates from Walled Lake Central High School, post achievements and news about our alumni, and post photos of our fellow Vikings.