Have you lost your Walla Walla High School class ring? Have you found someone's class ring? Visit our Blue Devils lost class ring page to search for your class ring or post information about a found ring.

Annie Peterman PHD was retired for 10 years from teaching at he University of Washington. She put in time at the Woodland Park Zoo in Seattle and loved to travel.

Brian died due to a rupture of his aorta that was inoperable. He lived to fish until the end. We miss him very much.

Danny Massey lost his long battle with brain cancer on June 5th, 2009. To those who knew him, he will always be remember for his infectious laugh and sarcastic wit. We will miss you, Danny!

Passed after a life-long illness. Those who may have known...Dawn was born with a defect in her abdominal diaphram, and gastro-intestinal problems. She had 28 operations in her 39 years. The last of which nearly killed her. She did her best to live right and keep up her strength. She seemed fine and passed unexpectedly. I was the last to speak with her before her passing...she expressed concern for the wellfare of her Mother and Father (Dad was terminal with Cancer). Her Son, Andrew discovered her on his way out of the house to go to school (Dawn would check his homework)...he went downstairs to find her deceased. A great shock to all who knew her. RIP.

Deanna was born Deanna Joy Gwinn, October 9, 1953, to Frank and Connie Gwinn. She started grade school in Dixie and graduated from Wa-Hi in 1971. She was active in horse 4-H and Games at the Summer and Winter Series.

Deanna loved to travel, listen to music and attend concerts across the country, watch movies and read books. She loved attending the Walla Walla Cowboy Church and being a greeter on Sundays. She loved everyone especially all her “nieces and nephews”.

Deanna married Oscar Stout in 1994, and they enjoyed 23 years together. Deanna was a Federal Retiree having worked 16 years between the VA Medical Center and Corps of Engineers. She will be remembers and missed by all who knew her.

Doug passed in 2011 after a battle with liver cancer. He kept his humor all the way to the end. He is missed by his friends and family.

Wayne passed away in Puyallup, WA after a bout with cancer. On April 1,2014, he retired from the Wash. State Dept. of Revenue after 22 years of service. Wayne, you are missed by many!

Jerry (Geraldine) Duff Taylor died Nov. 9, 2015, at home. Born in Walla Walla on June 6, 1942, she was the oldest of three children born to J. Carroll and Myra Warfield Duff. Jerry attended local schools and graduated from Walla Walla High School in 1961. At an early age she began working for Duff’s Creamery, which was the family business. Jerry retired from Banner Bank in Walla Walla in 2009, after 33 years of service. Jerry loved helping others and volunteered for several organizations such as Santa’s Elves. She was a member of Narcissa Rebekah Lodge #2, Odd Fellows, and Christ Lutheran Church. In 2007, she helped start a “Red Hat” group called the Red Hot Desserts.

Jon Henry committed suicide on Sept. 11, 1995. He was loved dearly by his family and friends. We will forever miss him. This post has been contributed his big sister Jennifer Henry Weidert Class of 1983.

She was living in Calif at time of death

Lillian lived the life of sun and fun in Los Angeles and had a brilliant 33 year career.

She was a ray of sunshine and will be missed by all who knew her.

Lori passed from complications stemming from an open heart surgery. She is still missed everyday.
123 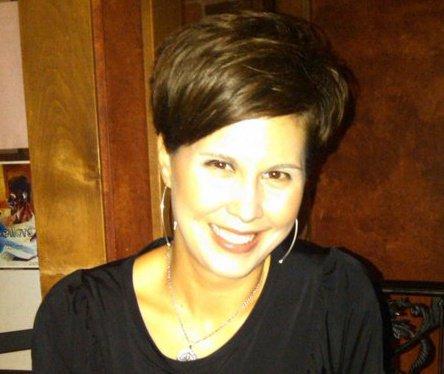 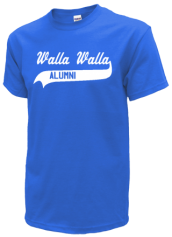 Read and submit stories about our classmates from Walla Walla High School, post achievements and news about our alumni, and post photos of our fellow Blue Devils.