Have you lost your South High School class ring? Have you found someone's class ring? Visit our Wildcats lost class ring page to search for your class ring or post information about a found ring.

Barb died following a 10 year courageous battle with Non-Hodgkins Lymphoma and MDS. She was preceded in death by her oldest son, Lance Kirby. Surviving are two children, Todd Kirby and Lori Kirby Saxton. Her husband, Gene Kirby, SHS Class of 1956, died 2015. Also, survived by her sister, Neloise Thulin Bell. Barbara, Gene and Lance's cremains are in a tomb in Ferncliffe Cemetary directly across the street from Barb's childhood home on First Street.

HAMILTON, Chad Michael 33 of Mercersburg, Pennsylvania, passed away in his home on December 23, 2004. Chad was born in Springfield, Ohio on July 2, 1971. Graduated Springfield South High School and served in the United States Navy. Chad will be sadly missed by those who knew and loved him. Chad is survived by his wife Alicia and two children a son Ashe and a daughter Hunter; his mother and stepfather Sharon and Thomas Martin of Charlotte, North Carolina; his father Daniel and Rhonda Hamilton of Springfield, Ohio; two sisters Kristin Huff of Concord, North Carolina, Amanda and James Cooper of the United States Navy stationed in Sigonella, Italy; his parental grandparents James and Marcella Johnson of Springfield, Ohio and Clyde Williams of Mary Esther Florida; two nephews Nick and Zack Huff of St. Paris, Ohio; also aunts, uncles and cousins. A Memorial Service will be held on Saturday January 8, 2005 at 2 p.m. at St. Giles Presbyterian Church, 116 Foxridge Road, Orange Park, Florida.

GANSHEIMER, Christine J. 40, of Springfield, passed away peacefully in her home after a battle with cancer on Monday, May 30, 2011. She was born on July 13, 1970 in Springfield, the daughter of Clifford J. and Terri L. Gansheimer. Chris is survived by her pride and joy, 9 year old son, Caleb James Gansheimer; her mother, Terri Gansheimer; brother and sister- in-law, Thomas and Sandy Gansheimer; nephews, Jaden and Elijah Gansheimer; aunts and uncles, Fred, Buck, Pam, Betty, Jack, Tami and Rich; friends and family at High Street Church of the Nazarene and the Yellow Cottage staff and nurses; and numerous cousins and loved ones. She is preceded in death by her father, Clifford J. Gansheimer. Chris was a member for 20 years at the High Street Church of the Nazarene. Chris found her passion in life nearly 5 years ago when she started to work as a Unit Counselor at the Mueller Center. She was a wonderful person who loved her career and deeply touched many lives. Memorial service will be held on Sunday, June 5, 2011 at 6:30 p.m. at the High Street Church of the Nazarene, 1625 E. High St. In lieu of flowers, memorial contributions may be made in memory of Chris to the Work and Witness Missions through High Street Church of Nazarene. Condolences may be expressed to her family at www.jacksonlytle.com.

FLEMING, Dale E., 71, of Springfield, went Home to be with his Lord at 7:30 AM Wednesday, May 12, 2021, in Richmond, VA. He was born May 15, 1949, in Springfield, Ohio, the son of Dale and Myra (McGinnis) Fleming. Mr. Fleming was a 1967 graduate of Springfield South High School and had lifelong friendships from high school days. He was a veteran of the United States Navy serving proudly from 1967-1971 on the USS Bryce Canyon. He worked at Cooper Industries from 1974 to 1999. Dale had an easygoing personality and had a great sense of humor. He showed kindness to others who needed help, loved his family, and enjoyed watching the golf channel. Survivors include his two children, Marsha (Michael) Rumpke, Port Orchard, Washington, and Amy (Beau) Hoyt, Mechanicsville, Virginia; grandchildren, Jacob Rumpke, Zackary Rumpke, Gabriele Rumpke, Madelyn Hoyt, and Mason Hoyt; great grandson, Oliver Rumpke; two sisters, Brenda (Duane) Johnson, Ankeny, Iowa, and Rebecca (Alan) Call, Oracle, Arizona, and numerous nieces and nephews. His parents preceded him in death. Friends may call on Tuesday, May 18, 2021 from 11AM – 12PM where funeral services will be held at 12PM at Richards, Raff, & Dunbar Memorial Home 838 E. High St. Springfield, Ohio 45505. Interment to follow at Glen Haven Memorial Gardens with Navy Honors. Online condolences may be left at www.richardsraffanddunbar.com

From the class of '87 to the family of DC. He was such a wonderful person and we are going to truly miss him.

McGINNIS, Douglas D. 63, lifelong resident of Springfield, Ohio, went Home to be with his Lord on March 10, 2015, at Springfield Regional Medical Center. He was born, March 24, 1951, the only child of James E. and Marianna (Morris) McGinnis. Doug attended Grace Bible Church. He is a 1969 Graduate of Springfield South High School and Springfield Clark JVS. He is retired from Navistar. Survivors include his loving wife of 38 years, Alice (Zelaski) McGinnis; four children; Lorrie Anne McGinnis, of Springfield, Molly Jo McGinnis-Thatcher (Edward), of Waynesville, Aaron Douglas McGinnis of Columbus, and Ryan Patrick McGinnis of Greensboro, NC; nine grandchildren, Reganne Cathleen McGinnis, whom he and Alice raised, Anna, Megan, Clayton, Kaelyn, Miach, Rylee, Ryder & Pete. Doug will be remembered for his beaming smile, love of Christian music, family, and the Lord. He enjoyed reading, fishing, spending time with his family and dog, Sadie Sue. Mr. McGinnis' family would like to express their sincere appreciation to Springfield Regional Hospital and Hospice for all of their loving care and support. Special thank to you to Dr. Michael McKee, Dr. Dennis Sullivan, Dr. Kevin Ahern and nursing staff.

BAYLESS, Linda Sue 39, of Springfield passed away Thursday afternoon, December 2, 2010 in the Miami Valley Hospital. She was born February 22, 1971 in Springfield, the daughter of Tim and Beverly (Bowermaster) Griffith. Linda was a Group Supervisor at Sheehan Brothers Vending for many years. She was a Girl Scout Troop leader and was very involved with the pee wee and junior varsity cheerleading squad at Northwestern Elementary and Middle School. Linda was a very devoted mother, loving wife, nana and will be sadly missed by everyone who knew and loved her. Survivors include her husband of six years together, Greg S. Bayless; her parents; four daughters, Kaila Arantz, Raven Althouse, Jaelin Althouse and Jennifer Bayless all of Springfield; two sons, Robert Arantz and Scott Bayless both of Springfield; three brothers, Timothy, Shane and Ronald Griffith all of Springfiled; two grandchildren, Brayden Hall and Damien Pennywitt and numerous nieces, nephews and special friends. A gathering of family and friends will be held on Monday, December 6, 2010 from 4-8 p.m. in the Possum Road Church of God, 1601 West Possum Road, Springfield. Funeral services will be held on Tuesday at 11 a.m. in the church with Pastor Vern Plyler officiating. Burial will follow in the Ferncliff Cemetery. The family is being served by the LITTLETON & RUE FUNERAL HOME. You may express condolences to the family at www.littletonandrue.com CAUSE OF DEATH Brain Aneurysm

MICHAEL, Lisa A. 39, of Springfield, died unexpectedly at 7:30 p.m. June 28, 2010 in Springfield. She was born November 10, 1970 in Springfield, OH to Terry L. and Beverly A. (Mahoney) Wilson. Lisa was a member of the Exchange Club of Springfield. Survivors include her husband, Vince A. Michael; two children; Vinny and Sammy Michael, at home; mother and step-father, Beverly and Larry Sewell; sister, Stacey (Ethan) Thomas; numerous nieces and nephews including Jeremy and Jacob Zettel; mother in law, Rosemary Michael; and father in law, Jeff (Luanne) Michael. She was preceded in death by her daughter, Miranda Michael and father, Terry Wilson. Funeral services will by held at 1:30 p.m. Friday in the CONROY FUNERAL HOME with Fr. Ed Gearhart officiating. Visitation will begin at 12:00 p.m. Burial will be in Rose Hill Burial Park. Memorial donations may be made to the Clark County Humane Society. Condolences at www.conroyfh.com

MASSIE-HOPPING, Toni, 42 of Ocala, FL went to be with the Lord on July 13, 2013 at 12:05 PM. She was born May 30, 1971 in Springfield, Ohio to Mary (Daniel, Sr.) Bryan and Charles Massie. She graduated from South High School, Class of 1988. She was preceded in death by two of her sons; Randy and Michael, her biological father, Charles Massie & her grandfather, Robert Coon, Sr. She is survived by her mother and father, Mary & Daniel Bryan, Sr., four sons Brandon Bryan (Catherine Clark), Bobby (Olivia) Massie, Tylor Stevens and Alijah Massie-Ruhe, one daughter Britani Stevens, three grandchildren Brandon Bryan, Jr., Adleigh Bryan and soon to be Ryleigh Stevens, her grandmother Patricia Coon, four brothers Daniel (Irene) Bryan, Jr., Thomas (Sue) Bryan, Raymond Massie and Johnny Bryan, two sisters Tami (J.R.) Bryan-Coe and Helena Massie- Robson, several nieces, nephews, aunts, uncles and cousins. A gathering of family and friends will be held at a later date. Special thanks to Hospice of Marion County, Ocala, FL

Published in Springfield News-Sun on July 16, 2013

he got killed in a car wreck

DUDLEY, William Christopher 41, of Springfield died at 6:45 PM. Wednesday, August 15, 2012 in Springfield Regional Medical Center following a lengthy illness. He was born November 9, 1970 to Peggy (Griffith) Dudley and Robert L. Dudley. William was a 1989 graduate of Springfield South High School and had served his country in the Navy for four years. He was a veteran of the Persian Gulf War. His love of motorcycles recently led him to restore his father's 1967 Harley Davidson. He enjoyed hanging out in the garage with sons Caulin Cosby and Conner Dudley. In addition to being survived by his sons, he leaves behind to cherish his memory, his mother, Peggy; his sister Kristin Dudley and her boyfriend Victor Baker; Kristin's children Brianna and Trevon; Victor's son Jerin; aunts and uncles Toni and Bill Zanish, Kathy Massie, Ruthann Amburgy, Penny and Wayne McConnell of Elgin, Texas, Patty and Joe Athy; uncle and aunt Rick and Nancy Griffith of Bradenton, Florida; numerous other aunts, uncles and cousins; his former wife Christol Cosby; special friend Lisa Kawailima and her parents; and the brother he never had, David Lippencott. He was preceded in death by his father, Robert; grandparents Wayne Griffith, Roy and Doris McCormick, and Charles Newman; uncle Phil Griffith; and aunt Billie Jo Brooks. Visitation will be Sunday from 4-7 PM. in the RICHARDS, RAFF & DUNBAR MEMORIAL HOME. The service to honor William's life will be Monday at 11:00 AM. in the Memorial Home, with Rev. Orbie Estep officiating. Expressions of sympathy may be made at www.richardsraffanddunbar.com 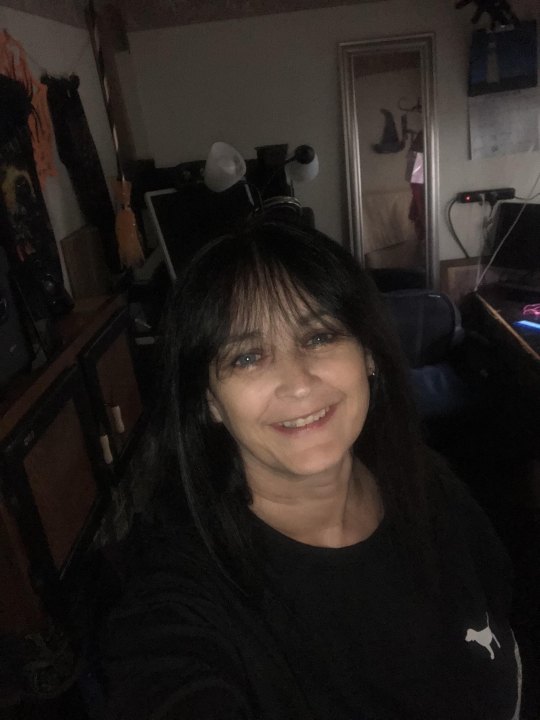 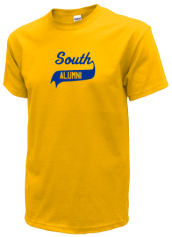 Read and submit stories about our classmates from South High School, post achievements and news about our alumni, and post photos of our fellow Wildcats.