Have you lost your Simon Kenton High School class ring? Have you found someone's class ring? Visit our Pioneers lost class ring page to search for your class ring or post information about a found ring.

Devin Larkins
Class of 2003
Marine Corps, 2 Years
i went a lil crazy so i am finishing my contract at my home in the inactive reserves.
Report a Problem

Ernest Prince (Mike)
Class of 1968
Air Force, 20+ Years
I enlisted in the AIr Force in 1969 and retired 23 years later in 1992. I retired as a Senor Master Sergeant from Barksdale AFB in Louisiana.
Report a Problem

HARRIEWT SUE WILSON PRICE
Class of 1969
Army, 3 Years
I GRADUATED FROM SIMON KENTON HIGH SCHOOL IN MAY OF 1969 MY BROTHER JOHN JUNIOR SEXTON WAS SERVING IN VIETNAM 4TH DIVISION ENGINEERING BRIGADE HE DIED IN VIETNAM NOVEMBER 24 1969 PLEASE KEEP IN IN YOUR PRAYERS THANK YOU HARRIET SUE WILSON PRICE
Report a Problem

Mike Mitchell
Class of 1969
Air Force, 4 Years
Served in Thailand and South Korea. Enjoyed the experience but didn't want to make it a career.
Report a Problem

Roger Kindoll
Class of 1971
Army, 20+ Years
Served in the US Army for over 20 years with 7 years in Germany, Served as a Recon Scout, Bradley Master Gunner, Equal Opportunity Advisor Retired from 3rd ACR in Ft. Carson, CO
Report a Problem

Stanley E Parker, Sr.
Class of 1960
Air Force, 4 Years
I enlisted in 1963 and became a SAC Titan II Missile Combat Crew member. (Crew of 4)at Vandenberg AFB California. After we became a Sr. Crew, I would don a special suit and electrically shut down the missile site after a test launch.
Report a Problem

Timothy Mills
Class of 1966
Navy, 4 Years
I enlisted in 1965 and served until July 1969. Separated as an E4 but passed the test for E5 did not want to reenlist .
Report a Problem 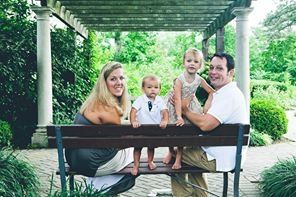 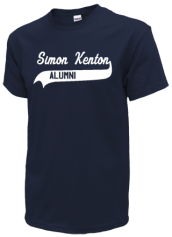 Read and submit stories about our classmates from Simon Kenton High School, post achievements and news about our alumni, and post photos of our fellow Pioneers.

View More or Post
In Memory Of
Our Simon Kenton High School military alumni are some of the most outstanding people we know and this page recognizes them and everything they have done! Not everyone gets to come home for the holidays and we want our Simon Kenton High School Military to know that they are loved and appreciated. All of us in Independence are proud of our military alumni and want to thank them for risking their lives to protect our country!