Have you lost your Shawnee High School class ring? Have you found someone's class ring? Visit our Braves lost class ring page to search for your class ring or post information about a found ring.

I wish i had a pic of Dale "chucking" the discuss @ SHS. I miss my brother.

Springfield News-Sun ( OH ) - November 28, 2007
Deceased Name: David TABORN
TABORN, David J. 47, of Springfield, passed away on Sunday, November 25, 2007 in the Community Hospital after a brief illness.
He was born on May 28, 1960 in Springfield the son of George Frederick Taborn and Barbara (Gamp) Harkins.
He worked at the Cascade Corporation for several years.
David loved to fish, go camping, and water ski.
He is survived by his wife of twenty-seven years, Debra (Davis) Taborn of Springfield; his father and step-mother, George and Barbara (Kearney) Taborn of Springfield, mother and step-father, Barbara and Jack Harkins of Springfield,
two daughters and a son-in-law, Amber (Taborn) and Kyle Wicks and Tawny Taborn, all of Springfield; two sisters and brothers-in-law, Angela and Dwight Bailey of Xenia, and Barbara Ann and Jeff Smith of Bellefontaine, and several aunts, uncles, nieces, nephews, cousins, and many special friends.
He was preceded in death by his grandparents: George and Gertrude (Dunham) Gamp Sr. and Joe and Anna (Kramer) Taborn, and his uncle, George Gamp Jr.
A memorial service will be held on Monday, December 3, 2007 at 1:00 pm
in the Glen Haven Memorial Garden Chapel. In lieu of flowers memorial contributions may be made to the family.
The family is being served by the LITTLETON & RUE FUNERAL HOME.
You may express condolences to the family at www.littletonandrue.com

PETERMAN, Donald E. 66, of Woodstock, GA, formerly of Springfield, died Saturday, January 01, 2011 in his residence. He was born August 24, 1944 in Springfield, OH to John A. and Juanita L. (Howard) Peterman. Don retired as a technical support manager with IBM after 30 years of service were he started the Network Support Center in 1985, was awarded the Directors Award February 1986, and the Vice President's Excellence Award February 1989. He was a U.S. Marine Corps Veteran. Survivors include his wife, Mary Kathleen "Kathy" (Conroy) Peterman; three children, Don Peterman Jr., Tommy (DeAnn) Peterman and Krissy Peterman (fiance, John Gray); stepson Doug Stevens (Skip Houck); grandchildren, Victoria Peterman, Caylin Peterman; three brothers and spouses, Dennis (Nonie) Peterman of Moxville NC, Jerry (Pam) Peterman and Harry (Jan) Peterman of Springfield, OH; a sister-in-law Penny Peterman; and numerous nieces and nephews. He was preceded in death by a brother, Lester. A Memorial Service will be held at 2:00 p.m. Tuesday in the CONROY FUNERAL HOME. The family will receive friends one hour prior Memorial donations may be made to the American Heart Association - See more at: http://www.legacy.com/obituaries/springfield/obituary.aspx?n=donald-e-peterman&pid=147521490#sthash.gEEEeNIo.dpuf

SHERWOOD, Everett "Buster" E. 48, of Springfield passed away unexpectedly
Friday evening, May 1, 2009 in the Springfield Regional Medical Center-Fountain Campus.
He was born January 16, 1961 in Springfield, Ohio, the son of Everett F. and Norma J. (Boring) Sherwood.
He was a 1979 graduate of Shawnee High School.
Everett was a veteran of the United States Air Force and served our country proudly during Desert Storm.
He was a member of the Old Timers Club in Xenia, the Miami Valley Steam Thrashers in Plain City and also the Mad River Steam Show. He was employed by Wal-Marts Auto Service Center for 14 years.
Buster will be sadly missed by everyone who knew and loved him.
Survivors include his beloved mother, Norma J. Sherwood and numerous aunts, uncles and cousins.
He was preceded in death by his father in February of 2008 and his grandparents.
A gathering of family and friends will be held on Tuesday, May 5, 2009 from 5-8 p.m. in the LITTLETON & RUE FUNERAL HOME.
The Old Timers Club will hold a service for Everett at 7:30 p.m. Tuesday.
Funeral services will be held on Wednesday at 10 a.m. in the funeral home with Reverend Arby Conn officiating.
Burial will follow in the Rose Hill Burial Park with military honors.
You may express condolences to the family at www.littletonandrue.com
Published in the Springfield News-Sun from 5/3/2009 - 5/4/2009

PETERMAN, Jerry R. 66, of Springfield, went to be with the Lord on Sunday, April 1, 2012 in his residence. He was born October 4, 1945 in Springfield, OH to John and Juanita (Howard) Peterman. Jerry retired as a R.N. and C.R.N.I. from Upper Valley Medical Center. He was a member of Fellowship Christian Church and was a U.S. Air Force Veteran of the Viet Nam War. Survivors include his wife of 40 years, Pamela K. (Bright); a son, Scott (Missy) O'Bryan, Kokomo, IN and a daughter, Melissa (Ivan) Dishon, Springfield; four grandchildren, Kameron, Nina, Topanga and Ivan, Jr.; two brothers, Dennis (Nonie) Peterman, Mocksville, N.C. and his twin, Harry (Janis) Peterman, Springfield; two sisters in law, Penny Peterman and Kathy Peterman; an aunt, Jean Helton; and numerous nieces and nephews. He was preceded in death by a sister, Bonnie, and two brothers, Lester and Don Peterman. A celebration of Jerry's life will be held at 11:00 a.m. Wednesday in Fellowship Christian Church. The family will receive friends and family one-hour prior, beginning at 10:00 a.m. Memorial donations may be made to Fellowship Christian Church or Community Mercy Hospice. Arrangements are being handled by the CONROY FUNERAL HOME

Deceased Name: Larry SOUTHWARD
SOUTHWARD, Larry E. 47, of Springfield, went to be with his Lord and Savior on Monday, November 3, 2008 in his residence. His life on earth ended after a two year courageous battle with carcinoid cancer. Larry was born on May 30, 1961 in Springfield, the son of Glenn and Patricia (Garner) Southward. He graduated from Shawnee High School class of 1979 and received his Associates of Business from Clark State Community College. He owned Gloria Jeans Coffee Bean (located at the Upper Valley Mall) from 1986-1998, and later worked at Reiter Dairy and then Honda for the last eleven years.
Larry is survived by his mother Patricia of Springfield, wife of fourteen years, Andra (Grove) Southward, children, Luke and Amber Southward, brothers and sisters-in-law: Roger and Karen Southward of Pickerington, and Wayne and Deb Southward of Springfield; five nieces and nephews: Matthew, Emma, and Glen Southward, and Elizabeth and Erik Zacharias.
He was preceded in death by his father and daughter, Ellen.
A gathering of family and friends will be held from 2-4 and 6-8 p.m. at the First Christian Church, 3638 Middle Urbana Rd., Springfield, Ohio. A celebration of his life will be held on Friday, at 10:30 a.m. in the church with Pastor Craig Grammer officiating. Private graveside services will be held at the convenience of the family. Memorial contributions may be made to The James Cancer Research Center, Account #310389, 300 W. Tenth Ave., Columbus, OH 43210. The family is being served by the LITTLETON & RUE FUNERAL HOME & CREMATORY. You may express condolences to the family at www.littletonandrue.com

Mark died in Las Vegas NV suddenly of sepsis caused by intestinal obstruction. Survived by wife of 17 years, Julie, sisters - Joyce Lawson of San Antonio TX and Saundra Espich of Vandalia OH and his pet cockatiel Goobie. We miss him sooooo much!
12 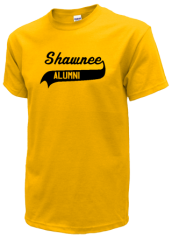 Read and submit stories about our classmates from Shawnee High School, post achievements and news about our alumni, and post photos of our fellow Braves.