To friends of Chris Ridge, sadly he passed away in June, 2008. Chris was living in Eugene, Or. at the time. He is survived by his mother and sister who live in Fresno/Clovis. Chris was a funny, caring, and loving friend. He will be greatly missed.

This is Chris' sister Cara. He past away on June 9, 2008 unexpectedly. Funeral Services will be June 18 at 11A at The Cross Church on Palm and Gettysburg. All is welcomed.

David passed away innthe beginning og 2008. he was a great friend to have ,unfortunately i hadn`t spoken to him in a couple of years! you will be truly missed !

Officer Dockweiler, was killed in the line of duty on a routine traffic stop. It has been several years since his passing. As a brother in blue, and a personal friend I thought he should be remembered. i saw that his profile is stil up in the Alumni search. So, if you have attempted to contact him, and he has not responded thats the reason why.

One year ago on Oct 30th, Patrick Leo Alverson, Jr. passed away peacefully in Fresno, CA at the age of 78 after a brief, unexpected illness. Thereafter, there were ongoing issues that needed to be resolved so time got away from us and unfortunately, his obituary was never published. This being Pat’s one year anniversary, it seems appropriate to finally post it.
.............
Patrick was born on November 22, 1939 as the only child to Leo and Lois Alverson. He grew up in Fresno, CA and attended Roosevelt High (class of 1957). There he met and married fellow Rough Rider, Paula Jordan. He also attended Fresno City College & is a US Navy veteran who served on the USS Ranger.
After the Navy, he returned to Fresno and established Pat’s Blue Ribbon Sandwich Shoppe. People were drawn to his outgoing & friendly personality which made him a natural for working in sales at various specialty businesses & auto dealerships.
In 1988, he married Pamela Boyden & they enjoyed celebrating their anniversary every New Year’s Eve. They spent many years living on his family’s property in Ahwahnee, CA next to the Sierra Meadows Country Club where he was a proud & active member. When not on the green, he also enjoyed cars, sports, reading history novels, and spending time with his family, dogs, and cats.
Patrick was survived by his loving wife Pamela; daughter Tricia Schaller (Adam) of Palm Desert, CA; daughter Kelli Alverson of Portland, OR; daughter Katrina Holtz (Dan) of Colchester, VT; step-son Russell Allison of Fresno, CA; step-son Eric Allison (Julie) of Spokane, WA; grandchildren Nik Robbins, Alan Knepper, Hope Perez, Austin Simeck, McCartney & Wilder Holtz, and Rachelle Allison, along with many extended family.
Patrick always enjoyed a good time & a good cocktail so for all of you who knew and loved him, please lift a glass in remembrance of him today. May his sarcasm & wit forever remain alive in our hearts and memories.

Dick passed away in Torrace, CA on May 9. He suffered through six strokes, butm according to his wife Claudia, he was able to keep his upbeat manner through it all.

Tammy was a great friend and sister to many.. She died unexpectantly Dec. 2005 of pnemonia. Her family and friends were shocked by her sudden death and she is missed daily buy many.. I miss you Tam.... 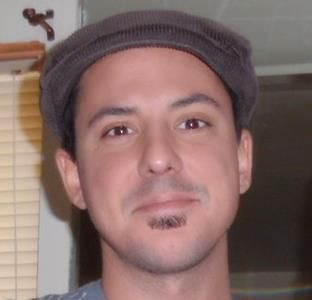 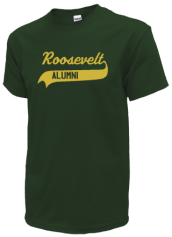