Have you lost your Rock Springs High School class ring? Have you found someone's class ring? Visit our Tigers lost class ring page to search for your class ring or post information about a found ring.

Brian Osborn
Class of 1976
Air Force, 20+ Years
I joined the USAF in 1978, trained and qualified as a fighter aircraft crew chief on F15 jets. I was first stationed in New Mexico (Holloman AFB) for 4 years, then separated from AF and moved back to Rock Springs. I drove the snow plow at the airport for about a year, and did some vehicle maintenance.

I re-entered the AF again in 1983, again stationed in New Mexico. After two years there I was assigned to NAS Keflavik, Iceland. I was there when Presidents Reagan and Gorbachov held their "lets be pals" summit meeting.

From Iceland I was reassigned to RAF Bentwaters/Woodbridge in the United Kingdom (England). I worked on A10 warthog aircraft there. After 3 years in England I was reassigned stateside to Tyndall AFB, Florida. I spent nearly 10 years then and retired from the Air Force in 1999.

I moved back west, to Tucson AZ, and worked at Lear Jet as a jet mechanic for three years. After the 9/11 attack times got hard in the business aircraft industry, I was laid off but luckily found the job I hold now as a project manager for Department of the Air Force at Davis-Monthan AFB in Tucson. I work at what is known as "The Bone Yard" where deactivated military aircraft are stored.

While on active duty I continued my secondary education, received an associate degree in aircraft maintenance technology. After I separted from the Air Force I completed a bachelor degree in information technology and a master's degree in business administration. Now I'm just a stressed out, burned up, fat old fart.

On days off I like to drive my jeep up into the Arizona mountains, go 4 wheeling, hike. I wish I could say fishing, but not a lot of water here.

I hope to hear from other RSHS alumi.

Mary (Lee) Johnson
Class of 1976
Air Force, 15 Years
I enlisted in the AF after college in 1980. I served as a linguist at Fort Meade, MD before being accepted to Officer Training School. I received my commission as a 2 Lt in April of 1984 and continued to work in the military intelligence field. I was stationed Fort Meade, Osan AB, South, Korea; LIndsey AS, Germany; Nellis AFB, Nev; Monterey, CA; and Shaw AFB, SC. I also spent 2 deployments in Saudi Arabia during the Gulf War (1990/91). My finaly deployment was to Zagreb, Croatia to support NATO after the Dayton Peace Accords were signed ending the hostilities in the former Yugoslavia. During my second assignment to Monterey, CA I received my master's degree and met my husband who is career Navy. We have continued to move with the Navy to Washington state; Guam; Seoul, Korea; Louisiana; Yokosuka, Japan; Omaha, Nebraska and currently reside in Singapore. I returned to school in 2006 for my teacher certification in secondary (7 -12) foreign language.
Report a Problem

Steve Krafcheck
Class of 1985
Navy, 4 Years
Aviation hydraulics mechanic for the F-14, F-4, A-4, and CH-53. I was stationed at Naval Air Station Dallas in Grand Prairie, Texas.
Report a Problem 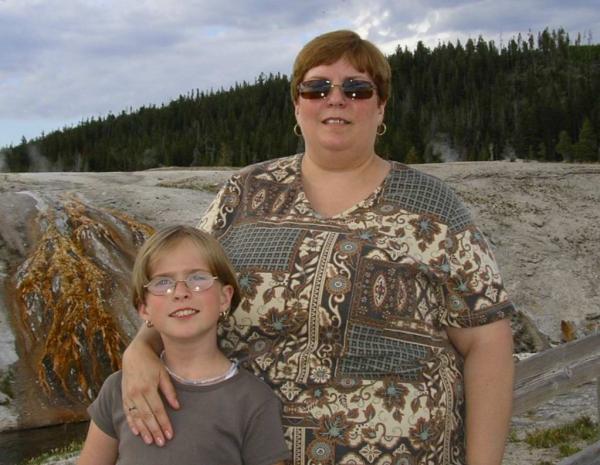 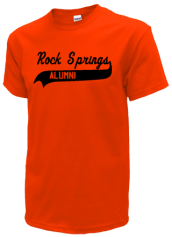 Read and submit stories about our classmates from Rock Springs High School, post achievements and news about our alumni, and post photos of our fellow Tigers.