Have you lost your River Valley High School class ring? Have you found someone's class ring? Visit our Vikings lost class ring page to search for your class ring or post information about a found ring.

Bill Nance
Class of 1988
Army, 3 Years
I proudly served from August 1988 to August 1991, spending 5 months in Iraq/Saudi/Kuwait during the 1st Gulf War. My state-side service consisted of 2-1/2 years at Ft. Riley Kansas.
Report a Problem

brent lane
Class of 1992
Navy, 3 Years
he served in the navy from 92 to 95 and got out i on a medical discharge. he fell 37 feet and hurt his back
Report a Problem

Christopher Prater
Class of 1988
Air Force, 20+ Years
Served 20 years in the Air Force in Civil Engineering. My assignments include Okinawa, North Dakota, Guam, Washington, Utah, and Spain with deployments to Saudi Arabia, Afghanistan, and Kyrgyzstan and a multitude of TDYs all over the world. Retired in Jaunuary 2010
Report a Problem

Gregory L. Betz
Class of 1966
Air Force, 3 Years
Worked as a one and two engine jet mechanic. Served 10 months in Viet Nam and was discharged immediately upon coming back to the United States.
Report a Problem

Jay Van Voorhis
Class of 2002
Army, 7 Years
Jay spent Basic Training and AIT at Ft. Leonardwood, Missouri. His training was nuclear,
chemical and biological warfare. After graduation and for his second specialized training, Jay was fortunate enough to spend the next 3 years in Hawaii. Jay was then deployed to Iraq where he spent 15 months. Upon returning, was stationed stateside. Jay will leave for his second deployment in the Spring of 2010.

Scott Murphy
Class of 1997
Army, 10 Years
Served in the Army from 1997-2007.Was discharged for Medical reasons.While in the Army he was awarded the Purple Heart, 3 Army Commendation medals one with a Valor Device,a Good Conduct Medal, and Proudly served 2 tour in Iraq.
Report a Problem

Stephen W Smith
Class of 1965
Navy, 20+ Years
Joined USN Reserves while in high school. Prior to going on active duty started college at University of South Florida. Shortly before graduating with a BS in EE applied for and was accepted into Naval Flight Officer program. Earned a commission and Wings of Gold in 1970. Operated electronic warfare system in EA-6Bs out of NAS Whidbey Island WA for 6 years. Transferred to Naval Post Graduate School where I earned a Masters Degree in Systems Technology (EW). Stationed in San Diego, Japan, the Pentagon, Naval Air Systems Command, then as Operations Officer on Admiral's Staff at NAS Whidbey Island, WA where I retired in JAN 1993 with rank of Commander (05). Had a total of 38 years 2 months of military service. What a time!
Report a Problem

Thomas Jesson
Class of 1971
Air Force, 20 Years
Signed up for the Air Force in December 1971, due to having a low draft number and no desire to be drafted. For the first three years was an outside lineman in the communications field. Then crosstrained into the graphic arts (illustrator) field. Stayed with it for the rest of my career. Started out at Wright-Patterson AFB, then South Korea, South Dakota, Hawaii, Oklahoma, Turkey, Virginia, then back to Ohio. Retired as a Master Sergeant with a little over 20 years of service. Regret not staying in longer, and making Senior or Chief. High point in my career was Hawaii, and low point was Turkey.
Report a Problem 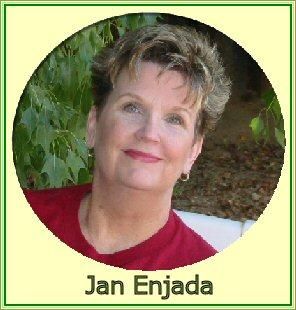 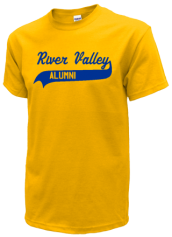 Read and submit stories about our classmates from River Valley High School, post achievements and news about our alumni, and post photos of our fellow Vikings.

We are sure the third annual alumni basketball game will be fun to watch. The game starts at 6 o'clock on Friday, Novemb...
Read More »

View More or Post
In Memory Of
Our River Valley High School military alumni are some of the most outstanding people we know and this page recognizes them and everything they have done! Not everyone gets to come home for the holidays and we want our River Valley High School Military to know that they are loved and appreciated. All of us in Caledonia are proud of our military alumni and want to thank them for risking their lives to protect our country!