Have you lost your Rice Lake High School class ring? Have you found someone's class ring? Visit our Warriors lost class ring page to search for your class ring or post information about a found ring.

Abbie Aclin
Class of 2001
Navy, 7 Years
Abbie works on the flight deck directing aircraft of all sorts.
Report a Problem

Chad Owen
Class of 1991
Air Force, 9 Years
Medical Logistics. Supported and deployed to various operations to include Rwhanda, Mali, Armenia, Khobar Towers (Saudi Arabia) and Rota, Spain (Alternate Space Shuttle landing strip). My first assignment was to RAF Little Rissington, which was the worlds largest contingency hospital of 1500 beds. Next I transferred to Ramstein AB, Germany where the majority of these support operations and deployments originated. FInally, I transferred to Peterson AFB and last, but not least the AIr Force Academy where I separated as a Staff Sergeant (E-5).
Report a Problem

Ed Clemons
Class of 1981
National Guard, 20+ Years
I was based out of the Minneapolis Air Natiional Guard Unit. Duties included Counter Drug Intelligence, Border Patrol and Civil Engineering in many parts of the world.
Report a Problem

Gene Whetsel
Class of 1984
Navy, 20+ Years
Served on USS Capodanno out of New Port RI., USS Brewton and USS Leftwich out of Pearl Harbor HI as well as various shore duty assignments. The world is a beautiful place.
Report a Problem

Gordon Reichert
Class of 1963
Army, 3 Years
Gordie served proudly in VietNam and received various medals of valor. Twice wounded and returning to fight, he has a Purple Heart and other various medals that tell of his bravery. Gordie passed away in 2012 and this world lost a heroic Rice Lake High School alumni..
Report a Problem

Jared D Barlow
Class of 2006
Army, 10 Years
Infantry 11B. Deployed to Iraq. After, went to various bases around the states training soldiers for future deployments.
Report a Problem

Leslie R Town
Class of 1967
Army, 20+ Years
Went in the army in 1968, toured Viet Nam as well as Germany, got out in 1972, had a 14 year break and joined the Iowa Air National Guard, trained as a fuels journeyman for 16 years, then transfered to the Arkansas Air National Guard for the remaining2 years, retired a Master Sargent in 2004
Report a Problem

Lynn Waterhouse
Class of 1957
Air Force, 20+ Years
Joined the Air Force in 1959, served 3 1 yr tours in Alaska, 6 yrs as Air Force Recruiter in Texarkana, Arkansas, 2 yrs on Guam, officiated Basketball and Football at high school and college level for 8 yrs, retired as master sgt. after 22 yrs at the Air Force Academy. Carried Mail for 25 yrs with USPS before retiring in Colorado Springs.
Report a Problem

Richard Kessinger
Class of 1974
Army, 18 Years
Joined the military in October of 75, was trained at Ft. Jackson SC., then at Fort Polk La., Firstr duty assignment was at Fort Knox, Ky. After 2 years there reinlisted and was transfered to Baumholder Gy. for 3 years, the came back to the states and was stationed at Ft. Hood Tx. for 2 yrs. Then sent back to Germany stationed in Gooperigan Germany. very small air defense base. I got out of the service in 1985 and went straight into the reserves (IRR) did different duties during the following years, spent 6 months in Iceland training with a specialized unit while there. After that did not do much until I volunteered to serve in Desert Storm in 91. I did my time over their and when returned home got out. I do haave regrets getting out so earily before acheiving retirement status. I did make it to the pay grade of Sergeant First Class (E-7) when I got out. ALWAYS KEEP OUR SERVICEMEN AND WOMEN IN YOUR PRAYERS, THEY ARE THE ONES PROTECTING US KNOW.
Report a Problem

Ron Hellstern
Class of 1975
National Guard, 20+ Years
Enlisted in Air Force in May of 1975. Served 2 years active duty then transferred to Minnesota Air National Guard for 8 years. Reached rank of E-6. Moved to California and went through Officer Candidate School. Received my Commission in August of 1988. Retired in May of 1999 as a Captain in the Army National Guard. Served 10 years non-commissioned and 10 years commissioned. Last 5 years as Company Commander of a Mechanized Infantry Company. 2/160 Infantry Battalion, 1st Brigade, 40th Infantry Division
Report a Problem

Sandy James
Class of 2002
Navy, 11 Years
Was active duty for over 8 years, currently finishing up my 2 yr contract with the reserves.
Report a Problem
12 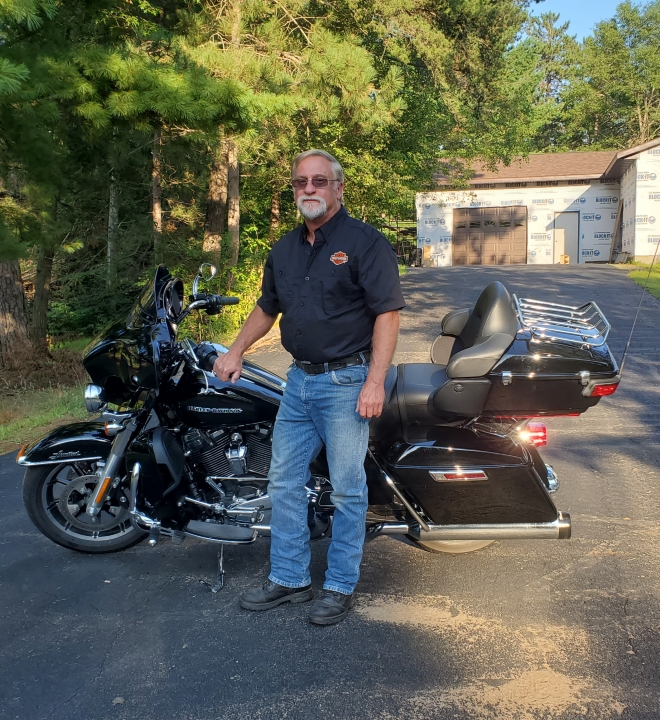 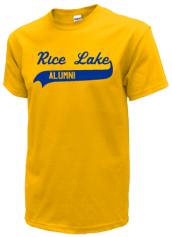 Read and submit stories about our classmates from Rice Lake High School, post achievements and news about our alumni, and post photos of our fellow Warriors.

Burning Bright, Not Rusted Out

Dr. Lynn Reichert graduated from Trinity College in Evansville, Indiana on June 3, 2017 with a PhD in Christian Counseli...
Read More »

View More or Post
In Memory Of
Our Rice Lake High School military alumni are some of the most outstanding people we know and this page recognizes them and everything they have done! Not everyone gets to come home for the holidays and we want our Rice Lake High School Military to know that they are loved and appreciated. All of us in Rice Lake are proud of our military alumni and want to thank them for risking their lives to protect our country!