Have you lost your Raymore Peculiar High School class ring? Have you found someone's class ring? Visit our Panthers lost class ring page to search for your class ring or post information about a found ring.

He served the country for many years and died of esphiogial cancer. He was survivied by his wife and two children. We cannot wait until you wake up in paradise.

David Albert Brown passed away peacefully July 25, 2007, in the loving arms of his Father, Mother and Brother after a brief but courageous battle with cancer. David was born in Kansas City, Mo., on December 12, 1983 to Paul and Nancey Lee Brown. He was a 2002 graduate of Ray- Pec High School. He graduated from the University of Missouri at Kansas City in December 2005 with a of bachelor degree of Business Administration. David was an avid Atlanta Braves fan and his favorite games were the ones he considered a pitching duel. David enjoyed role-playing and strategy games, both online and around a table of friends. His grandfathers, Irvin Brown and George Swenson, preceded David in death. His parents, his brother, Bradley Warriner and his wife Tracy, nephew Adam, grandmothers Theresa Brown and Angela Swenson-Evans, and many other loving family members and friends survive him. The services will be Friday, July 27, at Mt. Moriah & Freeman, at 10501 Holmes. Visitation at 1 p.m., with services following at 2 p.m. Family suggests contributions to Kansas City Hospice & Palliative Care in lieu of flowers. Our thanks go to the caregivers that helped him during this difficult time.

In Memory to My little Brother there is not a day I donâ€™t think about you. I know in my hart your with Mom and Dad. It's been three years now and I still want to pick up the phone and call and here that goof greeting you always had. You where way to young to leave we had so much we wanted to do when we got old. Love You David

Dewayne was a remarkable classmate with a heart of gold and always had a smile on his face. He was playing baseball for Maplewoods Comm. College when his life was taken suddenly by a stranger with a gun. He will always be loved and missed!

No mention as to why. You may read the obit in the KCstar.com obit lisiting printed on July 4th

Just wanted to remember John. He was a good guy who just wanted to make friends and live life with excitement. Unfortunatly, a little too much one night. He was always very nice to my sisters and I and very respectful. Hey to you John. I am glad I walked with you on the night we graduated high school. Hope to walk with you on the streets of gold one day. Kyle

Kerry passed on July 17, 2011 after a long battle with cancer (multiple myeloma).

Just letting her know I'm always thinking of her. She passed away in 1980, way too young

Ronald fought hard to beat the cancer but it wasn't to be. 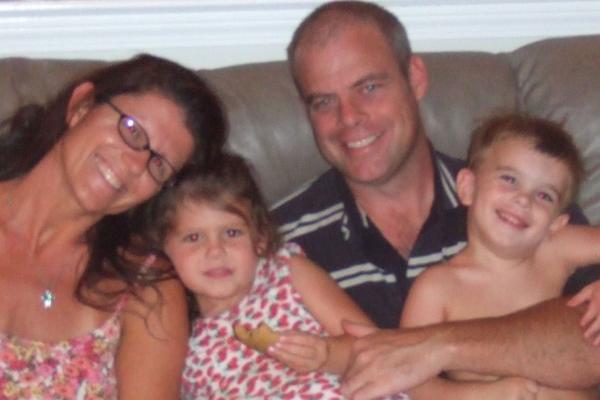 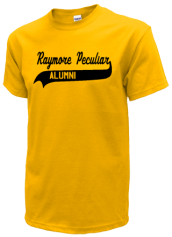 Read and submit stories about our classmates from Raymore Peculiar High School, post achievements and news about our alumni, and post photos of our fellow Panthers.

Tailgating party for Ray-Pec a

The Raymore-Peculiar Foundation is sponsoring a tailgating party for Ray-...
Read More »