Have you lost your Pocatello High School class ring? Have you found someone's class ring? Visit our lost class ring page to search for your class ring or post information about a found ring.

Don had a rare disease called Ehlers Danlos Syndrome.
He had 3 kids. A boy from his first marriage and two girls from his second.
He is buried in Meeker, Colorado and has one surviving sister-Kathy - class of '76.
Communication can be sent to PO box 360, Meeker, CO 81641

Jack passed due to pneumonia. His beloved wife Sharon also passed on February 9,2018.

Jeremy passed away a year ago next month. I still find it hard to believe that he is not out there somewhere fishing. I miss that crooked smile of his.

I pray the Lord my soul to keep
while fishing out here in the deep.
May You grant my fondest wish
and help me land a giant fish.

My friends say I exaggerate
my fish's width, height, and weight.
So please forgive me if I brag
about the size of those I snag.

If I should die before I wake,
I pray that Heaven has a lake.
I need no halos, things like that,
if you'll just let me wear my (fishing) hat.

Below is a link to Jeremy's obituary and another one to a Guest Books set up for him. Please leave a memory of Jeremy for his family and kids so that they may know what kind of a friend he was and still is...

Kip had lived in Michigan for several years and had just moved back to Idaho in 2007. Although he is noted for his athletic skills, he will be remembered for his kindness and smile.

Died peacefully February 2, 2009, of ALS. She was vibrant, beautiful, and loved life. she tried very hard to always stay in touch with her classmates from Poky and was always searching the internet for them. If you knew her, it would be nice to take a minute and think about her.

Maria Alicia Dille-Holland, 27, of Idaho Falls, died May 12, 2004, at Eastern Idaho Regional Medical Center in Idaho Falls.
She was born Sept. 8, 1976, in Gibson City, Ill., to John Thomas Dille and Joyce Ann Rollind Dille. She spent her early years and was educated in Pocatello and graduated from Pocatello High School. She attended Montana State University.
She married Mathew Duckwitz. They were later divorced. She married Austin Adams Holland on Aug. 9, 2003, in Idaho Falls. She lived in Idaho Falls for the past two years.
She was a member of St. Paul's United Methodist Church in Idaho Falls. Her hobbies included gardening, raising plants and especially reading. She was outgoing and personable and a very loving wife and mother.
Survivors include her husband of Idaho Falls; children, Austin Holland, Am'aurie Duckwitz, Tristan Duckwitz and Christopher Holland, all of Idaho Falls; father and step-mother, John and Florentina Dille of Pocatello; sister, Christina Dille of Newark, N.J.; brother, Aaron Dille of Chicago, Ill.; and grandmother, Alma Day of Gibson City, Ill. She was preceded in death by her mother.
Memorial services will be at 10:30 a.m. Saturday, May 15, at St. Paul's United Methodist Church, corner of St. Clair and 17th Street in Idaho Falls, with Pastor Kim Fields officiating.
In lieu of flowers, the family suggests contributions be made in her memory to St. Paul's United Methodist Church, 1730 St. Clair, Idaho Falls, ID 83404. Arrangements are by Buck-Miller-Hann Funeral Home in Idaho Falls.

Cai passed away peacefully at home (Vernon, BC) with his long time love (Jacquie Clair) by his side.
Cai was predeceased by his father John Noble, mother Bonita Lambson and brother Redge Noble.
Survived by soulmate Jacquie Clair, brother Mic (Rena) Rowberry and Parker Vaughn who was like a son to Cai, as well as many other lifelong family members and friends.
Cai was born in Pocatello, Idaho where he "bucked hay and moved pipe" as a young teenager and had his own band that played locally while he was still attending school.
Cai was a Rock N Roller career musician performing in the USA and Canada for many years. He was a part of the music scene @ Haight - Ashbury San Francisco. One of Cai's familiar quotes was " I'm an old hippie from the 60's)"
Cai joined the Marine Corp in 1968 and was stationed at Camp Pendleton, California.
Cai was thrilled when he bought his tryke in 2006 embracing the freedom of riding with the wind.
He was a strong man with great spirit who was loved, admired and respected by everyone who was lucky enough to meet him. He was a Noble man who strove to live up to his name and that he did.
As were Cai's wishes, a small family gathering will be held to celebrate his life. (Vernon, BC Canada)

She was my best fend and buddy .I really loved the girl .I moved away for a bit and whin I asked .all ya all wer all about it wer over with that. Gess what Heather Packerd it's ben30 years + and I still miss Suzanne like it was yesterday ...I love you Suzanne miss ya RIP. MY BAD GIRL . Danny clouse 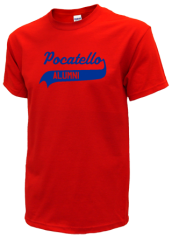