Have you lost your Piqua High School class ring? Have you found someone's class ring? Visit our Indians lost class ring page to search for your class ring or post information about a found ring.

Anthony McKenzie
Class of 1974
Marine Corps, 20+ Years
Was a Marine for 29 years. Last duty station at US Marine Forces Atlantic as the command Intelligence Chief. Served in Africa, Asia, Europe, Virginia and California. Live presently in Belgium working for US Govt.
Report a Problem

Benson D Jackson
Class of 1950
Army, 20+ Years
Retired LTC. Served numerous tours in the US, also in Italy, Germany and twice in Vietnam
Report a Problem

Charles (Butch) Brown
Class of 1963
Navy, 20+ Years
Served 7 years active in the Navy was as second class Petty Officer upon leaving active duty. Went to MM school, nuclear power school and O2N2 school. Served aboard the hospital ship Repose AH 17 and USS Kearsage CVS 33. Spent 22 months in Viet Nam. Served another 6 years in the navy reserves. Then I joined the Army Reserves as a Psy ops soldier for 3 years and then transferred to the Army National Guard as an military policeman and then an infantryman for the rest of my career.
Report a Problem

Claudia (Cook) Kyle
Class of 1972
Navy, 20+ Years
After 3.9 years in the USAF, I got smart and joined the Navy. Spent two tours overseas (Italy/ Japan), served on three ships, and did a stint as a Recruit Trainer.
It was the best time of my life. And I am now drawing a paycheck each month, just to breathe. Thank you.

Dave Jacoby
Class of 1969
Marine Corps, 2 Years
Vietnam Veteran. Hate to admit it. Treated us like crap when we came back. Oh well!!
Report a Problem

David Burnside
Class of 1981
Air Force, 8 Years
Enjoyed the Air Force, Still keep in contact with my friends from there. Wanted to have roots for my family, seperated honorably in 1989. Been in Piqua ever since.
Report a Problem

James Albert Hiser III
Class of 1965
Air Force, 4 Years
James A. Hiser III, age 63, Del Rio, Texas (formerly of Heiskell, TN) passed away on November 30, 2010, at San Angelo Community Medical Center, San Angelo, Texas, as a result of a heart attack. Jim was born in Piqua, Ohio, and was a graduate of the University of Tennessee. He was a former member of the
U. S. Air Force Combat Control Team and proudly served his country as a Forward Air Controller in Vietnam. He was an avid motocyclist and outdoorsman. Jim was loved by all who knew him. He is preceded in death by his parents, Jim and Ratie Hiser of Piqua, Ohio. He is survived by his devoted wife, Susan Giles Hiser, Del Rio, Texas; brothers Bob Hiser and Ken Hiser, both of Ohio; sister, Elizabeth Hiser Stribling, New Zealand; children Bo Hiser and Lew Ann Hiser McKnight; special friends, Donnie and Lari Mirabile, Del Rio, Texas; George Owens, Andersonville, TN; and Earl Whitefield, Andersonville, TN. A memorial service will be held December 4, 2010, from 9-11am in Del Rio, Texas. The family requests that in lieu of flowers, donations be made to the Special Operations Warrior Foundation, PO Box 13483, Tampa, Florida 33681-3483. Sunset Memorial Oaks Funeral Home, Del Rio, Texas, is in charge of all arrangements.

Jeannette R Wright
Class of 1982
Navy, 20+ Years
Active Duty for eight years, followed by current service in the US Navy Reserves at NAS Jacksonville, FL . I am currently serving as a Chief Petty Officer (E7), operating Maintenance Control with VP62. Over the years, I have been to many places including Iceland, Spain, Columbia, Puerto Rico, England, France, Portugal, Argentina, and more. i learned to become an electrician in the aviation field and then to become an effective leader. It has been a very educational, empowering experience that gave me the tools to succeed in many facets of life. I look forward to the next few years until my retirement serving our great nation with Pride.
Report a Problem

Jeannette R Wright
Class of 1982
Navy, 26 Years
I served a total of 26 years combined service in the US Navy and USNR. I was drawn towards Aviation and became an Aviation Electrician within the P-3 Orion community. Through learning valuable skills, technology and always striving to do my best, I excelled and was ranked at the top of my peers both in my command and Navy wide. Helping to keep our aircraft flying, even in the most difficult situations, was such a great challenge and helped me cement my passion for excellence. I was fortunate to be able to travel extensively to regions in Europe, South and Central America as well as other areas across the globe. Some of my favorite duty stations/ deployment sites were Spain, France, Italy, Iceland, Puerto Rico, England, Argentina, Columbia and more.

I am so very humbled by my service to protect our great Nation, and I would still be serving now if needed. The people from so many walks of life taught me so many things including dedication, honor, courage and commitment over the years. I’ve been so blessed to make and still have many friends I served with over the years in my life. To be able to climb through the ranks and become a Senior Chief Petty Officer, guiding the newest Enlisted and Officers, has been my most favorite role I ever held in my career. I would do it all over again, without any hesitation!!! Anchor up!!!!

John Pohlschneider
Class of 1972
Marine Corps, 5 Years
I was supposed to graduate with the class of 72 but joined the Marines in 71 and was in for 5 years. I was an avionics technician and was stationed @ El Toro, CA, Cherry Point NC, Iwakuni Japan, and ended it at Andrews AFB. Now living in Chicago area and working in IT.
Report a Problem

lucinda(cindy) werts-shulktz
Class of 1973
Navy, 4 Years
Served on board U.S.S. Vulcan(AR-) for 18 months. She was the first Navy co-ed crew. We were overseas during the Iranian hostage crisis 1979/80.
Report a Problem
12 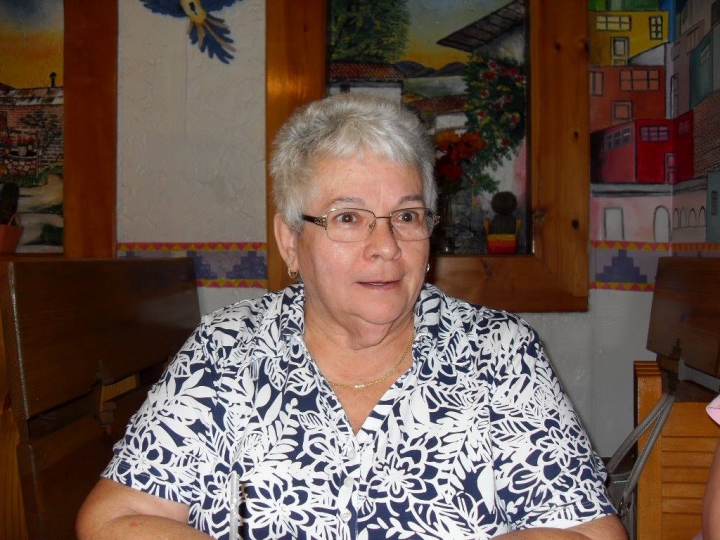 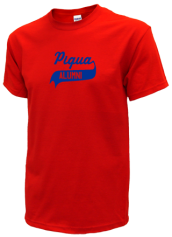 Read and submit stories about our classmates from Piqua High School, post achievements and news about our alumni, and post photos of our fellow Indians.

Glenn H. Honeycutt, former principal to over 15,000 students, has written a book containing a powerful message about hon...
Read More »

View More or Post
In Memory Of
Our Piqua High School military alumni are some of the most outstanding people we know and this page recognizes them and everything they have done! Not everyone gets to come home for the holidays and we want our Piqua High School Military to know that they are loved and appreciated. All of us in Piqua are proud of our military alumni and want to thank them for risking their lives to protect our country!