Have you lost your Ontario High School class ring? Have you found someone's class ring? Visit our Warriors lost class ring page to search for your class ring or post information about a found ring.

Ben Miller
Class of 1998
National Guard, 8 Years
Served 7 years Active Duty Air Force and has now joing the Georgia Air National Gaurd. Ben has been accepted into Undergraduate Pilot Training and will attending school in the coming year. He has served 6 tours over seas and has participated in both Operation Enduring Freedom and Operation Iraqi Freedom.
Report a Problem

carl heuberger
Class of 1972
Navy, 20+ Years
28 years in the navy. Retired and moved to Pueblo Co. Enjoying retirement with Sue my wife of 42 years.
Report a Problem

Chris Ashbaugh
Class of 2005
Army, 3 Years
Has spend 12 months over seas, currently a paratrooper in fort bragg nc working as a enginner squad leader with between 8 and 10 soldiers under him,
Report a Problem

Dave Butler
Class of 1977
Air Force, 25 Years
Spent 7 1/2 years on active duty at Malmstrom AFB MT and Patrick AFB FL with deployments to Panama and Honduras. 17 1/2 years in the ANG at Mansfield with deployments to Germany, Antartica and the sandbox (Iraq, Kuwait, Saudi Arabia). Retired 2006.
Report a Problem 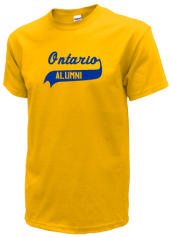 Read and submit stories about our classmates from Ontario High School, post achievements and news about our alumni, and post photos of our fellow Warriors.

View More or Post
In Memory Of
Our Ontario High School military alumni are some of the most outstanding people we know and this page recognizes them and everything they have done! Not everyone gets to come home for the holidays and we want our Ontario High School Military to know that they are loved and appreciated. All of us in Mansfield are proud of our military alumni and want to thank them for risking their lives to protect our country!