Have you lost your Nyack High School class ring? Have you found someone's class ring? Visit our Indians lost class ring page to search for your class ring or post information about a found ring.

Bernardo Rocko (Rocco) Del Giglio
Class of 1948
Army, 2 Years
Was a Cpl and Battalion Radio Repairman with 30th AAA, during Korean War in Pusan until Peace Treaty was signed sometime in Aug of 1953.
Report a Problem

Clint Hesselgrave
Class of 1965
Air Force, 4 Years
Served one tour in Viet Nam. Discharged with the rank of SSgt.
Report a Problem

Harold M Pringle
Class of 1952
Air Force, 14 Years
During my 15 year tour in the military I performed every assignment from a Real Property Cost Estimator, Chief Clerk, First Sergeant, Research and Development Liaison Representative, News Reporter for a Base Newspaper, and lastly, Information Officer for Ground Communications Squadron, for which I was awarded the Air Force Commendation Medal for News Reporting during the Vietnam Conflict.
Report a Problem

Jay Giordano
Class of 1973
Army, 20+ Years
Retired Master Sergeant after 20 years of service in the areas of operations, training, personnel, and recruiting
Report a Problem

John L. Graham
Class of 1971
Marine Corps, 32 Years
Started in the Marines served 12 years active. Finished in the Army, Army Reserves and National Guard. A year in Baghdad, Iraq, 5 years in Okinawa, and total of 6 years in Korea. Retired as a full Colonel.
Report a Problem

Lothar Botschin
Class of 1979
Army, 10 Years
Seviced in the artillery in Germany and Washington State. Was medically discharged in 1989 due to hip injury.
Report a Problem

Martiin Sanders
Class of 1967
Marine Corps, 1 Years
Lcl 3/5 Marines services in the Republic of South Vietnam. In school wrestle at 105 took 2nd place in state. Started the Young Marines in the County. Recieved a BA in Business, work for Postial Service for 30+ yrs. Recieved a Purple Heart w/Valor.
Report a Problem
12 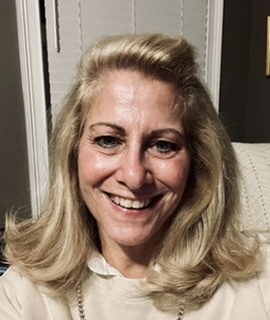 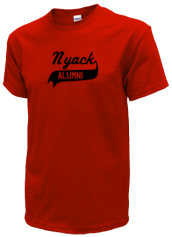 Read and submit stories about our classmates from Nyack High School, post achievements and news about our alumni, and post photos of our fellow Indians.

View More or Post
Our Nyack High School military alumni are some of the most outstanding people we know and this page recognizes them and everything they have done! Not everyone gets to come home for the holidays and we want our Nyack High School Military to know that they are loved and appreciated. All of us in Upper Nyack are proud of our military alumni and want to thank them for risking their lives to protect our country!