Have you lost your Northgate High School class ring? Have you found someone's class ring? Visit our Broncos lost class ring page to search for your class ring or post information about a found ring.

Brad Davis
Class of 1994
Army, 4 Years
2 Combat Tours in Iraq totalling 20 mos. Deployed in support of OEF/OIF1-2-2.5-3. Honorably discharged and made it out intact.
Report a Problem

Lisa Gauny Bonnell
Class of 1982
Air Force, 4 Years
After graduating from NHS, I went to school at DVC and Sacramento State for two years. I then enlisted in the Air Force and served 4 years. I was stationed at Patrick AFB, Florida. It was a great experience!
Report a Problem

Paul Dickinson
Class of 1996
Navy, 6 Years
Stumbled around for a few years then joined the NAVY to get out of dodge. 2 years in training, 4 years on a Fast Attack submarine out of San Diego.
Report a Problem

Sandy (Gold) Wayman
Class of 1976
Marine Corps, 20+ Years
Escaped from Walnut Creek in 1977 and went to Parris Island as a private. After bouncing around New Orleans, Okinawa, South Carolina, Virginia and Southern California, I retired as a captain in 1998.

And my counselor said I'd never amount to anything. Got you, Duff!

Tony Perez
Class of 1982
Air Force, 6 Years
Active Duty both overseas and domestic plus 9 years Reserve. I'm the taller one in the photo.
Report a Problem 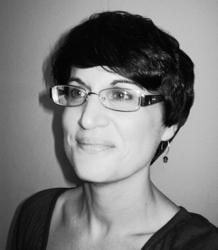 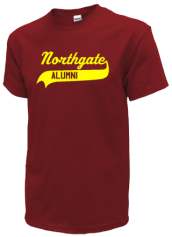 Read and submit stories about our classmates from Northgate High School, post achievements and news about our alumni, and post photos of our fellow Broncos.

The 10th annual Alumni Game is on Saturady, May 15, 2010. To celebrate Northgate Baseball's storied history we will once...
Read More »

View More or Post
In Memory Of
Our Northgate High School military alumni are some of the most outstanding people we know and this page recognizes them and everything they have done! Not everyone gets to come home for the holidays and we want our Northgate High School Military to know that they are loved and appreciated. All of us in Walnut Creek are proud of our military alumni and want to thank them for risking their lives to protect our country!