Have you lost your North High School class ring? Have you found someone's class ring? Visit our lost class ring page to search for your class ring or post information about a found ring.

Survivors include brothers Dallas Bradford, John Terry and Scott Terry, along with several nieces and nephews.

Brad was a 1980 North High graduate and moved to Phoenix in 1989. Brad was an avid sportsman and a distinguished expert shooter and member of the NRA. He loved spending time with his daughter and riding his Harley Sportster.

Brad will be missed but not forgotten.

Step-brother of Linda Mintle Ferguson. Passed away in California

She was a Laundry Supervisor at Mercy Hospital for many years. She is survived by three daughters, Kim Beasley, Vicki Gonzalez and Kelly Beasley; her mother, Edith Erickson; sister Pat McBurney; and four brothers, Leslie, Denny, Steve and Tom; and 5 children. Preceded in death by her husband of 24 years, James Beasley; and her father Erick Erickson, Jr.

Nashville Tennessee.
Died May 18th 2009 of pancreatic cancer. You can sign her guest book on www.legacy.com She leaves her husband of 38 years, Nelson, Sons, Dan and Richard and 3 grandchildren, Xandria, Marley & Kenton Leclair.

She died of pancreatic cancer. She lived in Nashville, TN. Her husband, Nelson and Sons, Dan & Richard Leclair & 4 grandchildren survive along with her mother, Bonita Andrews (‘42), 2 sisters and 3 brothers.

Lung ailment.
Survived by daughter Dynishka Dieudonnia Schmidt of Illinois, son Jamey of Marietta, GA, one sister and one brother.

Died at Methodist Hospital in Rochester, Minnesota of complications following transplant surgery. He was a teacher at Roosevelt High School, taught for two years in Japan, and spent two years with the Peace Corps in Malaysia.

Daryl A. Brewer, 59 of Omaha, Nebraska died Sunday, July 20, 2014 at Bergain Mercy Hospital in Omaha, Nebraska. Daryl was formally from Des Moines graduating from North High School. He is survived by his siblings; sisters Carlotta (Michael) Burks-McKay, Deedra Jolly, of Des Moines; brothers, Kenneth (Annette) Brewer II of Des Moines and Jeffrey (Criss) Brewer of Merrillville, IN and a host of Nieces and Nephews. He is preceded in death by his parents, Rose and Kenneth Brewer Sr.

A memorial service will be held at 1:00 pm Saturday, July 26, 2014 at Heafey Heafey, Hoffmann Dworak & Cutler Funeral Home in Omaha, Nebraska. Memorial Contributions can be made to the family.

Heart attack.
Degree in Horticulture from DMACC. Survived by two children, William of Slater, and Kimberly Fears of Ankeny; on brother and one sister.

Worked for over 30 years in the entertainment industry in Hollywood, CA. He was Business Manager for over 20 years at the Dorothy Chandler Pavilion and the Mark Taper Theater. He appeared in the LA cast of "Zuit Suite" with James Edward Olmos. He was also a playwright. While working on lighting for the production of The Prairie Home Companion at the Hollywood Bowl, he felll from the scaffolding severely injuring his back. He passed away from complications of this accident 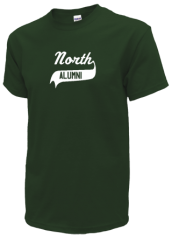