Have you lost your Milford High School class ring? Have you found someone's class ring? Visit our Buccaneers lost class ring page to search for your class ring or post information about a found ring.

Donald Anderson
Class of 1965
Navy, 20+ Years
Stationed on 5 ships (USS Tutuila ARG-4, USS H.W. Gilmore AS-16, USS LaSalle AGF-3, USS L.Y. Spear AS-16, USS Nimitz CVN-68) 4 overseas stations (Viet Nam 1966 & 1967, Japan 1969-1972, McMurdo, Antarctica 1972 -1973, Sardinia 1973-1976), and 2 stateside shore stations (Fleet Training Center Dam Neck 2 tours, and Naval Air Station Ocean Weapons Dept). I worked in the logistics field (ran warehouses/store rooms, financial, supply support) as well as many collateral duties (leading petty officer, career counselor, ship's armed security, officer of the deck in port, damage control, training petty officer, chief master at arms for a dining facility, and several others). I would have to say my two favorite duty stations were McMurdo, Antarctica and permanent Shore Patrol in Palau, Sardinia. In Antarctica, I was the base newspaper editor/publisher, was a radio DJ on our local station, WASA FM-100, had a band (McMurdo Country Sound), and pressed my divisions uniforms (only starched SeaBee greens around). I picked up several languages enough to get something to eat, shop, get directions and hold a limited conversation. I still keep in loose touch with 3 people I met in my travels (Turkey, Kenya, Italy). When in Israel, I met an Israeli soldier and we wrote for several years, but his sister notified me that he was killed in 1998. I would do my whole career over again if I could. I'd like to go back to Antarctica if not to work, but at least to visit.
Report a Problem

George G. Jester Jr
Class of 1977
Navy, 20+ Years
I served all over the country, my duties switched me back and forth from Nurclear Submaines to L.M.E.T. Instructor. I served 25 years.
Report a Problem

John R Rogers
Class of 1963
Navy, 20+ Years
Went into the U.S. Navy to avoid the draft that was sucking people off to Vietnam! Entered in 1965 after working for the Delaware Highway Dept. as a draftsman and since my birthday is at the end of May and notices were coming out for April I beat them to it!

I went to Nuclear Power School, stayed as an instructor the went to the USS Enterprise for 4 years. Reenlisted and went back to the Schenectady N.Y. training site as I had been part of two reactor refueling jobs and another was coming up. After that went to the USS Bainbridge, CGN25, then to USS Truxtun, CGN35 then finally to USS Texas, CGN39 when I got sick with an ulcer and other internal issues so I finally retired with a little over 20+ years.

Used GI Bill to go the college and get a BSCS and MSSE and a California teaching credential (valid for life!!!). Worked as a software engineer and Oracle database admin and retired at the end of 2009. Started teaching evening adult computer classes in 1989 and finally retired from that in April 2017.

Wee have lived in Chula Vista, CA since 1969 and have a great view of that Pacific Ocean. Last time we went to visit Delaware was in 2003 for a reunion and some day we might get back there again?

Kinde Ann (Wynes) Baker
Class of 1998
Army, 7 Years
I served in the Army from September of 99 to June of 06. I went to basic training at Fort Sill OK, then to AIT at Sheppard AFB in Texas for my MOS 91-E (Dental Tech). After schooling I was sent Yongsan Seoul South Korea for a year working at 121 general hospital. When my time was up I then pcs'd to Fort Polk LA. I was there from 2001-2006.
Report a Problem

Lawrence Spady
Class of 1987
Army, 20+ Years
Served on the Air Force Reserves And the Army deploying to multiple contingency areas and combat zones from 1988 to present.
Report a Problem 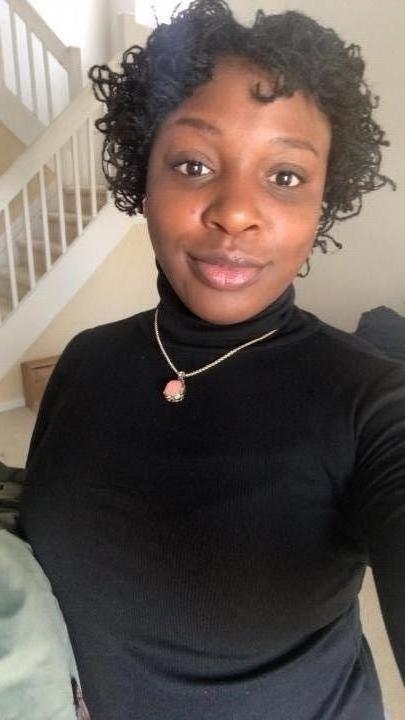 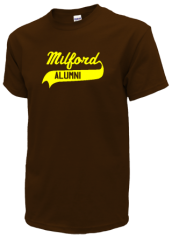 Read and submit stories about our classmates from Milford High School, post achievements and news about our alumni, and post photos of our fellow Buccaneers.

Post Your News
Our Milford High School military alumni are some of the most outstanding people we know and this page recognizes them and everything they have done! Not everyone gets to come home for the holidays and we want our Milford High School Military to know that they are loved and appreciated. All of us in Milford are proud of our military alumni and want to thank them for risking their lives to protect our country!