Have you lost your Miami Norland High School class ring? Have you found someone's class ring? Visit our Vikings lost class ring page to search for your class ring or post information about a found ring.

Antonio D. Simmons
Class of 1990
Army, 19 Years
He joined the Army during his junior year at Miami Norland. He entered Basic Training on 8 Aug 90 Ft. Dix, NJ. He was deployed to Persian Gulf shortly after graduation of his job training. He has also been deployed to South Florida to help clean up the damage that Hurricane Andrew left behind. He has been deployed to Hait in 92, Somalia in 93. He has been stationed overseas in Korea in 95-97, 03, and now 08 - 11. His last deployment was to Iraq Oct 05 - Oct 06. He has done whatever was asked of him by his country. He has also lost alot as a result of it too. He has been married and now divorced, lost loved ones due to illness and friends due to combat, some even due to being young and stupid. He has seen things that he would never imaged when he left home 19 yrs ago, but he has servived it all and it has made him stronger. He is currently serving in the 2nd Infantry Division in South Korea. He is a Motor SGT. His Military Occupational Specialty (MOS) has chaged over the years. He graduated from his Advanced Individual Training (AIT) as a 63W - Wheeled Vehicle Mechanic for which he worked for 14 yrs (91 - 04),before the Army did a realignment of MOS's and he was converted into a 63B - Light Wheeled Vehicle Mechanic. He worked under this new title for 4 yrs (04 - 08), until the Army did another MOS realignment. He now is a 91B - Wheeled Vehicle Mechanic. He is also a H8 - Recovery Specialist (95). He is a Primary Leadership Development Course (PLDC) now called Warrior Leaders Course (WLC) graduate (99), He is a graduate of the 101st Airborne Divisions acclaimed Sabulaski Air Assault School (99), Battle Staff NCO Course (BSNCOC) graduate (07), Basic Non-Commisioned Officer Course (BNCOC) now called Senior Leaders Course (SLC) graduate (08). He is currently completing his bachelors degree in Asian Studies. He plans on attending the Army's Warrant Officer Course upon completion of his tour in Korea. He has served with the 101st Airborne Division (Air Assault) 3 times (91 one month), (97 - 00), and (04 - 07). He served with the 10th Mountain Division (Climb to Glory) 2 times (91 - 95) and (00 - 02). He is and always will be a Viking. Class of 1990.
Report a Problem 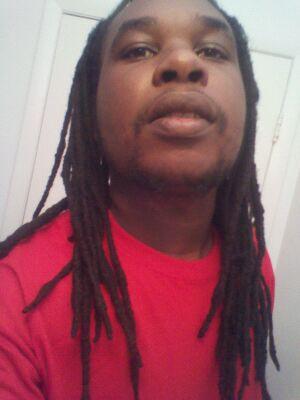 Read and submit stories about our classmates from Miami Norland High School, post achievements and news about our alumni, and post photos of our fellow Vikings.

The alumni association is hosting an alumni membership/toy drive this Saturday, December 13, 2008 at the El Palacio Spor...
Read More »

View More or Post
In Memory Of
Our Miami Norland High School military alumni are some of the most outstanding people we know and this page recognizes them and everything they have done! Not everyone gets to come home for the holidays and we want our Miami Norland High School Military to know that they are loved and appreciated. All of us in Miami are proud of our military alumni and want to thank them for risking their lives to protect our country!