Have you lost your Mead High School class ring? Have you found someone's class ring? Visit our Panthers lost class ring page to search for your class ring or post information about a found ring.

She will always be remembered

Christine married her HS sweetheart (Cameron Fleury, Class of '84) and moved to Seattle after graduation. Christine went to Seattle Pacific University for a year and then entered the workforce as a medical transcriptionist for the Oncology department at Virginia Mason. She enjoyed her work and hiking with her husband and their friends. She loved music and attending concerts. Her older sisters, Carla and Connie, and younger brother, Bruce, all attended Mead HS as well.

I have been getting little information about how or why and I am afraid to bring it up to the mother at this point. But I will update this when I get all of the information.

BLUM, Daniel James Faithful servant of Jesus Christ, went peacefully to be with his Lord on 4/7/10, with his family at his side. He was a devoted husband of Vickie,father to Luke, Joseph, David, Calvin, Elijah, Isaiah, and Samuel. He was the twin brother of David Emerson, brother of Beverly Shuyler (Merle), Alan and Larry Blum. He was the son of Phillip Blum (Barbara), and LoisEmerson. He was the son-in-law of Woody and Eunice Curry. He is alsosurvived by numerous aunts, uncles, nieces and nephews. He was born 2/15/53 in Texas, and lived in Spokane for over 50 years. He was an Army veteran. In his life he held many positions, but always serving, promoting and exhorting those who came in contact with him. He is remembered by his faith-family of 20 years of service at ONE* Spokane, and his covenant Talmidim Yeshua family. His love for the Word of God is an example to us all.
(Published in Spokesman-Review April 9-11,2010)

Gary entered into peace December 15, 2009 in Chewelah, WA. He was born August 3, 1953. Gary graduated from Mead High School in 1971. After graduation he joined the Army and served for two years. Gary worked at the Alcoa Aluminum Plant in Addy, WA as a crane operator for 23 years until the plant closed and he retired. During his retirement, Gary attended a two year carpentry program at Spokane Community College. He enjoyed many hobbies including being outdoors, riding Harleys, boating, camping, wood working, animals and music. Gary is remembered by his former wife Dawn and their children Cassady, Jami (Dan), Dustin (Stefanie); grandchildren Trenton, Ethan, Jaidan and Aubrey; brother Wayne (Twyla); and parents Lee and Darlene, as well as many friends. Gary was a kindhearted man who had a way of taking those in need under his wings. A Memorial Service will be Wednesday, December 23, 2009 at 1:00 PM at Heritage Funeral Chapel. In lieu of flowers memorial contributions may be made to the Spokane Humane Society in Gary's name. "SHAKA BRA" (Aloha one and all). Gary, you will always be loved.
(from Spokesman-Review obituary)

Kay went to join her Lord and Savior March 20, 2011 after a long valiant battle with cancer. She left this life with her husband and children by her side and in full knowledge of her everlasting salvation.

Kay was born on January 31, 1953 in Spokane, the youngest of 12 children of Harry and Lucille Templeton. She spent her youth in the Spokane area, attending Mead schools and graduating from Mean High School in 1971. Following high school she immediately began working, finally finding her life's passion helping counsel people in recovery at Miryam's House. In 1971 she married Patrick McAleer, who preceded her in death in 1983. In 1977 she married Terry Lessig and they made their home in the Spokane and Loon Lake areas, raising their two daughters.

Kay is survived by her husband Terry; daughters Monica McAleer Larsen (Lane) and Heather Lessig and grandchildren Makayla, Devon, and Tanner; brothers Steve and Don; sisters Carol, Helen, Margret, and Clara; and numerous aunts, uncles, cousins, nieces and nephews. Kay was preceded in death by her son, Mathew McAleer, her parents, her brothers Bob, Jim, and Wilbur and her sisters Harriet and Mary.

Kay enjoyed making beautiful jewelry for her friends and family and was passionate about her walk with her Lord and being active in Life Center North.

A memorial service will be held on Friday, April 1st at 1:00 PM at Timberview Christian Fellowship, 15511 N Howe Road, Mead, WA, followed by an informal potluck reception. In lieu of flowers, the family suggests memorials to Miryam's House or Hospice of Spokane.

James C. Bingham, born May 31, 1957 in Spokane, Washington passed away August 23, 2018 at his home on Bainbridge Island after a struggle with Creutzfeldt-Jakob disease over the last few months.

Jim graduated from Mead High School in Spokane in 1975, then went on to earn his bachelor’s degree in civil engineering from the University of Washington, and an MBA from Seattle University. Jim retired early from a successful career in IT Consulting. He worked for many Fortune 500 companies in the telecommunications, computer services, and defense industries. He was admired by his co-workers and bosses alike.

Jim loved the outdoors and made trips to Africa, Nepal, and Europe. He was especially fond of Kaslo, BC (Canada) and Kootenay Lake. His passions included backpacking, rafting, and canoeing. Jim was very generous and loving, and strove to encourage and help others. He served on several volunteer and civic organizations, including Mama’s Kitchen, Land Trust – Bainbridge Island, and The Art Project.

Jim will be greatly missed by his family and friends. Jim was preceded in death by his parents Andrew and Dilys Bingham.

Lost her battle to neurofibromatosis.

Johnnie was a great Father and and someone that always said that Mead High School was a great place to go.

Born September 17, 1952 in Spokane, WA; entered into rest April 22, 2008 in Chattaroy, WA. He is survived by his mother, Mary; brother, Robert; niece, Jenny; aunt and uncle, Alice and Roy Penna; and numerous cousins. Mike was casual, quiet, had a wide variety of interests and had a great sense of humor. He was a skilled woodworker, having built a covered chuck wagon, a boat, and hutches. Mike had received his flying license. His ranch in Chattaroy was full of his many interests. His horses were "the kids" and he took much pride in them. (from obituary published 4/25/2008)

In honor of my brother, Moua T. Xiong, who died from cancer. My brother worked hard his whole life and later became a Special Agent for the Drug Enforcement Administration (DEA). Moua was assigned overseas, where he was diagnosed with Leukema and transported to the University of Washington Medical Center for treatment. My brother fought long and hard but his last day on earth was 2/11/07, he leaves behind a wife and 4 year-old son.

Life cut so short. Beautiful young man. Funny and loved by so many. Very missed.

Vern was an excellent craftsman and had a wonderful sense of humor. His survivors included his father William Keimig, sister Kathy Keimig Flodder (also a Mead High graduate), wife Colleen (Thompson), daughter Deborah Keimig Nelson, son David Keimig, and daughter Kayanne Keimig Harper. He had 11 grandchildren and now 9 great-grandchildren (two are being born within a few weeks of this post). Vern was a lifelong resident in the Mead area and graduate of Mead High. His high school friends included Jim Kellogg, Gordon Kirk, Fred Hart, to name a few. 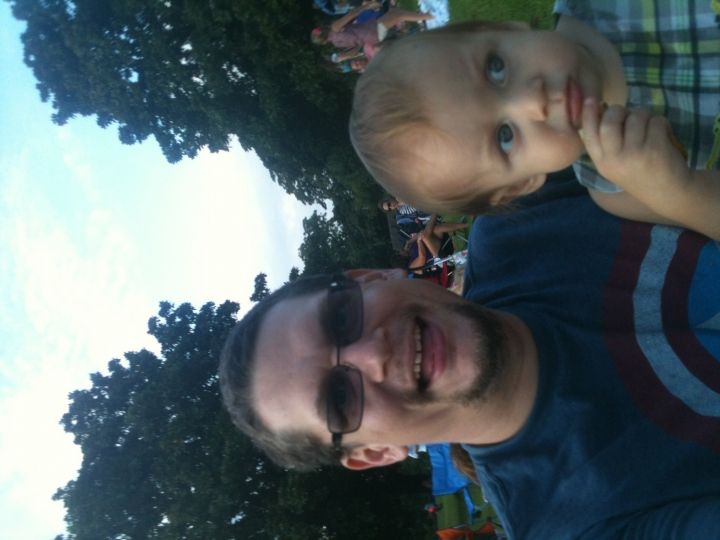 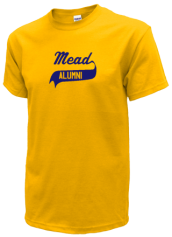 Read and submit stories about our classmates from Mead High School, post achievements and news about our alumni, and post photos of our fellow Panthers.