Have you lost your Marlboro Central High School class ring? Have you found someone's class ring? Visit our Dukes lost class ring page to search for your class ring or post information about a found ring.

Born in Newburgh, NY on November 28, 1966, he was the son of the late Albert R. and the late Sandra L. (Hannigan) Sparaco, Jr. Mr. Sparaco married Maria Sutherland Sparaco.

He was a professional land surveyor, self-employed with his brother by Sparaco Engineering & Land Surveying, P.C.

Born Jan.7, 1980 in Newburgh, she was the daughter of James Tenhagen, Jr. of Marlboro and Diane (Lawlor) Harris of Palm Coast, Florida.

April was a graduate of Marlboro High School, Class of 1998, and was a member of the Future Homemakers of America. She attended Dutchess County Community College and was a past employee of Fresno’s in Poughkeepsie.

OBITUARY
Dorene Dawn MacLachlan
JUNE 6, 1957 – FEBRUARY 6, 2018
Obituary of Dorene Dawn MacLachlan
Dorene Dawn MacLachlan last lived in Chippewa Falls, Wisconsin and passed away Tuesday February 6th, 2018. She was born June 6th, 1957 at the Flushing Hospital in Flushing Queens, New York. Her home was in Freeport Nassau, NY. Dorene was a member of the Church of Jesus Christ of Latter-day Saints. Dorene has a beautiful big heart and spirit. She is always thinking of others with a delightful sense of humor. She adored and is extremely proud of her son, Sean whom she raised in Connecticut, where he is presently working on obtaining his PhD in Chemical Engineering. Dorene is very intelligent, an avid reader whom while in early childhood read a book every night with her Mother and was reading at a 5th grade level when she was only in 1st grade. She and her Mother and siblings went swimming twice a day in San Diego, California and when she was grown, she loved being on the swim team while working on her Fine Arts degree from the University of Houston. She is creative and an amazing artist who avidly loves the outdoors. She enjoys going and making things of beauty from the earth with flowers, sand or leaves. She sews beautifully as well, embroidering on clothing without patterns, along with beaded purses. An art teacher told her that her greatest gift was sculpting. She also made exceptional family albums for her siblings. Recently she returned to school at the University of Wisconsin, making just under a 4.0 GPA. Some of her employment included working as a telecommunications consultant and she also worked in management for Fortune 500 companies in New York City. Dorene is survived by her special loved one Richard Meurer, beloved son Sean Patrick McDarby, Mother Arlene Ann Tucker Dunford and husband Franklyn. Sisters Lynn (Bobby) Fields, Susan (Stuart) Dimson, Janene (Travis) Felton and Bonnie MacLachlan (Jessie Miller). Brothers Brian MacLachlan and Michael Manning. Also her loving lifetime friend Debra Santoro, Aunt Jacqueline Arnold, Aunt Jeanette (Douglas) Dillon, Aunt Joyce (Kevin) Oldenburg, Uncle Raymond Tucker and numerous Cousins, Nieces and Nephews. Dorene was preceded in passing by her Father Donald Stuart MacLachlan, and Grandparents Stuart A. and Harriet (Meyer) MacLachlan and Raymond V. and Irene (Warren) Tucker. Also, Loretta Philomena Tucker and Robert Edward Arnold. There will be a viewing for Dorene at Crist Mortuary in Boulder, Colorado Saturday February 17th from 2-5pm, Sunday February 18th from 6-9 pm and Monday February 19th from 9:30-10:15am. The service will follow at 10:30am on Monday. Bishop Lanny Loveday of the Church of Jesus Christ of Latter-day Saints will be officiating. Dorene's interment will be Monday at noon at Green Mountain Cemetery.

Gloria died at age 29 from complications during a hospital stay for a blood clot.

Rodney D. Johnston, of Napanoch, formerly of Marlboro and a driver for DHL, died Jan. 23, 2006 from a snowmobile accident at the Ellenville Regional Hospital. He was 37.

The son of Robert D. Johnston and the late Jerilyn Ziegler Johnston, he was born Dec. 5, 1968 in Newburgh.

He attended St. John's Memorial Episcopal Church, Ellenville, was a 1987 graduate of the Marlboro High School where he was a star athlete in both football and baseball. He attended Dutchess Community College. Rodney raced cars in both Middletown and Accord, was a snowmobile and ATV enthusiast and loved Arctic Cat snowmobiles. He was the greatest dad and loved to involve his family in his motor sports.

Predeceased by his mother, Jerilyn Johnston and his maternal grandparents Mr. and Mrs. Harold Ziegler. 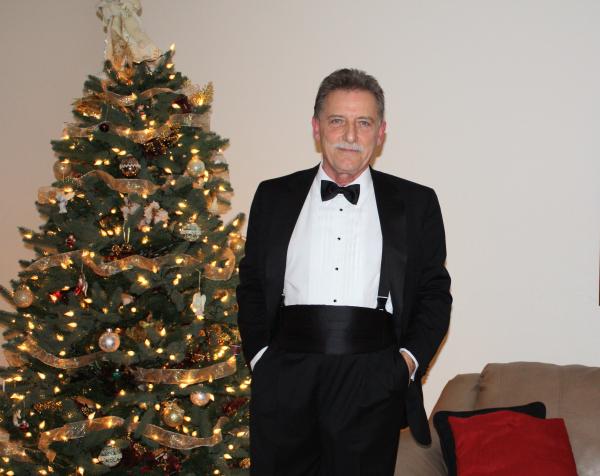 Read and submit stories about our classmates from Marlboro Central High School, post achievements and news about our alumni, and post photos of our fellow Dukes.