Have you lost your Lincoln High School class ring? Have you found someone's class ring? Visit our Railsplitters lost class ring page to search for your class ring or post information about a found ring.

Brian Selter
Class of 2002
Marine Corps, 4 Years
Getting paid to play with guns. It couldn't get much better..
Report a Problem

Jessica Forsythe
Class of 2005
Air Force, 2 Years
I've been in the Air Force for almost 2 Years and am serving here at Whiteman AFB.
Report a Problem

Keith Vasicek
Class of 1996
Air Force, 12 Years
US Army 1996 -2000 served as a Communications and Encryption Specialist. 2000' I transferred to the USAF-Guard, still enlisted, 3 tours of duty Op Iraqi Freedo
Report a Problem

Leo Runearth
Class of 1984
Marine Corps, 3 Years
i served a tour of duty in okinawa and korea for 1 year as a truck driver in 1985-86.my last place of duty was camp pendleton
Report a Problem

Nathaniel Held
Class of 1991
Air Force, 12 Years
Enlisted in the USN in 1993. Served as a Hospital Corpsmen/Surgical Technician. In 2002, commissioned in the USAF. Now serving as a ICBM launch officer in MT.
Report a Problem

SGT. James Allen jr.
Class of 2003
Army, 5 Years
Has served in Operation Enduring Freedom 7(Afghanistan) and is currently deployed to Iraq in support of Operation Iraqi Freedom. Has been awarded two purple hearts for being injured in both theaters of operations among others for valour and actions under fire.
Report a Problem 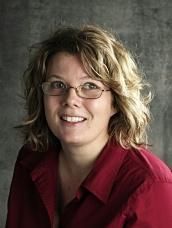 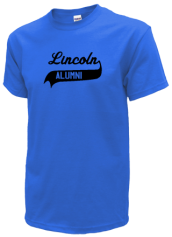 Read and submit stories about our classmates from Lincoln High School, post achievements and news about our alumni, and post photos of our fellow Railsplitters.

We are looking for Lincoln Band Alumni to participate with the Ypsilanti Community Band in a Ken Bowman Memorial Concert...
Read More »

View More or Post
In Memory Of
Our Lincoln High School military alumni are some of the most outstanding people we know and this page recognizes them and everything they have done! Not everyone gets to come home for the holidays and we want our Lincoln High School Military to know that they are loved and appreciated. All of us in Ypsilanti are proud of our military alumni and want to thank them for risking their lives to protect our country!