Have you lost your Lakeside High School class ring? Have you found someone's class ring? Visit our Vikings lost class ring page to search for your class ring or post information about a found ring.

http://www.legacy.com/Atlanta/Obituaries.asp?Page=LifeStory&PersonId=126001128 ANTEBI, Barrie Katz On April 10, 2009, Barrie Katz Antebi, age 42, passed away peacefully at her home in Alpharetta, Georgia, after being diagnosed with metastatic melanoma in November of 2008. Barrie passed in the arms of her husband and children while surrounded by her family and closest friends. Barrie was born on December 28, 1966, to Doris and Dr. Fred Katz, of Atlanta, Georgia. She is survived by her husband of 16 years, Mark Antebi, son Alec, age 12, and daughter Molly, age 9. She is also survived by her parents Doris and Dr. Fred Katz; sister Michelle Penn and brother in-law, Michael Penn, of Alpharetta, Georgia; mother in-law Suzie Antebi; sister in-law and brother in-law Judy and Scott Chyatte; brother in-law Isaac Antebi; and nieces and nephews Craig Chyatte, Eric Chyatte, Jacob Penn, Bryan Penn, Evan Penn, and Allie Penn. Barrie graduated from Lakeside High School in Atlanta, Georgia in 1985 and Boston University in 1989, with a B.A. in Hotel Management. Barrie worked for several years as a catering sales manager at some of Atlanta's most premier hotels, including the Westin Peachtree Plaza, the Hotel Nikko, and the W Hotel. Barrie began her own successful business as one of Atlanta's most respected and sought after wedding and event planners. Barrie was an active member of the Board of Atlanta Israel Bonds, and served on various committees of the Jewish Federation of Greater Atlanta. Barrie was also committed to helping strengthen the North Fulton Jewish community through timeless volunteering efforts with Chabad of North Fulton. Barrie was committed to Jewish education for herself and her children, through her active involvement at the Greenfield Hebrew Academy and the Davis Academy. Barrie and Mark shared and experienced 16 years of blissful marriage, full of joy and amazing friendship. Barrie was a loving mother, devoted wife, and beloved friend. Her life gave meaning to the words goodness, love, friendship and family. Barrie took tremendous joy in her relationships with her devoted family and friends. In her personal and professional life, Barrie used these qualities to bring joy and happiness to everybody who knew her. Barrie leaves of legacy of cherished memories and wonderful times to everybody she touched. She will be greatly missed by all. A funeral service will be held on Sunday, April 12th at 2:00 p.m. at Arlington Cemetery in Sandy Springs, Georgia. In lieu of flowers, contributions can be made to Chabad of North Fulton at 10180 Jones Bridge Rd., Johns Creek, Georgia 30022. Sign on-line guestbook:www.edressler.com. Dressler's Jewish Funeral Care, 770-451-4999 Guest book www.edressler.com

Carla passed away from complications of diabetes. She was in the class of ‘68.

Dr. Nelson Post
Some where over the net a few lines were left out on the Dr Nelson post I submitted. I am going to try again. The family and Jack has been in contact and asked if it could be corrected.
I also have a few photos I would like to send along.
LHS's First Principal

A Professional/Personal bio for Robert "Bob" "Doc" "Big Red" "Red Dog" Robert E.Nelson. Doc was born November 11, 1927 near Asheville, NC. He grew up exploring every nook and cranny of the Western Carolina Appalachian mountains. He was an avid outdoorsman, being a master of the fly rod, and a cracker jack shot with an old Savage 300 rifle. He was as much at home in the woods and on the rivers and streams as most people are in their local Walmart!

Doc's degrees were an undergraduate degree in Math and Industrial Arts from UNC Cullowhee; a Masters of Education from UNC in 1958; a PhD from UNC in 1961; and an additional 2 year post doctoral work in Educational Administration was completed in 1963, also from UNC. You might suspect, and rightly so, that he was a Tarheels fan.
.
He was awarded the first Principal's position at the newly built Lakeside High School in 1965-1967. We already know about those three years! I'm sure there are many stories about Doc and his tenure at LHS floating around as he had such a strong presence everywhere he went. He never knew a stranger. Missing the foothills, he left with the first graduating class in 1967. He purchased 30 acres of mountaintop where he built a beautiful home and raised his family near Cleveland, GA. He became the Director of the Ninth District CESA Unit, a multi-county, multi-school agency handling all technology and repairs within the District. He eventually taught math at Hall County High School, receiving the Star Teacher award, and developing a consumer math program focusing on real life things like balancing checkbooks and analyzing mortgages, and stayed there until he retired. After that, it was fishing and traveling for the next 3 decades.

On a more personal note, Doc and Billie L. Gandy, a Forsan, Texas girl, were married 60 years from 1954 until Billie's death. Quite a testament for both of them in this day and age. After a valiant battle with cancer, Billie died on September 25, 2014. Doc never fully recovered from her passing and died September 12, 2015 literally from a broken heart. He lost the love of his life and his will to live simultaneously, but limped on without her for about a year.

Military life. Doc joined the Navy during WWII, and served from September 11, 1945 through August 17, 1946. Amazing because he wasn't quite 18 years old when he joined! He said he lied about his age in order to join in a patriotic fervor, but was happy to leave when the war was over. While in the Air Force during the Korean War Doc flew F-84's. His fighter pilot name was "Red Dog". He trained at Webb, Barstow and Luke Air Force Bases, 1953-1954, and was then sent to England (the reason Doc and Billie were married in December, 1954 -- so Billie could accompany him to England).


Bob and Billie had four children. Rebecca, also an avid fly fisher and past pilot, lives in Fairhope, AL, and Red Lodge, MT. Melanie lives in Spartanburg, SC and has two children. Son Britt, lives in Fairbanks, Alaska and has the life Bob always wanted – fishing and hunting grizzly. And Mark, who has the other two grandchildren, lives in Fairbanks during the Fall and Winter (hunting season) and Oxnard, California during the Spring & Summer. Rebecca and the "boys" have all followed in their Dad's footsteps and taken advantage of all that the outdoors have to offer.

Doc was a great man and a great friend! He turned my life totally around. I'm sure there are many more who can say he significantly changed their lives too. He was my Hero.

Died of pancreatic cancer in 1998. Had been active in tv and theater production

I'm glad you remember Ginny. . For the record, Ginny graduated with a B.S. in Chemistry and became an Officer in the U.S. Army, 1973-1980. She was the 1st female EOD (Explosives and Ordinance) officer in the United States Army. She told great stories about teaching classes in Chemical and Nuclear Warfare, disarming bombs and being the officer in charge of the bomb squad when travelling with the POTUS. She resigned her commission as Captain along with her husband, Jesse Medlen. Together, they worked at Texas Instruments but Ginny wanted more. She entered SMU Law School and in 1984, graduated with a specialty in Trademark and Patent Law. She ultimately moved to San Francisco and became a founding partner to the law firm of Medlen & Carroll. She traveled frequently in her position, and also as a member of the Napoleonic Society. On May 5, 2003, she was killed tragically 2 weeks before her daughter Elizabeth's graduation from the United States Air Force Academy. She was in Amsterdam on a legal conference, simply walking down a sidewalk next to the ReiksMuseum when an SUV careened out of control and landed on her, killing her instantly. It devastated all of us, and we miss her greatly. She was without a doubt, one of the brightest and best of anyone I have ever known. I count myself fortunate to have called her "sister". 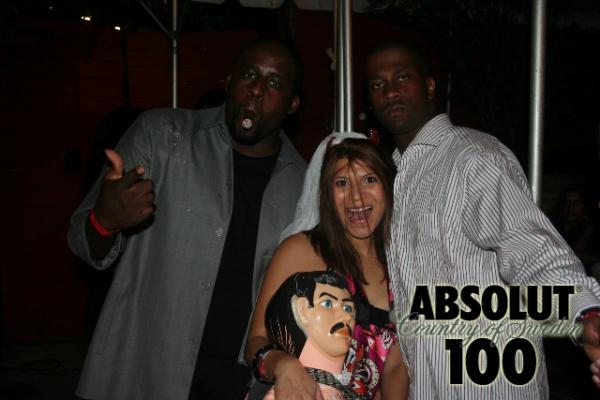 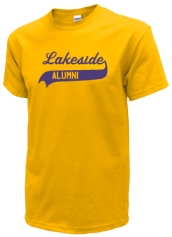 Read and submit stories about our classmates from Lakeside High School, post achievements and news about our alumni, and post photos of our fellow Vikings.

Some where over the net a few lines were left out on the Dr Nelson post I submitted. I am going to try again. The famil...
Read More »