Have you lost your Horace Mann High School class ring? Have you found someone's class ring? Visit our Horsemen lost class ring page to search for your class ring or post information about a found ring.

February 20, 1950 – April 28, 2019
Gloria Alicia Acevez-Vellios, 69 of Hobart, a loving and wonderful mother and grandmother, Gloria was a graduate of Horace Mann High School Class of 1968. She spent most of her career as a manager/travel consultant for Royal International Tours & Travel Agencies. She was a member of ASTA (American Society of Travel Agents) and enjoyed traveling throughout the world.

Born in Gary, Indiana in 1943, he moved to Atlanta in 1978. Ashley was a devoted father, brother, cousin and a friend to everyone he met. His passion for his sports teams - the Chicago Cubs, Chicago Bears and Indiana University basketball was unrivaled. He was self-employed throughout most of his career which ran the gamut from a cheese & wine deli, cookie business, Sandwich and Stuff deli to an engraving business. His favorite social pastimes were bowling with the B’nai B’rith league and playing cards with his regular buddies. He loved to make people smile and always used the line “to make a long story short,” while he was telling a long-winded story.

He was preceded in death by his older brother, Warren Ackerman of Indianapolis. He is survived by his daughter Rosanne Ackerman Mastin (Jasen) and his many, many friends.

He was born December 14, 1926 in Terre Haute, IN to Celestino and Auralia Alonso. A 1945 graduate of Horace Mann High School, Gary, IN, veteran of the United States Army Air Force and graduate of Gary (IN) Business College, Joe practiced public accounting in northwest Indiana for 40 years prior to retirement along with operating Omni Software Systems, pioneering the path to accounting software.

Joe is survived by his wife of 65 years, Mary Clay Alonso; sister, Mag Esposito of Portage, IN; his four children: Robert (Deborah) Alonso of Zionsville, IN, Brian (Laura) Alonso of Bainbridge Island, WA, Jane (Jim) Myers of Angola, IN, and Toni (Mark) Street of Santa Rosa, CA; nine grandchildren; and one great grandchild.

Mary C. Esposito, age 96, a resident of Portage for the last 60 years, passed away Monday, July 4, 2016.
She was born on October 29, 1919 in Cherryville, KS to the late Celestino and Aurelia Alonso. Mary was a 1937 graduate of Horace Mann High School in Gary. She was a member of Nativity of Our Savior Catholic Church. She will always be remembered as a dedicated wife, mother and aunt to those who knew her.
She is survived by her son, Gary Esposito; many loving nieces, nephews, great nieces, great nephews and other family members. Mary was preceded in death by her parents, Celestino and Aurelia Alonso; her beloved husband, Fernando Esposito; brothers, Joe and Paul Alonso; sister, Josephine Untch.

He was born in Gary, IN and graduated from Horace Mann High School (Gary) in 1957. As a young man he worked with his father at the family owned Dixie Dairy. Richard subsequently graduated from Indiana University in 1961 with a Bachelor of Science degree in accounting. After graduation he worked as a Special Agent in the Criminal Investigation Division of the IRS. He left the IRS to work as a stockbroker before joining the US Securities and Exchange Commission in 1968 where he worked as an Investigator/Manager until his retirement in 1997. During retirement he was active as a consultant for various investment firms.
Richard was a Mason, and a member of the Hobart Shrine Club and proud and passionate about the philanthropic mission of the Shriners. He also had a love of sports and in college was senior team manager for the IU basketball team under Coach Branch McCracken. He continued this interest throughout life working as an official for high school and college basketball, baseball and football. He was a member of the Gary Sportsmen Club and the Old Timers Athletic Association and the Jaycees.
Richard was preceded in death by his beloved wife, Irene; his parents: Jorgen S. and Helen E. Andersen; and his brother, Jorgen. He is survived by his daughter, Kristin Andersen-Hengstler (Robert) of Valparaiso, IN; and nieces: Karen Olson, Susan Postelnik and Nancy Andersen; nephews: Stephen and David Sramek; and great niece, Savanna Sramek.

Lou was a member of Our Lady of Perpetual Help Church. He worked at Black Oak Auto Parts with his dad who started the business in 1937. After his dad's passing in 1961 Lou took over what is now known as Anderson Auto Parts. Lou was a licensed pilot since 1952. He graduated from Horace Mann, was a member of R.O.T.C., and served in the National Guard.

Arthur A. Angotti, Jr. passed away on March 6th after a ten-month battle with cancer. He was 74.
Born on September 25, 1944 in Gary, Indiana, Art grew up in a large and loving Italian-American family. His parents, Art Sr. and Pauline (Jannott) Angotti owned and operated Art’s Quality Bakery and a catering business in Gary. The Angottis were great cooks and from those early years Art developed a lifelong appreciation of good food.
A 1962 graduate of Gary Horace Mann High School, Art was an outstanding athlete. The Horace Mann football team (which Art quarterbacked) was the Northern Indiana High School Conference and City Champs in 1961. He also ran track and was the 1962 Indiana State Track Champion in the mile. He continued running track as a scholarship athlete at Indiana University.
At IU, Art was president and treasurer of the Sigma Alpha Epsilon fraternity where he formed friendships that have lasted a lifetime. A business major, his entrepreneurial skills developed early. IU undergraduate ventures included companies that offered travel packages and final week survival kits for students. He received a B.S. degree in business in 1966.
While an undergraduate, Art was a member of ROTC and was recognized with the Distinguished Military Student Award. He served as a First Lieutenant in an armored cavalry unit in Viet Nam where he was wounded. He was decorated with a Bronze Star for Valor, a Purple Heart, and the Army Commendation Medal.
After serving in Viet Nam, he returned to IU to pursue an MBA degree. During graduate school, he married his college sweetheart, Barbara Weihmiller. They celebrated their 50th wedding anniversary in January of this year.
Art began his business career in Philadelphia working for a venture capital firm. He returned to Indianapolis in 1972 to work for Indiana National Bank in mergers, acquisitions, and financial services. He left the bank to form Heritage Management Inc., a financial consulting firm. Later, he formed Heritage Venture Group and four venture capital funds which provided start-up financing for high-tech and other businesses. In addition, Art was the founder and president of Indianapolis Cablevision Company, an executive vice president of Syndicate Glass, a director of Indianapolis Cellular Telephone Company, and an associate professor of finance at Butler University.
Art was the founder, president, and CEO of Artistic Media Partners. AMP owned and operated 20 radio stations around the country as well as operating the flagship stations for IU, Purdue, and Notre Dame Sports Radio Networks. He was inducted into the Indiana Broadcasters Hall of Fame in 2008.
An avid sports fan, Art led the drive to bring a professional baseball team, The Indianapolis Arrows, to Indianapolis. He was a consultant for the owner of the Oakland Athletics, Charlie Finley, and delighted in attending the 1972-1974 World Series as his guest. But nothing could match the joy he felt when coaching his children in Little League baseball.
His love of sports was reflected in his involvement as treasurer of the United States Auto Club (USAC) for 17 years. He also served on the Washington Township School Board for eight years--two years as president. He was the founder and president of the Washington Township Foundation, an elder and trustee of Northminster Presbyterian Church, a board member of the Children’s Museum, and a member of the Indiana Broadcasters Association.
Art was grateful for the men who taught, guided, encouraged and mentored him in his life: Coach Don Elser, his coach at Horace Mann; Bill Haeberle, professor of business at Indiana University; Glenn Swisher, President of Syndicate Glass; Tom Binford, his business partner for many years; Bob Borns, a friend from Gary, who invested in and has been a board member of his companies since the 1970’s; and brother, Joseph Angotti, who inspired his interest in broadcasting.
Honors include the IU Kelly School of Business Distinguished Entrepreneur Award, the Zora Clevenger Award which is the IU Athletic Department’s highest award given to “I” Men, and three Sagamore of the Wabash awards.
Art was happiest when boarding an airplane heading west. He enjoyed hiking in the Colorado mountains and visiting his grandchildren in California. At home, he delighted in spending time on his property working with tractors and taking people for golf cart rides.
He loved his work in radio, but his greatest love was spending time with his family. Art was a devoted husband. He was extremely proud of his children, Arthur and Laura, and delighted being “Baba” to his four grandchildren.
Art is survived by his wife, Barbara; children: Arthur III (Amber) of Indianapolis; Laura (Peter Geraghty) of Malibu, California; grandchildren: Leo and Amaya Angotti, Briggs and Lux Geraghty; brother: Joseph (Karen) Angotti of Monmouth, Illinois; sister: Phyllis Parker of Rockford, Illinois; nephews: Mark and Drew (Kim) Angotti and Jeffrey Parker; niece: Francine Angotti. He was preceded in death by his parents and nephews John Parker and Rev. Joseph Angotti Jr.
Calling will be held at Northminster Presbyterian Church, 1660 Kessler Blvd. East Drive on Sunday, March 10th from 3:00-6:00 p.m. and Monday, March 11th from 10:00-11:00 a.m. The service will follow Monday’s calling at 11:00 a.m.
The family requests that memorial gifts be designated for Art Angotti at Mayo Clinic, Department of Development, 200 First St. SW, Rochester, MN 55905, Northminster Presbyterian Church, 1660 Kessler Boulevard East Drive, Indianapolis, IN 46220, or a charity of your choice.

Wilbert Archie, age 66 departed August 7, 2019 suddenly in the present of his loved ones.

He was preceded in death by his father, Luke Archie and mother, Eunice Archie. He leaves to cherish his memories, only daughter, Erin; 3 Grandchildren, Arrion, Timmya and Timmora; 4 brothers, Larry (Tina) of Jackson, Mississippi, his road dog Terry of Gary, IN, Marcelino (Barbara) of Houston, Texas and Farest of Gary, IN; 3 sisters, Carolyn (Dennis) of Merrillville, IN, Wanda (Lionel) of Gary, IN and Michelle of Gary, IN; in laws, Ambera Law, Delores (Louis) and Maurice of all of Alabama; A host of Nieces; Nephews; Relatives and friends.

Javier was born in Fort Smith, Arkansas on August 12, 1951. He graduated from Horace Mann High School in 1969 and continued on to get a college degree from IUN. He enjoyed western movies, loved music, collected comic books, baseball and basketball cards. His favorite team was the Chicago White Sox.

John A. Arneson, age 79 of Merrillville, passed away unexpectedly April 20, 2020. John was born on January 28, 1941 in Chicago, IL to his late parents John K. and Minnie Arneson. He was a graduate of Horace Mann High School, Class of 1959. John was a retiree employee of Ford Motor Co., Chicago Heights Stamping Plant, where he was employed as a tool and die maker.
He is survived by his loving wife of 56 years Delores (nee Bisch) Arneson; his beloved daughter Cathy and her husband Jon Grover of Hobart; four grandsons Dallas, Dakota, Devin, and Austin Grove; one granddaughter Alyssa (Jerry) Wicker; five great-grandchildren; sister Sandra Arneson of Chicago.
previous page01020304050607080910…39next page 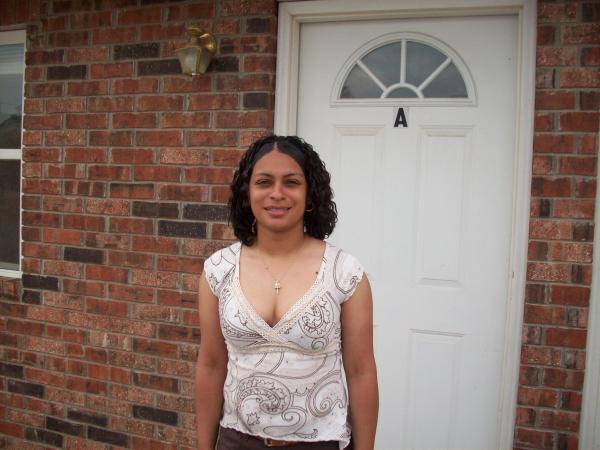 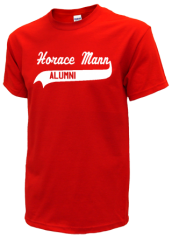 Read and submit stories about our classmates from Horace Mann High School, post achievements and news about our alumni, and post photos of our fellow Horsemen.

I wondered if class of 1968 is having a 50 year reunion? I would be interested.
swiderskimary@gmail.com
I ...
Read More »