Have you lost your Hillcrest High School class ring? Have you found someone's class ring? Visit our lost class ring page to search for your class ring or post information about a found ring.

He was born November 16, 1974 in Salt Lake City, son of Jim and Sally Everett and Bill and Pat Kontgis. He graduated from Hillcrest High School in 1993, and was enrolled in the civil engineering program at the University of Utah. He was a member of the LDS Church and served an honorable mission in Portugal, Porto. He was an avid outdoor enthusiast and enjoyed soccer, skiing, rock climbing, snow shoeing, camping and mountain biking. He had a very keen mind and a strong sense of right and wrong.Andrew is survived by his parents; brothers and sisters, Angela (Mike) Tiemeyer, Brook (Ryan) McCune, Matthew, Morgan, Katy, Melissa (Richard) Weston and Allyson (Jason) Ashment; grandparents, Angelina Kontgis, Barney and Vera Lee Hilton, Frank and Kathryn Everett and Bernard and Carla Finn; his sweet nephew, Alec; many aunts, uncles, cousins, niece, nephews; and his special friend, Denise (Nesi).

Andrew will be missed by a large circle of friends whom he loved.

Karen Lee Menlove 1969 ~ 2008 Karen Lee Menlove passed away May 27, 2008 at home.She was born August 5, 1969 in Murray, UT, and was the fourth of six daughters born to Marlo A. and Del Rae Isom Menlove. At age 7 she was diagnosed with juvenile diabetes and quickly learned to give her own insulin and manage her disease. Her health was a continual challenge. She was a bright, happy, sweet child. She graduated from Hillcrest High School, while concurrently earning her cosmetology license. Most recently she worked as an administrative assistant for an architecture firm. She married David R. Atkinson in the Salt Lake Temple, May 1990, and they had two boys, Cannon R. Atkinson (15) and Drake M. Atkinson (12). They divorced in 2000. Her boys are her greatest accomplishment and legacy. Karen is survived by her parents; her sons; sisters, Cynthia (Chris) Walker, Martha (Ivan) Valdivia, Julie (Mark) Bruderer, Sylvia (Brett) Terry, Heather (Spencer) Smith; and seven nieces and 11 nephews. A viewing will be held at Goff Mortuary, 8090 So. State St., Midvale, on Sunday, June 1 from 6-8 p.m. Funeral services will be held Monday, June 2 at 11 a.m. at Union Fort 5th Ward Building, 500 East 6770 South. A viewing will precede the funeral from 10-10:45 a.m

Kathleen Hagen Garner 1957 ~ 2009 Kathy, age 51, passed away on Feb 23, 2009 in Bellevue, WA. Her daughters and good friend Kina, were with her as she returned to her Heavenly Father's arms after slipping into a diabetic coma two weeks prior.

She was born in 1957 in Murray, Utah to Verne and Dorena Hunsaker Hagen, the youngest of seven and the only girl. She married and was sealed in the Salt Lake Temple to Jeff Garner (later divorced). They had two daughters, Nikki and Alisha, whom she dedicated herself to.

She is the the epitome of a true woman - courageous, faithful, loving, smart, and forgiving. She was a selfless caregiver for her loving mother who passed away three years ago. Her devotion then focused on her grandson Riley (to whom she was a second mother) and on her grandsons Tristan and Colton. She loved reading, spending time at "Hagen Point" in Montana, and attempting to play video games with her grandsons. She loved being teased by her big brothers (even though she pretended to hate it).

She was preceded in death by her loving parents; brother, Kim; and nephew, Robert Scott. She is survived by her daughters, Nikki (Eli) and their sons, Tristan and Colton; her daughter, Alisha (Billy) and their son Riley; and brothers, Larry (Connie), Verne (Faye), Bruce (Devera), Allen, and Kevin (Kathie). "Her Name is Forever Written in Our Hearts"

Kenneth Darryl Sconiers Jr. "Kenny" "Valiant Warrior" Kenneth Darryl Sconiers Jr. passed away while at home on 30 March 2003 after a valiant 22-year fight with diabetes and epilepsy. He will be greatly missed by all who had the good fortune to know him in this life. Kenny was the son of Thomasania and Wayne Leydsman and Kenneth Sconiers Sr. He was born on 18 July 1978 in Westerly, Rhode Island. From the time of his birth he was a joy to his family and all that knew him. In 1983 Kenny and his family moved to Utah where he graduated from Hillcrest High School in 1996. During his time at Hillcrest he was captain of the debate team and a winner of many awards. He was a member of the concert choir and was a participant in musicals. Upon graduation from high school, he became a tutor for at-risk students at the Hillside Elementary School. He was attending Salt Lake Community College at the time of his death. Kenny was an active member of The Church of Jesus Christ of Latter-day Saints and served as a missionary in the Michigan Detroit Mission from 1998 to 2000. Kenny loved sports, debate (as he had a sharp wit), listening to music and especially spending time with his "brothers". Among his many gifts, he counseled kids with diabetes at a variety of different camps. He was a valiant warrior who had exceptional patience and strength through every trial he passed through. We feel so blessed to have known him

Kerry passed in 2000 following a 10 month battle with Cancer.

Lynne passed away May 6, 2007 after suffering the past 20 years with major health problems.

(Mike) Mertlich, humble and sweet son, brother, uncle, and friend, age 50, was called home to his Father in Heaven on September 29, 2016. He passed peacefully in his sleep at home in Sandy, Utah. He is survived by his parents, M. Paul (Charley) and Betty Mertlich, his sister Lisa (Charles) Bonar, Brothers Scott (Holly) Mertlich, and Matthew (Andrea) Mertlich, as well as three nieces and six nephews.

Mike attended and graduated from Hillcrest High School. He served in the LDS Hamburg, Germany mission and enjoyed serving the people of Hamburg, Berlin, and Hanover. Upon returning from his mission, he worked as a substitute teacher primarily on the Junior High and High School levels, and loved it. He enjoyed building scale models, attending air shows, and visiting with his friends. His quick wit and tremendous sense of humor will be sorely missed.

Nathan passed away after a courageous battle with cancer. He had two daughters, Chelsey an Heather and one son, Kevin.

Phillip's parents were Larue & Phillip of Midvale, Ut. With extended families in Bountiful, Utah, Pleasant View,Utah. He leaves behind a daughter April Singer, a widow Anna. He joined the Army stationed in Fort Bragg, NC. As a paratrooper, until discharged in 1972. I'm trying to obtain his high school graduation pictures if any. As well as his military pictures. I just wanted to share this would at this time. I'm on FB under Anna Dee Jameson. Mail address PO Box 171, Waterflow NM 87421. Thank you. Any information will be greatly appreciated.

Reed Passed away 2008 due to 3rd bought with Cancer the cancer finnally took reed. He was helped by a very good friend through it all we will miss Reed very much

Trudy and her infant son were killed in a car accident in Sardine Canyon in Utah.

In 1989, a bright, beautiful, bubbly 14-year-old Wendy Bennion was diagnosed with bone cancer.

We believe there are angels among us, sent down to us from somewhere up above. They come to you and me in our darkest hour to show us how to live, to teach us how to give, to guide us with the light of love."

Our precious angel, Wendy Lindsey Bennion, age 20, returned to the loving arms of her Father in Heaven September 29, 1995 while surrounded by family and friends.

The youngest of three daughters, Wendy was born August 8, 1975 in Salt Lake to Bruce Lindsey and Nancy Weight Bennion.

Wendy was diagnosed with Ewings Sarcoma in May of 1990. With the help of her Father in Heaven, family and friends, Wendy turned this difficult challenge into an opportunity to serve others. She was a spokesperson for Primary Children's Medical Center and loved to participate in the Children's Miracle Network Telethon, KSL Radiothon and Festival of Trees. Wendy spent countless ours as a volunteer and helping other children with similar challenges. She was loved and admired by all who knew her.

Wendy graduated from Hillcrest High in 1993 and was the recipient of the Courageous Husky Award. She pursued her college education at Salt Lake Community College and then received a leadership scholarship to Ricks College.

In 1994 Wendy received the Salt Lake County Service to the Community Award for her outstanding performance as a citizen of Salt Lake County. She also received the prestigious J.C. Penney Golden Rule Award for continually demonstrating love and kindness to her fellow man. In 1995 Wendy was honored by the Freedoms Foundation, Utah Chapter for "We Believe in Hero's,"

Wendy was an active member of the Church of Jesus Christ of Latter Day Saints, Union 21st Ward, Cottonwood Creek Stake. She loved her Heavenly Father and served Him by sharing her testimony of faith and knowledge of the Gospel with all who knew her. Wendy had a special place in her heart for president Thomas S. Monson and patterned her life after his great example. Wendy was a graduate of Hillcrest High Seminary and also received her Young Women's Medallion. In March she was chosen to be a counselor with the Especially for Youth Program but because of her health was unable to participate.

Special thanks to Dr. Alan Gartrell and Dr. Carol Bruggers for their tender loving care and to many others at Primary Children's Medical Center. 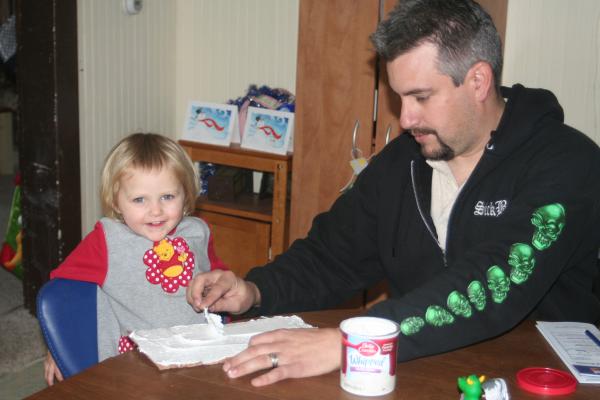 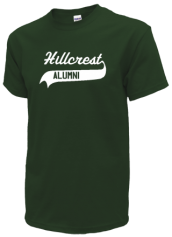 He was a beloved coach, P.E. teacher and drivers Ed teacher ofHillcrest High. All who knew will miss him. He passed away...
Read More »