Anthony attended Harrisburg Public Schools and graduated from the Harrisburg High School. Upon graduation from high school in 1974, he furthered his education at Harrisburg Area Community College and later, Anthony enlisted and served in the United States Air Force and received a honorable discharge.

Anthony was employed as a Corrections Officer with the Commonwealth of PA, Department of Corrections in Camp Hill, PA.

Anthony developed a passion for reaching out to the youth in his community. As the Spirit of God led Anthony into the ministries of the Brothers of Discipleship Step Team, High Steppers Drill Team, Christian Warriors Basketball Team Coach, Boys Scout Committee and the Sports Outreach Program, he never hesitated to use his God given talents. Anthony was most certainly a grace-giver and focused on what he could do for others. His work with the youth extended beyond his Church into the community where he was also known as Coach Britton. Coach Britton was the President and Founder of the Pennsylvania Interscholastic Athletic Association's Running Rebels Basketball Team which later evolved into the Harrisburg Area Christian Warriors Amateur Athletic Union (AAU). Anthony's other coaching positions included the Harrisburg High School Freshman Basketball Team, Himyar Temple Baseball Team, the East Shore Running Rebels, the Red/Black Rebels, and the Harrisburg Area Basketball Team.

Anthony brought joy to many as leaves to cherish their memories of him and celebrate his life, his daughter, Ariss Britton; his sons, Anthony Britton and Akiem Britton; father, Milton Britton, Jr.; sisters, Marilyn Britton-Donley, Angela Britton-Harvey, Cynthia Britton and Jodi Britton-Roman; neices, nephews, and a host of relatives and friends.

Shortly after Anthony's passing, the Anthony Britton Athletic Memorial Scholarship Fund (ABAMSF) was established in memory of Coach Anthony Britton to recognize the years of work he devoted to youth athletics in the Mid-Penn area. Coach Britton encouraged, motivated, recruited and mentored hundreds of young athletes. He recognized that today's youth are tomorrow's leaders and economic drivers and his greatest pleasure came in observing the positive characteristics the youths developed as they matured.

The Anthony Britton Athletic Scholarship Fund is an endowment fund of the Foundation for Enhancing Communities, which is located at 200 N. Third Street, P.O. Box 678, Harrisburg, PA 17108-5040. The ABAMSF is exclusively educational and charitable and was designed to assist students graduating from the Harrisburg High School to further their education at a college or university of their choice.

A 1972 graduate of the former John Harris High School, an employee of Kurvznabe Printing, a former member of Emanuel Church of God in Christ, and an original member of Vinyl Groov. Tony loved music and in his leisure, he was a drummer, collector of cds & dvds, and also loved traveling, shopping and watching western movies.

He leaves to celebrate his life, his sisters, Denise M. Mosby (Wayne) and Sheree Doziar; his brother, Ronald F. Doziar (Judi); his godsons, Ronald Doziar II and Tyree Anthony Newton; his beloved Nadia who he reared, all of Harrisburg and a host of aunts, uncles, nieces, nephews, cousins, other relatives and friends.

Carol Lorraine Wilson Gadsden was born June 22, 1954 in Harrisburg, PA. to her mother, the late Mary Harrison Wilson and her father, the late John Louis Wilson, Sr. She attended schools in the Harrisburg School District, including the former William Penn High Senior High, and graduated in 1972, a member of the first graduating class of Harrisburg High School.

Carol went on to attend West Chester State College where she graduated in 1976 with a Bachelor of Science Degree in Elementary Education, including certification as a Reading Specialist. She earned a graduate equivalency in reading as part of her certification.

In 1974 she married Nathaniel Julius Gadsden, Jr., with whom she raised three children.

She taught in the Harrisburg School District for 35 years at Downey and Foose elementary schools. She dedicated time to mentoring new teachers, sharing her expertise in reading, and tutor children who had difficulty with reading, phonics and comprehension. She retired from teaching in 2012. Also, Carol was an educational consultant for the University of Pennsylvania and a leader in educational science, often conducting training sessions in the delivery of urban education in impoverished areas.

Carol was initiated into Alpha Kappa Alpha Sorority, Inc. in 1980 through Epsilon Sigma Omega Chapter, Harrisburg, Pa. Also, she was active in Jack and Jill, Inc. for many years. She likes to travel; she visited several foreign countries. Also, she loved spending time at the beach.

Carol entered into eternal rest on August 10, 2021. She is preceded in death by her parents. She is survived by her three children, sons Nathaniel Julius Gadsden III and David Louis Gadsden, Jr.; and daughter Danielle Victoria Gadsden, all of Harrisburg; three siblings, sisters Jeanne Marie Wilson Wise, of Laurel Md., and Deborah Anne Wilson Gadsden (Nathan Lee Gadsden), of Mount Joy, Pa., and brothers John Louis Wilson, Jr., of Silver Spring, Md., and John Louis Harrison, of Atlanta, Georgia; 8 grandchildren; nieces and nephews; and a host of other family and friends.

Danita G. Williams, 66 of Harrisburg, passed peacefully on May 7, 2021. She was the daughter of Elizabeth Williams and the late Glenn Williams Jr. Danita was a devoted mother, who loved her children, an avid Eagle's fan, and a member of the NRA. She worked in various roles for Dauphin County for over 20 years. Danita was predeceased by her siblings; Sybil and John Williams. She leaves to celebrate her life her children; Phoenix and Ahmed Williams, and Ahmed's husband, Stephan Ramos. Her siblings; Clarissa Williams, Elizabeth-Renee (Raleigh) Wingfield and Glenn (Cynthia) Williams. Her grandchild; Savayah Johnson and companion; Mark Pron. Hooper Memorial Home, Inc. is handling arrangements and services will be held at a later date. www.hooperfuneral.com www.pennlive.com/obits

The current class reunion chairperson with the beautiful smile and personality. Dee always looked for the best in others. Gone too soon!

Truly great friends are hard to find, difficult to leave and impossible to forget. Dorothy Elizabeth Barnes, 55, of Harrisburg peacefully departed this life on Wednesday - October 6, 2010 at the Harrisburg Hospital.

Dee was employed at Capital Blue Cross as a claims support specialist. She was a very generous person and community volunteer. She enjoyed learning, roller skating, dancing, shopping, ceramics, flea markets, socializing and having fun.

She was born in Harrisburg, daughter of the late James T., Jr. and Idora (Hudson) Taylor, a 1973 graduate of Harrisburg High School, retired from the Commonwealth of PA, Dept. of Transportation, a member of Macedonia Missionary Baptist Church, where she served with the Usher, Kitchen and Vacation Bible School Ministries and in her leisure, loved shopping, flea markets, QVC, HSN and watching soap operas.

Elizabeth Bair, born on November 25, 1954 in Harrisburg, Pennsylvania. She went on to graduate from John Harris High School in 1973. After high school she was employed by Goodwill Industries for a short period of time. She then became an in-home childcare provider to her niece, nephew and other children in the neighborhood.

Elizabeth was a skilled cook and baker who liked cooking for the family. She enjoyed singing, dancing, listening to music, laughing and having a good time. Elizabeth did not have children of her own, but she was a nurturing and supportive aunt to her nieces, nephews and their children. She enjoyed watching her favorite football teams the Chicago Bears and Philadelphia Eagles.

Ms. Bair is survived by her brother Wayne Bair III; nephew Jermaine Johnson and his wife Caryn Johnson; nephews Jamar Bair, Brandon Wainright, Bradley Wainright and his wife Kathy Wainright; niece Denice Belcher and husband James Belcher; Bre’anna Wainright and a host of great-nieces and nephews; aunt Marion Ramsey Hairston, along with many cousins and friends. She is preceded in death by her mother Katherine Bair, father Wayne Bair Jr. and sister Charlotte Johnson 9 days prior.

Floyd Gregory Hamn, was born on February 27th, 1954 in Indian Head, Maryland, to Phyllis Hamn and Randolph Johnson (deceased) and went to be with the Lord, Saturday, December 19th, 2015 in the comfort of the home of his companion and caregiver, Jennifer Ayers.

Floyd was an active member of the Goodwin Memorial Baptist Church. As the years moved on, so did he in his mission to encourage the city, he became known as the “Visitor”. He visited homes, hospitals and walked the streets to encourage those who were sick, tired, or just needed a smile. He would say, “This is what I do, and it is what it is.”

Floyd had his own style of loving people back to life. Even during his illness, he continued on until he was no longer able to. He was known for his beautiful smile, white beard and the shine of his gold tooth.

Floyd graduated from Harrisburg High School and was a star linebacker in the 70’s. He was known as Coach Hamn when he coached the Harrisburg Packers Peewee League for 30 years.

The Best Band Director Harrisburg Cougar Marching Band Had. Created our reputation as a Performing High School Band.
Frankie G. Williams, 64, Harrisburg, passed away Monday at Harrisburg Hospital.
He was retired from PHEAA and was the former band director at John Harris High School.
Surviving is his wife: Tahlia "Cookie" Williams; children: Michael Williams, Krystal Williams and Marcus Williams, all of Harrisburg; 6 grandchildren; and brothers and sisters. 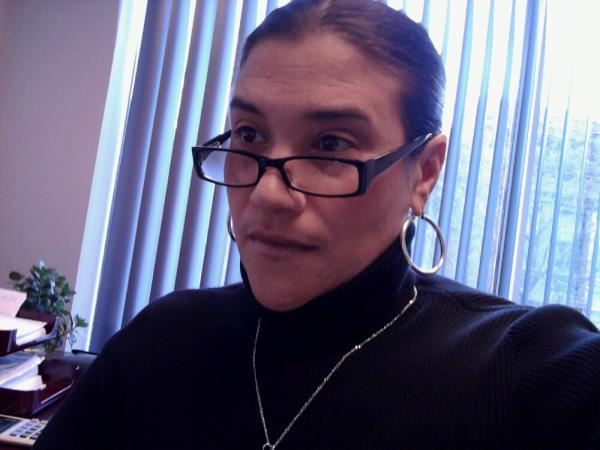 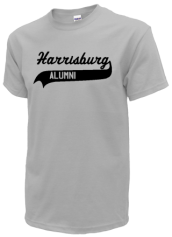