Have you lost your Eddyville-blakesburg High School class ring? Have you found someone's class ring? Visit our Rockets lost class ring page to search for your class ring or post information about a found ring.

Charles Edward Carr, 37, of Kirksville, Missouri and formerly of Eddyville and Oskaloosa, died Sunday, September 12, 2010, at his home in Kirksville, Missouri. He was born Tuesday, September 11, 1973, in Ottumwa, Iowa, the son of Michael Patrick and Shelley Dunsmoor Carr. He graduated from Eddyville High School with the class of 1992. Following high school he worked for Clow Valve, Vermeer, Oskaloosa Engineering and helped his dad with carpentry work until illness forced his retirement in 1997. He moved to Kirksville in 2009. He enjoyed video and computer games and taking things apart to see how they worked. He had a great love for music and will be remembered as a kind, caring and giving spirit.

He was preceded in death by his paternal grandparents: Harry Carr and Betty Carr- Ray.

Funeral services for Charles Carr will be held Thursday, September 16, 2010, at 11:00 a.m. in the Bates Funeral Chapel in Oskaloosa with the Reverend Charlie McMillian officiating. As were his wishes his body will be cremated following the funeral. Visitation will begin in the Bates Funeral Chapel Wednesday after 10:00 a.m. and the family will be at the funeral home Wednesday from 6 ? 8 p.m. to greet friends and relatives. Memorials may be made to the Charles Carr Memorial Fund.

Tony graduated from Eddyville-Blakesburg High School, Class of 1986. He worked for Pella Windows for many years before working for Vermeer and RELCO. He also worked for Witt Auto Salvage for many years.

Tony loved working on vehicles of all kinds, especially demolition derby cars with the MOPAR EXPRESS derby team, which he was a part of. He ran in many derbies himself, and to the derby world, he was a legend. He always enjoyed a good game of poker and followed sports, including the Dallas Cowboys, Iowa Hawkeyes and the Iowa state high school wrestling tournament every year. Anyone who knew Tony knew that he enjoyed being the center of attention. Tony also loved his family very much and the time spent with them.

Tony was preceded in death by his grandparents; an uncle, Richard; and an aunt, Patty.

Funeral services will be at 2 p.m. Wednesday at the Christian Church in Eddyville; with Pastor Richard Grimes officiating. A funeral luncheon will be held prior to services in the church hall beginning at 11:30 a.m. Burial will be in Pleasant Corners Cemetery near Eddyville.

Visitation will open at noon today at the Christian Church in Eddyville with the family present from 6-8 p.m.

Memorials may be directed to Tony’s family.

We lost Troy Homecoming Night October 1985. It was a great loss to our class and to our community.

Obituary for William Butler
William Carl Butler, 33, of Oskaloosa died Wednesday, July 12, 2006, at his home in Oskaloosa. He was born on March 7, 1973, in Cedar Rapids, Iowa, the son of Rex and Ralpha Tunderman Butler, Sr. On November 29, 1993, he was united in marriage to Darcey Parker at Oskaloosa. He started working at Vermeer Manufacturing in 1993, while he was employed there he completed their machinist training program and became a skilled CNC machine operator, in 1996 he went to work elsewhere for a short time, then in 2000, he went back to work at Vermeer until being laid off in 2001. He then went to work at John Deere in Ottumwa, he was employed there as a welder until April of 2006, when back problems forced his early leave. He was a member of the U.A.W. labor union through John Deere. He enjoyed spending time with his children hunting and fishing. He also enjoyed football, especially the Iowa Hawkeyes.

Bill was preceded in death by his father; his step father: Larry Zanger; maternal grandfather: William Tunderman; and his paternal grandparents.

Funeral services for Bill Butler will be held Sunday, July 16, 2006, at 2 p.m. in the Bates Funeral Chapel in Oskaloosa with Reverend Daryl Martin officiating. As was Bill's wish, following the funeral his body will be cremated. Visitation will begin Saturday after 10 a.m. and the family will be at the funeral home Saturday from 6-8 p.m. to greet friends and relatives. A memorial fund has been established in Bill's name.

Bill played football for both Oskaloosa and Eddyville High School and loved the Iowa Hawkeyes. During his employment at John Deere Company in Ottumwa, he had become injured and was awaiting surgery when he was prescribed the wrong medication for his pain (Methadone) and he died suddenly in his sleep at the age of 33 years old, leaving behind a wife and 2 sons. His family and especially brother Rex Butler, Jr., have since become advocates for pain management and the legislation of the prescription drug industry. Methadone is no longer used to treat pain as of this date. 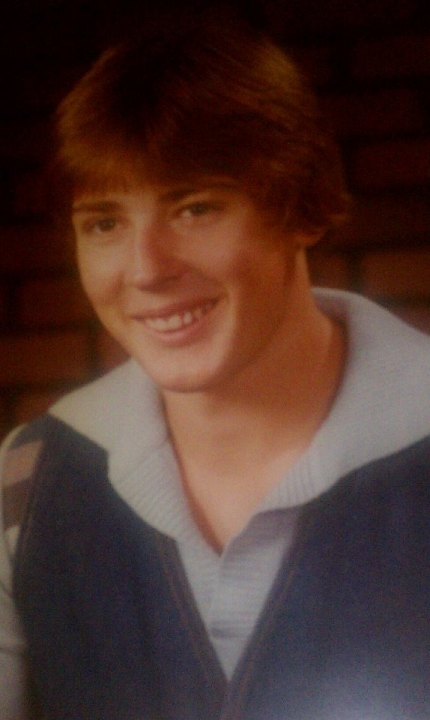 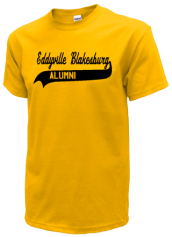 Read and submit stories about our classmates from Eddyville-blakesburg High School, post achievements and news about our alumni, and post photos of our fellow Rockets.