Have you lost your East Union High School class ring? Have you found someone's class ring? Visit our Eagles lost class ring page to search for your class ring or post information about a found ring.

Beryl F. Parks
Class of 1934
Army, 20+ Years
Graduated from Afton HS, 1934.
Inducted into U.S. Army in February 1941.
Beryl served with 1st Infantry Division in the European theater of operations during World War Two, then on the War Crimes Commission. Then he served in the Korean conflict during 1950-51 and received a Bronze Star for service in ground operations against the enemy. He retired as a Lieutenant Colonel in May 1961. Beryl received East Union's Military Service Recognition in 2014.

Brad A. Kasal
Class of 1985
Marine Corps, 20+ Years
Upon graduation from East Union High School in 1985, Brad immediately enlisted in the US Marine Corps. He rapidly progressed through the levels of enlisted marine combat and combat leadership training. Over the years he served in Operations Desert Storm/Desert Shield, Iraqi Freedom, and Enduring Freedom (Various Countries to include Afghanistan).

In November 2004, during the battle for Fallujah, Iraq, First Sergeant Kasal led a mission to rescue fellow marines from an enemy-held house. During the effort he received multiple bullet wounds, nearly lost his lower right leg, and also deliberately absorbed the brunt of an enemy grenade blast with his back in order to protect an injured fellow marine from the blast. He lost massive amounts of blood from these wounds, but was fortunate to survive. He received the Navy Cross for heroism, our nation%u2019s second highest award for valor, for this action.

After recovery from his wounds, Brad was assigned as a marine recruiter based in Des Moines for 3 ? years, working in a five state recruiting district. He is now Regimental Sergeant Major in the US Marine Corps School of Infantry at Camp Pendleton, California as of 2011

In 2011 Brad was inducted into the East Union Wall of Fame honorary. He was also recognized on East Union's newly established Military Service Recognition physical display which includes the names of individuals who were killed in combat, were prisoners of war, or earned high military combat recognition medals during their period of military service.

Private Clifton C. Smith, from Afton High School Class of 1936, entered the US Army in summer of 1943, during World War II. His 23rd Regiment was deployed to Ireland in October for intensive training in preparation for the invasion of France.
On June 8, 1944 (D-Day +2), they landed on Normandy’s Omaha Beach. After 38 days of heavy fighting as the Allied Forces inched steadily forward, Clifton was killed in action on July 16, 1944.

Cody Miller
Class of 2004
Army, 6 Years
Cody is serving in Afghanistan at this time. He has spent the last 3 years in Italy and will hopefully be state side soon.
Report a Problem

Crescentia (Grace) Spare Vinson
Class of 1972
Army, 20+ Years
Many enjoyable ( and not so enjoyable) experiences both oversees and stateside in the Army for 22 years. Met my wonderful husband of 32 years there, traveled to many exotic places ( sounds like an Army commercial) and never looked back. Would do it all again!
Report a Problem

Donald K. Lamb attended Afton High School before joining the US Army in 1953. Over a twenty-eight year career he served in both the Army and Navy.
During his Navy tour from 1958-62 Donald served aboard the USS Sierra during the Cuban Missile Crisis and participated in the Cuban Blockade in October 1962. He received the Armed Forces Expeditionary Medal for this service.
Following his Navy enlistment Donald rejoined the Army and had two tours in Viet Nam. During the second Viet Nam tour he received a Bronze Star with first Oak Leaf Cluster for meritorious achievement during ground operations against a hostile force.
After Viet Nam Donald had tours in Germany near Stuttgart and at Ft. Knox, Kentucky and Ft. Huachuca, Arizona. He had achieved the rank of Chief Warrant Officer Four when he retired in 1982.
A nameplate for Donald Lamb was added to the East Union Military Heroes plaque in 2018.

Gary R. Schad
Class of 1968
Navy, 4 Years
Enlisted in the U.S. Navy 1970 and Honorably discharged 1974 . Spent one tour from late 1970 to early 1971 aboard USS Pitkin County carrying food and ammunition supplies up the rivers to the front line troops . Attained the rating of 2nd Class Petty Officer ( E5 ) in the Engineering Department . I had followed my family members Dad , Uncle and Brother in serving our country in the U.S. Navy
Report a Problem

Greg Foreman
Class of 1978
Marine Corps, 20+ Years
Was in boot camp 3 days after graduation on May 29, 1978 and retired on June 1, 1998. Did a variety of things, such as jet mechanic on A-6 Intruders, EA-6B Prowlers, Crewchief on T-39 Sabreliners, Aircrew on DC-9's, Water Safety and Survival Trainer qualified, Drill Instructor. Spent 2 1/2 years (3 Separate) Med Cruises. Been to several foreign countries, and wouldn't have done anything different if given a chance. Enjoyed my service and reflect back on it as a great part of my past.
Report a Problem

Harold Malcolm Amos joined the US Army in 1940 after graduating from Afton High School in 1939. He became a medic and was stationed in the Philippines.

Captured by Japanese in 1942; he was forced to participate in, but survived, the Bataan Death March. A Prisoner of War in Camp Cabantuan; he was one of 512 rescued during the Great Raid in January 1945.

Back stateside in 1945, he married Loraine Marie Nielsen in San Francisco; they returned to Afton, bought and ran a grocery store, and raised a family.

Malcolm was Afton fire chief for 35 years, and served approximately 10 years each as a City Council member, mayor and Union County supervisor. He was also a life member of the Veterans of Foreign Wars and Disabled American Veterans, and a member of the American Legion.

In 2011 he was recognized on the newly created East Union Military Service Recognition physical display. It honors military service with nameplates for East Union area high school attendees who served in our uniformed military and were killed in action, became prisoners of war or earned high military combat recognition.

H. Miner Eckels, Jr
Class of 1949
Army, 2 Years
Junior Eckels was born January 3, 1931 and grew up on a farm south of Thayer, Iowa. He graduated from Thayer High School in 1949. Drafted into the U.S. Army upon reaching draft age, he made the rank of PFC and was assigned to the 23rd Infantry Regiment, 2nd Division during the Korean conflict. He was killed in action when he stepped on a Korean land mine on October 12, 1952.
Junior was selected for Military Service Recognition by East Union Community School District in 2014.

Lance Corporal Reece was attached to Service Company, Seventh Engineer Battalion, First Marine Division in Viet Nam. He was killed in action near Da Nang by a sniper, while on assignment as personal driver for the Battalion Commander.

In 2011 Wayne was recognized on the newly created East Union Military Service Recognition physical display. It honors military service with nameplates for East Union area high school attendees who served in our uniformed military and were killed in action, became prisoners of war or earned high military combat recognition.

Jack G. Landers
Class of 1993
Army, 20+ Years
**EastUnion MSR 2017**
Jack Landers graduated from East Union High School in 1993. He had enlisted in the US Army Reserves and attended Army Basic Training at Ft. Leonard Wood during the previous summer. Upon high school graduation he reported for active Army duty and took Advanced Individual Training followed by the Airborne Ranger program. He then was assigned to 3rd Ranger Battalion, 75th Ranger Infantry in November of 1993. Over the next 15 years he was deployed to combat operations in Operation Iraqi Freedom five times and in Operation Enduring Freedom (Afghanistan) four times. He received two Bronze Stars and other combat awards, served in key leadership positions and was promoted to the level of Master Sergeant/First Sergeant. In December 2009 he was reassigned to the Military District of Washington and served there until retiring in June 2013. He now resides in the Baltimore, Maryland area.
Jack was selected for Military Service Recognition by East Union School in 2017. 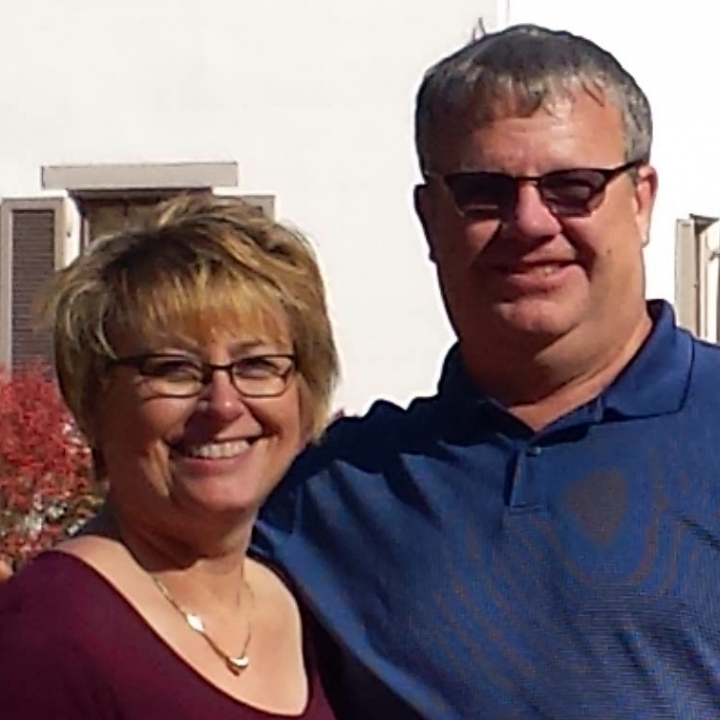 Read and submit stories about our classmates from East Union High School, post achievements and news about our alumni, and post photos of our fellow Eagles.

Post Your News
In Memory Of
Our East Union High School military alumni are some of the most outstanding people we know and this page recognizes them and everything they have done! Not everyone gets to come home for the holidays and we want our East Union High School Military to know that they are loved and appreciated. All of us in Afton are proud of our military alumni and want to thank them for risking their lives to protect our country!