Have you lost your Dundee High School class ring? Have you found someone's class ring? Visit our Vikings lost class ring page to search for your class ring or post information about a found ring.

She was born September 6, 1967, in Ann Arbor to Daniel David Kendrick and Brenda Day.

She graduated from Dundee High School Class of 1985, was active in live theater, enjoyed music and singing, played the piano, was part of the Monroe Community Theater, and was a former member of the Dundee Assembly of God. She loved doing crossword puzzles, karaoke, reading and was a NASCAR Race Fan.

She was employed as a waitress for many years until becoming too ill to work.

Angela will be greatly missed by her huge circle of family and friends.

She was preceded in death by her father and maternal grandfather, Lawrence Day.

Friends may call Thursday from 2 - 9 PM at the Cover Funeral Home in Dundee. Funeral services will be held at the funeral home at 11:00 AM, Friday, 11, 2008. Officiating will be the Rev. Keith Worrell of Ypsilanti. Burial will be in Maple Grove Cemetery in Dundee.

Memorials may be made to the American Diabetes Association.

Age 63, died Wednesday, October 8, 2009 at the VA Medical
Center in Ann Arbor. He was born October 29, 1945 in Monroe, to
Stephen and Mary (Balog) Smith.
On April 6, 1968 he married Julianna Mester in Milan and she
survives. John graduated from Dundee High School in 1964 then
joined the Navy serving two tours in Vietnam. He was a charter
member of VVA Chapter 310 of Washtenaw, the DAV and VFW.
Besides his wife Julianna he is survived by daughters Rosemary
(Don) Griffis of Milan and Malissa Smith at home, two
grandchildren Morgan and Riley Griffis, two brothers Lawrence
"Jack" Szabo of Maybee and Edward (Beverly) Smith of Ypsilanti
and a sister Lillian (Ray) Blakley of TN.
He was preceded in death by his parents, brother Robert Szabo
and a nephew Roy Blakley.
Visitation will be 5-8pm Saturday and Sunday 2-4 and 6-8pm at Ochalek-Stark Funeral
Home, Milan where services will be held 11:00am Monday. Burial following at Marble Park
Cemetery. Memorial contributions may be made to VVA Chapter 310 of Washtenaw.

John was a lover of life. After school, he joined the U.S. Navy where he served as a BT Mate. Upon returnig home, he married Julianna Mester. THe two had two beautiful Daughters, Rosemary and Malissa.
John was preceded in death by his parents, a brother, and a nephew. He will be missed

The Monroe Evening News, Sat. June 11, 2005 Obit:
Troy W. Goodridge Nov.16, 1968-June 10, 2005. Dundee -- Troy W. Goodridge, 37, of Dundee died Friday at his home of undetermined causes; the medical examiner's office is investigating.
Friends may call Sunday from 2 to 7 at Cover Funeral Home. He will lie in state from 10to 11 a.m. Monday at Dundee United Methodist Shurch. The Rev. Kathleen Groff will officiate. Interment will take place at Maple Grove Cemetery.
Born Nov. 16, 1968, in AnnArbor; he was the son of Lyle H. and Lucy V. (Stempien) Goodridge. He married Ann M. DeBruyne Nov. 1, 1997.
He was a graduate of 1987 Dundee High School and was employed at the Chrysler Sterling Heights Stamping Plant as an inspector for almost eight years.
He was a member of Dundee United Methodist Church and enjoyed hunting, music, his motorcycle, his guitar and was in a local band, Heavens Noyz.
Surviving are his mother of Dundee/ his wife/ two daughters, Heather Goodridge and Theresa Leighann Jean Goodridge, both of Dundee; a son, Troy of Dundee; two sisters, Lyla (Sam) Lieto of Adrian and Arleen Wiech of Dundee, and a brother, Lyle (Pamela) of Saline.
He was preceded in death by his father.
Memorials may be made to a charity of the donor's choice. 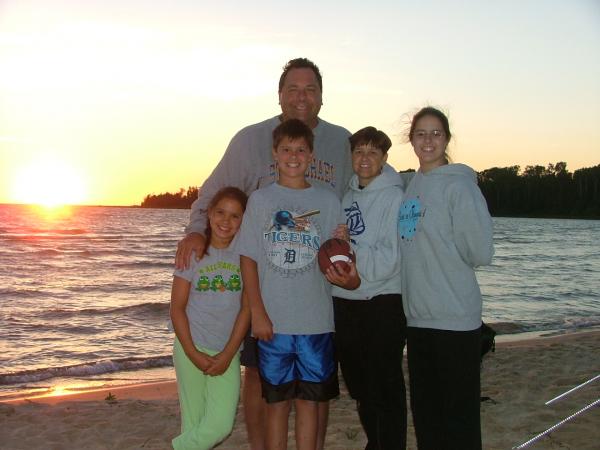 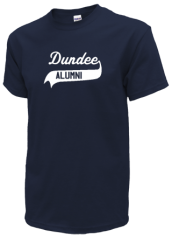 Read and submit stories about our classmates from Dundee High School, post achievements and news about our alumni, and post photos of our fellow Vikings.