Have you lost your Cypress Lake High School class ring? Have you found someone's class ring? Visit our Panthers lost class ring page to search for your class ring or post information about a found ring.

Amy Luidhardt
Class of 1989
Navy, 14 Years
I am an Electronics Technician
Report a Problem

Burr Walker
Class of 1967
Navy, 20+ Years
29 years stationed all over the world
Report a Problem

Chauncey Brown
Class of 1998
Navy, 8 Years
Served 8 years in U.S. Navy Submarine fleet.
I got out of the the Navy with an honorable discharge as an E-6, Machinist Mate (weapons) First Class, Submarine Service.

clifford topper
Class of 1994
Army, 3 Years
I served 3 years in the army. Two at fort benning Ga. and 1 at Camp Casey Korea
Report a Problem

Colin Danaher
Class of 2004
Air Force, 3 Years
I'm a mechanic on the F-16 fighter. I've been stationed up here in alaska for the past couple years.
Report a Problem

John P. Simpson
Class of 1975
Army, 20+ Years
Joined the Army just to see the world for three years. Wow how plans change. Came back to the Beach and took a bride (Melanie Davison CLHS Class 77) and never looked back. With the help of Melanie' s parents we were able to travel all over Europe. We even went to the Royal Wedding! I did have to do SOME military stuff. I was in the MP Corps so there was alot of physical security. Last tour was at Fort Rucker, AL as an MP Investigator. I also have a Recruiter Ring for my three year tour at Albany, Georgia.
Report a Problem

Joseph W. Whitehead
Class of 1967
Marine Corps, 2 Years
Joined Jan. 1968, Rifleman marksman, after bootcamp was deployed to Viet Nam. Got wounded in Aug. 1968. Sent to Charleston Naval Hospital S.C. till I was medical discharged in Feb. 1970.
Report a Problem

Leah Meador
Class of 1973
Army, 3 Years
Stateside LPN during the Vietnam era taking care of our boys in Army hospitals who could not go home due to their injuries.
Report a Problem

victor everett
Class of 2001
Air Force, 3 Years
He is a life support tech.
Report a Problem 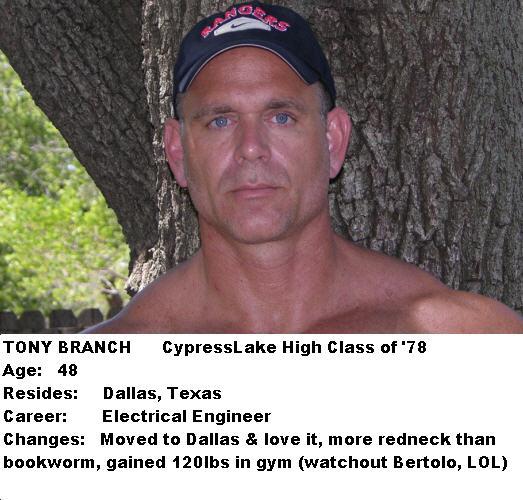 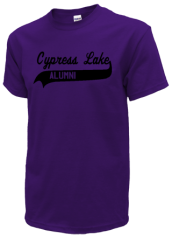 Read and submit stories about our classmates from Cypress Lake High School, post achievements and news about our alumni, and post photos of our fellow Panthers.

View More or Post
In Memory Of
Our Cypress Lake High School military alumni are some of the most outstanding people we know and this page recognizes them and everything they have done! Not everyone gets to come home for the holidays and we want our Cypress Lake High School Military to know that they are loved and appreciated. All of us in Fort Myers are proud of our military alumni and want to thank them for risking their lives to protect our country!