Have you lost your Chapmanville High School class ring? Have you found someone's class ring? Visit our Tigers lost class ring page to search for your class ring or post information about a found ring.

Mac was a teacher and Dean of Students during 1970-1979 at Chapmanville High and Junior High schools. He was Senior sponsor and an assistant football coach. He was an active member of the Chapmanville community, and well respected by all who knew him. Mac passed away at his home at the age of 63.

My father graduated in 1940 at age of 16. He went to war as did most young men his age to fight in the Pacific theater in WW II as a marine . He was a wonderful father and man that was and is my personal hero. He passed away 1999 and is very much missed. He went on to have 4 children and 3 grand children. His loving daughter

Kathy passed away in March 2007 of breast cancer. I had known Kathy since we started at Big Creek Grade School in 1958. I loved her so much and prayed every day that she would be able to survive.

Ralph was born on 1/27/1965 and was a member of the graduating class of 1983. He was just finishing up his degree and was going to be a phys. Ed. teacher. He was sitting in his vehicle on a parking lot talking to a friend when another vehicle came around a curve and lost control and hit him causing his death. Ralph was a friend to many. He loved basketball and was a member of the Chapmanville High School Tigers basketball team. 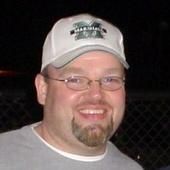 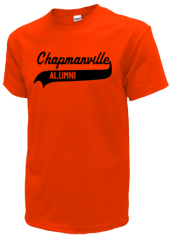 Read and submit stories about our classmates from Chapmanville High School, post achievements and news about our alumni, and post photos of our fellow Tigers.

Still no response on the key ring and keys I found in Myrtle Beach, SC...does anyone know someone who went to school at ...
Read More »